A Paragon Of A Blog! 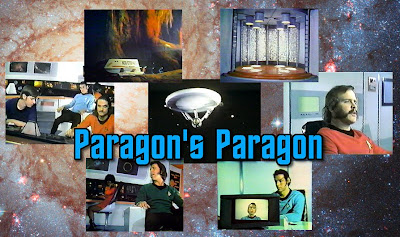 
We fans have been curious about the fan-film "Paragon's Paragon" since reading about it in an early issue of "Cinemagic." (Read the post with that article here, and a followup article with many screencaps from the film here.) Well, after finally tracking down the man primarily responsible for it, John Cosentino, and emailing back and forth several times, I have heard some good news back from him; he has started a blog that gives all the inside info on this early and ambitious fan film! John's email contained this interesting information about the new effort:

I have finally decided to give into the Paragon seekers and have started a blog. Eventually it will have video clips but for now photos and history of Paragon and why it took so long to finish. As much behind the scenes information as I can muster up and never before seen photos. I hope they will like it.

Currently the last series of articles are the projects that kept me from finishing Paragon and are the first ones seen on the blog. Just scroll down and the Paragon stuff is there. The next series of articles will focus on "Paragon's Paragon." I felt it was important to show why I was distracted from Paragon.

Thanks for having a great Star Trek blog!

So there you have it, straight from the source. Visit the blog regularly as footage is to come!

Bonus link: Below, a captioned photo from the sci-fi humor page that spins off of "I Can Haz Cheezburger" groups of sites. Lots of fun, even if I have never been successful in getting any of my own captioned pics to post there for some reason. 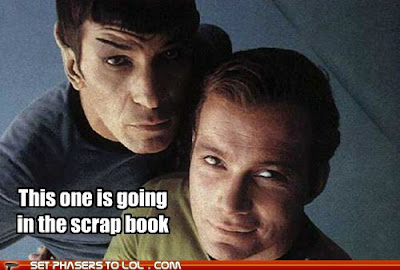 The Star Trek Giant Poster Book (actually a magazine) was one of the greatest publications to come out in the 70's on the show, and I never missed an issue. I said earlier that I would post all of them, and I plan on doing so, starting back now with issue #4, published December 1, 1976. (Read all of the previous posts by using the tag link.) They are spaced apart somewhat since I have to scan them in sections then put them back together in photoshop, all for your enjoyment. You may leave a token of your appreciation in the tip jar on the counter. Or better yet, leave a comment!

(Click on images to enlarge. Once the image loads,
you may have to click on it again to view full size.) 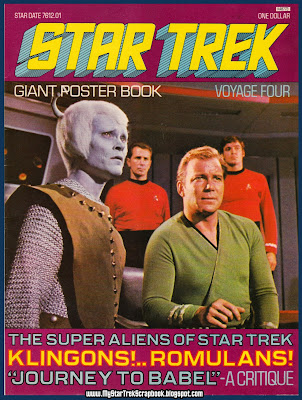 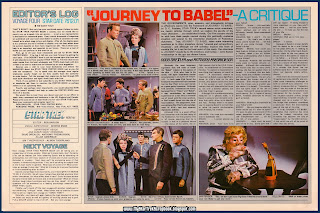 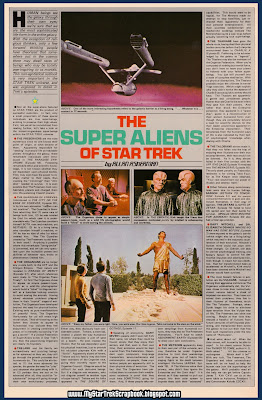 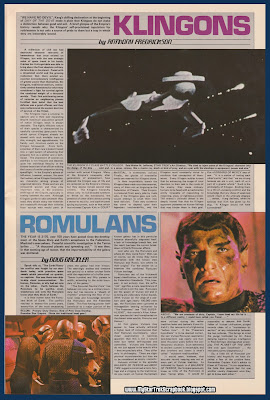 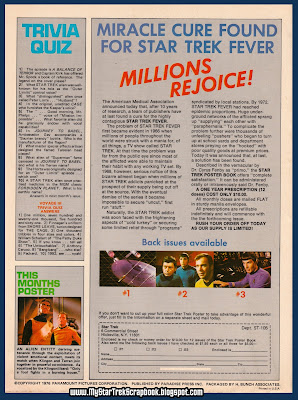 As for the interior poster, you can see what it was from the thumbnail preview on the back cover, a frame blowup from "Day Of The Dove." No need to open it up and take a photo of it for this post, since it's not a great poster. In fact, that was the one consistent criticism I had against the magazine; most of the posters were simply grainy frame blowups, and only once or twice did they use sharp promotional photos, which were by far the best ones. Why they didn't go that route every time, instead of film clip enlargements, I have no idea; but the whole idea of the poster book suffered because of it. On the whole, though, an excellent publication.
Posted by Frederick 15 comments