Most of the time, this blog is publishing items in my collection. But sometimes, when something extraordinary from Trek's past shows up, I will feature it, like the time the original Phaser Rifle turned up. Today, I saw a post shared by Trek contributor Doug Drexler that came from one Edward Barocela that revealed a wonderful story of a visit to the Star Trek soundstages and a photo not seen since.

Here is the photo: 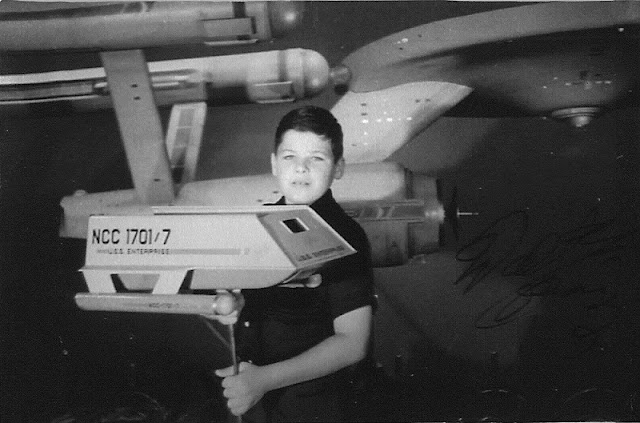 And the story behind the photo:

Edward Barocela‎ posted to the group STAR TREK - The Original and ONLY Timeline:

"Nearly 49 years ago, my father Edward Sr., a motion picture engineer, was hired by Film Effects of Hollywood to work on upgrading the optical printers. One Saturday, my brother and I were out with Dad as he ran some errands. He stopped off at work and left us in the lobby of the building as he went inside to do something. Presently, a man walked by and noticed us by ourselves, bored and fidgeting. He said, "Hey, kids, do want to see a real spaceship?" Naturally we said yes, and he gave us directions to a set of double doors. We went through the doors and found ourselves on a small soundstage. And there she was: the Starship Enterprise. They let us work the control console to turn the big model's lights on and off, and to run the engine dome rotors at different speeds. They also let us handle the shuttlecraft and Romulan ship models. Needless to say, this experience made huge impression on me. I was 10 years old. Years later, my mother sent me this photo. I didn't even remember that anyone had taken pictures at the time."

Too cool!
Posted by Frederick 2 comments

Indeed, far beyond anyone's imagination, it has lived long and prospered. 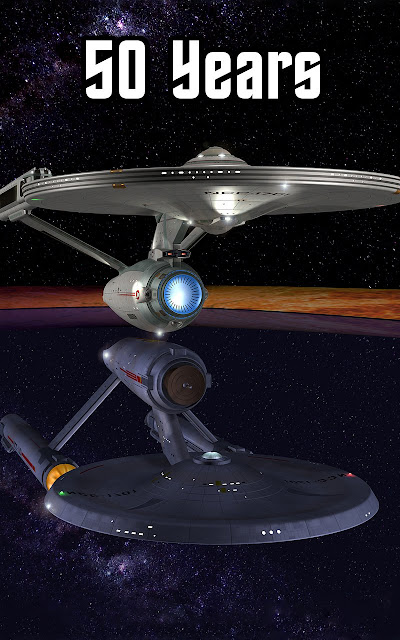