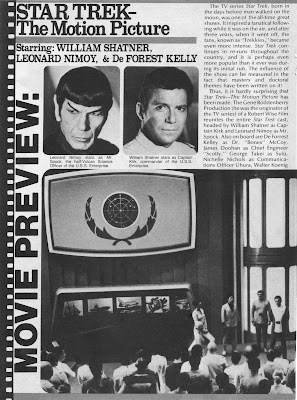 I clipped these pages from the January 1980 edition of "Movie Stars" magazine. It actually came out in December of 1979, just before the movie. My Trek-sensors were on maximum power and I found articles and news items everywhere! 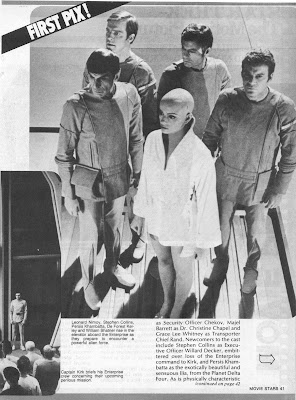 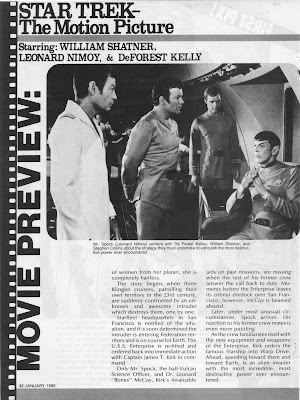 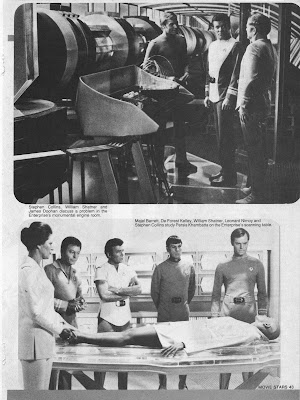 I think McCoy's being affected by the Deltan pheremones... his palms are starting to sweat.

Another Funky Winkerbean strip , from 12-8-79.
As a humorous aside, my stepdad was particularly on edge during that Christmas season. Star Trek was everywhere, and it raised his blood pressure to see it so successful in the public eye and so prominent. Star Trek was two four-letter words in our house because of my love for it, and suddenly, it was on TV commercials, in the newspaper, on the radio, etc. His knowing that I was enjoying it all made his life a little more miserable, and when we were both in the room when a TV spot played, the tension level rose dramatically, as if I had something to do with it. His fingers would involuntarily tighten around the edges of the newspaper page, and I would act as if nothing special was on, all the time trying not to watch the TV too closely. He couldn't even escape it in the funny page, as you can see from the comic strip above!
In space, no-one can hear you scream like a little girl... 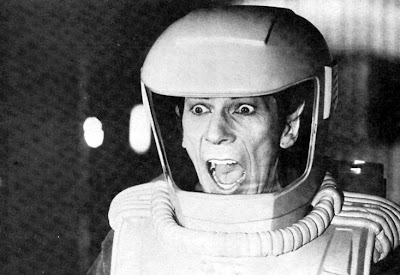 Too late, Spock realized that you should never unzip your fly in the vacuum of outer space.
Photo Caption Fun! Have a funny idea? Leave your own caption for this photo in the comments area. (Btw, this unusual and somewhat alarming photo came from here.)
Posted by Frederick

I definitely can't top that caption!

"V'Ger sends Spock a vision of the plot of Star Trek V" is my best.

That's a good one! I thought about something like that, actually... it was "Nimoy gets word that Shatner gets to direct #5."