1979 was one of the most exciting years to ever happen for many Trekkers, and especially me. From that heady time comes this interview with director Robert Wise from Issue 30 of Starlog magazine, which came out in December of 1979, bearing the cover date of January 1980. For many, this issue came after they had seen the movie, but since I had to wait until January to sneak off to see it (thanks to my uptight and perpetually-irritated stepfather) this material only stoked my fervor. 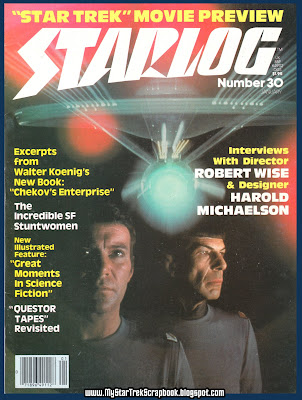 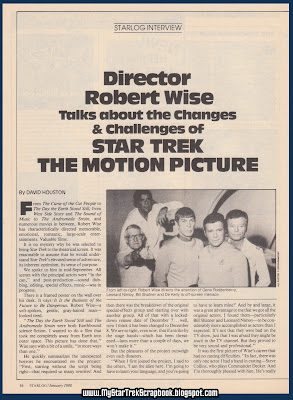 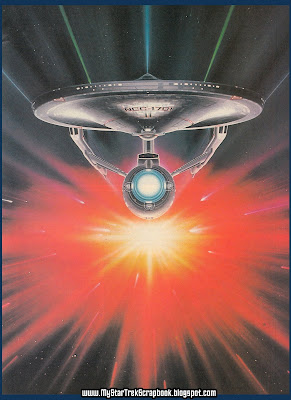 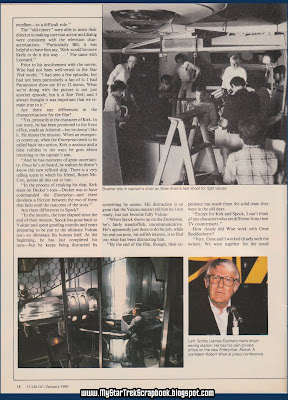 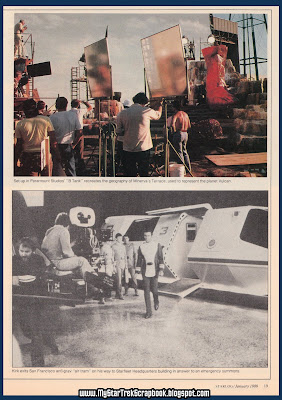 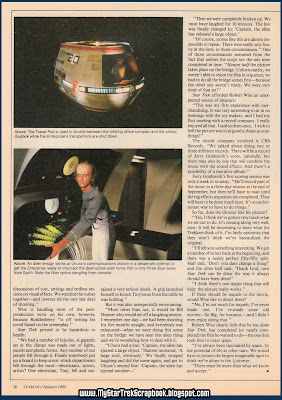 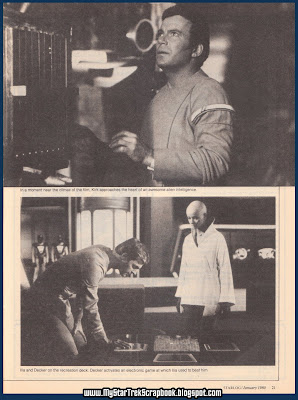 However, the excitement was tinged with worry, as early word leaked out that the movie was less than stellar. We kept on believing, though, and didn't let the rumors dampen our anticipation. This article by Tribbles author David Gerrold from the same issue did worry me, though... fortunately it did earn enough to warrant a sequel, which amped up the action factor. 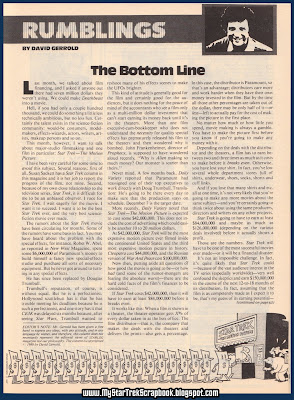 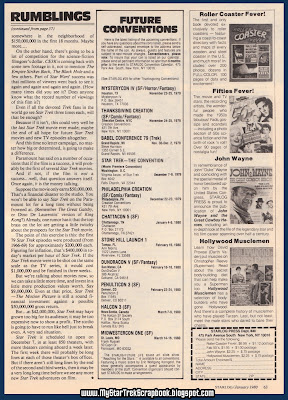 Bonus: From 1967, a photo of Shatner on a smoke break, from one of the movie-TV gossip magazines. 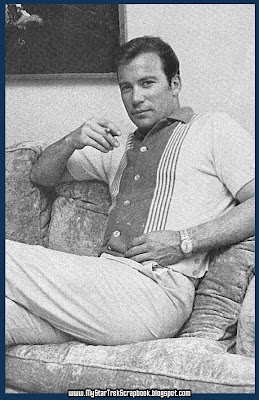 "I could knock the Marlboro Man right out of his saddle."

Coming soon: the Harold Michaelson interview from this same issue.

The anticipation of actually seeing the movie the day it opened was tremendous (I saw the film twice that day) and seeing it, I was a bit let down, but too much of a Trekker to admit that I was disappointed. I have to say that the greatest ST: TMP thrill for me happened in summer of 1978 when my local paper ran a black and white photo of the cast on the bridge of the Enterprise while principle protography was still taking place. Seeing the cast finally back together, poring over the picture to get every detail of the new uniforms and refurbished control panels on the bridge ... and imagining how great the film was going to be. Now THAT was excitement!

Thanks for commenting and sharing your memories! I'm betting we saw the same photo in 1978 on the same day in our respective newspapers. That picture rocked my world! Here is the post where I feature it, let me know if that is it.
http://mystartrekscrapbook.blogspot.com/2008/11/enterprise-to-fly-again.html

Great post, as always. Interesting to see the Enterprise artwork in the third image.

I remember seeing a version of this promoting Star Trek: The Official Fan Club magazine around 1988. It was also on Star Trek: The Astral Symphony soundtrack compilation CD and featured on a circa-1992 VHS boxed set of the six movies.

Surprised to see it actually dates back at least as far as 1979!

I always enjoyed Star Trek TMP actually - I think the big issue with it was actually Shatner's acting, which was even more wooden than usual. The guy who played Decker was also horrible -- if those two had stepped up with better performances, the movie would have been much improved.

Speaking of Shatner - have to say he was a great looking guy back in the day! That last picture is hot! Great a$$!