Back in the late 70's and early 80's there were a number of cheaply-produced magazines put out to capitalize on the sci-fi boom by one company, all with photo-montage covers or strange generic sci-fi paintings. They carried names like "Space Trek," "Space Wars Heroes, " "Weird," "Warp," etc., all put out by the infamous Myron Fass, known for his multitude of exploitational and trashy publications (read the whole sordid story here, a NSFW link). Sucker that I was for anything Trek-related, I bought some of them as well, and occasionally a recognized author like Allen Asherman would contribute, like in today's featured interview with Nichelle Nichols. This is from the first issue of "Space Trek" put out in winter of 1978. 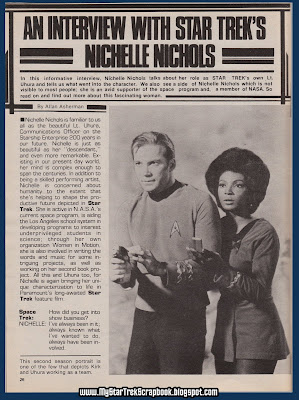 That's actually a nice photo below of Nichelle from "Plato's Stepchildren" that I had never seen anywhere before, so sometimes they printed something not seen absolutely everywhere else. 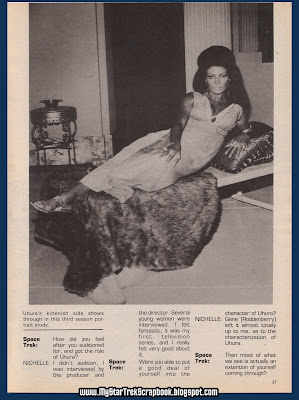 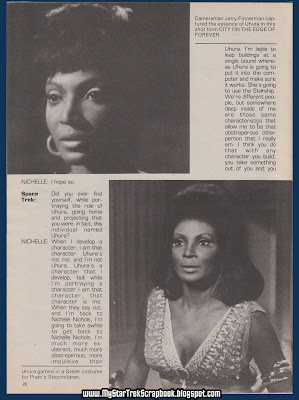 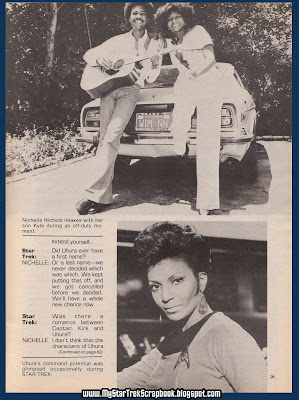 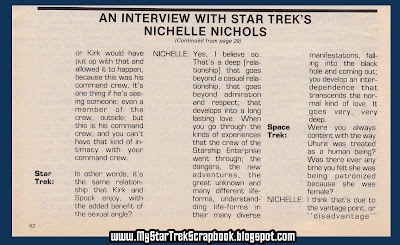 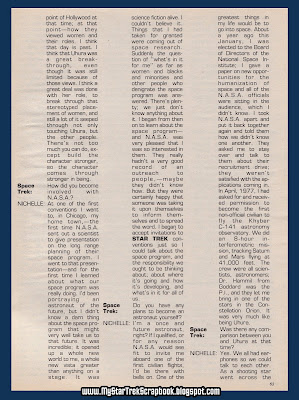 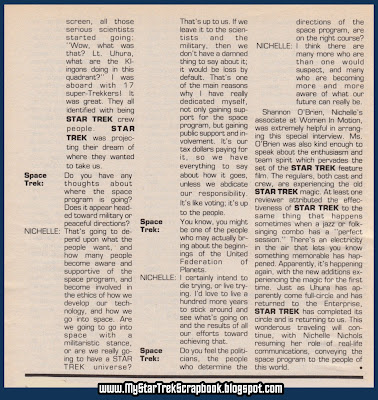 Bonus: Below, a nice big photo of Nichelle at her loveliest. 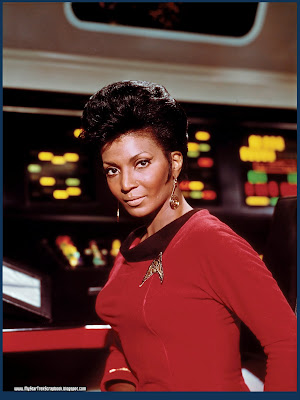 Below, another photo of Nichelle at her loveliest... wait, I said that already. Can't it be true again, though? 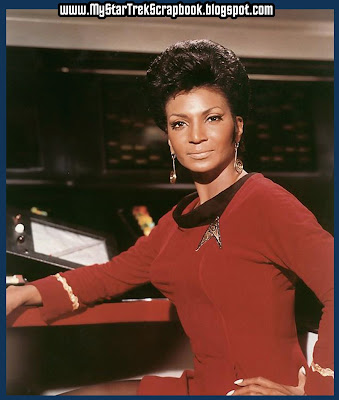 Nichelle has aged beautifully, as attested by the photo below. 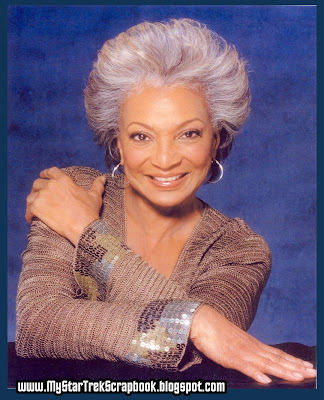 She has been and always will be stunning

Agreed, she is a lovely, lovely lady.

Oh yes! I agree she is lovely! I only wish I could be that good looking!

I love this blog!