Alexander Courage: The Music of Trek

From the pages of Starlog #107, published June 1986, comes this article on Star Trek's first composer, Alexander Courage. Courage set the tone for the series as other great composers contributed their talent, and left his indelible mark on it from beginning to end.

(Click on images to enlarge. You may have to
click the opened image again to view full-size.) 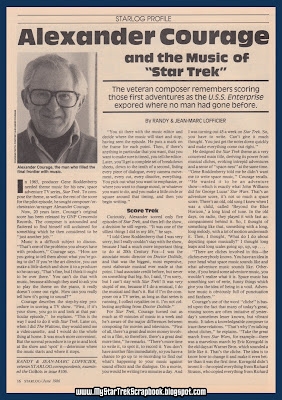 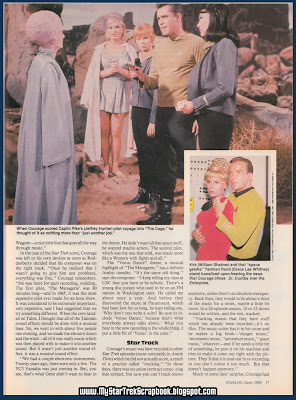 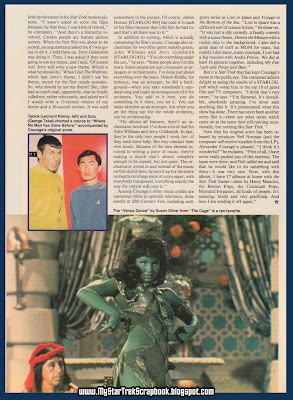 Over the years Courage's memory (or other people)may have substituted the phrase "Venus Dance" for what was originally "Vina's Dance," but the title still fits as she could have been a green goddess of love. The article mentions Neil Norman's efforts at getting some of the original series music released on LP, for which I, and many other fans, were eternally grateful. This music deserves to be heard on its own, unedited for timing and such. It's truly some of the best music written for television, and remains memorable today!
Posted by Frederick

Thanks for running this article. I love Courage's music and, as a trained musician and still a lover of good music, his gives me goose bumps on almost hearing. "Beyond the Blue Horizon" is a wonderful inspiration for Star Trek, too. A memorable tune with a wonderful lyric of sailing and love.