US magazine preview of ST:TWOK

From the pages of the June 22, 1982 edition of "US" magazine, comes this preview of the Vonda McIntyre novelization of the upcoming movie. The tease of the scene is preserved as well as the movie, since it was not revealed in the excerpt that this was only a simulator exercise. It served well to pique the interest for the movie and make many reading think that it was indeed how Spock died, effectively setting them up for the trickery of the scene in the film, which derailed one's expectations of Spock's actual death scene later.
(Click on images to enlarge.) 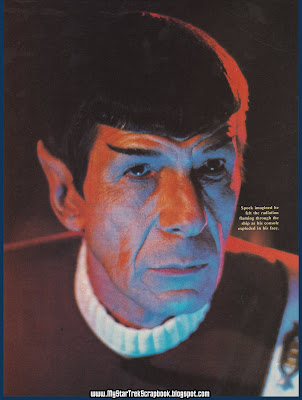 Remember, word had leaked out early that Spock was going to die in the movie, prompting fan outcry and letter writing protests. In early drafts, Spock did die near the beginning of the film, shockingly. But realizing that the shock factor of Spock's death had been lost, the simulator scene was written to fool the audience into thinking "oh, this is what made people think Spock was going to die, we can relax now because it was a mistaken rumor." Then when the actual big death scene came, it was still a surprise. The leak actually helped the movie script be better than it might have been. See, fans can influence the moviemakers! The effort didn't spare Spock, but made his death more meaningful and dramatic within the context of the movie. 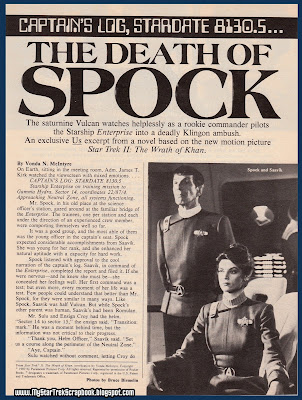 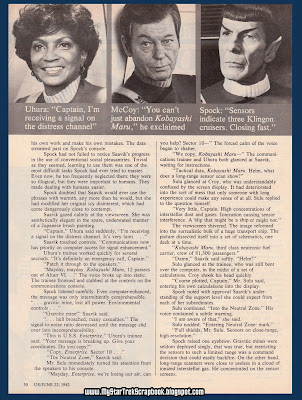 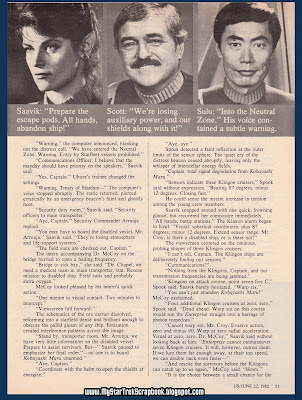 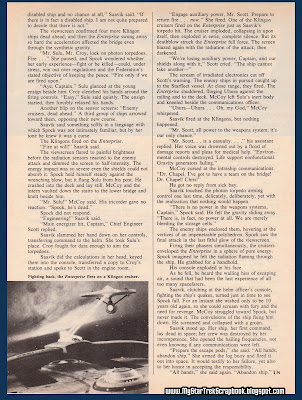 Bonus: Below are several pages from the 1980 "Enterprise Officer's Manual" by Geoffrey Mandel (and co-illustrated by Doug Drexler) that deal with some elements of "Space Seed," the episode that introduced us to Khan. As you can see by the cover below, it was a spiral-bound notebook affair, and since it was not licensed, but a fan-produced book, it was not available on a widespread basis at the time; I bought my copy at the specialty shop "Starship Enterprises" in Ft. Lauderdale. It was, however, very influential, and the idea was used in several licensed books later on, as well as some of the information contained within. 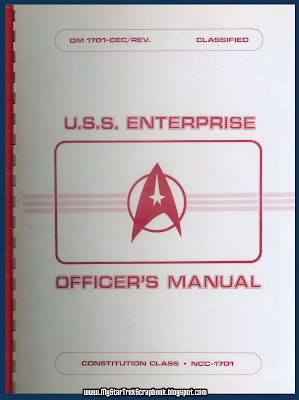 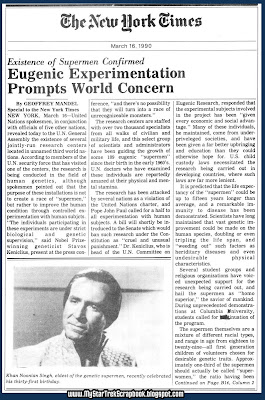 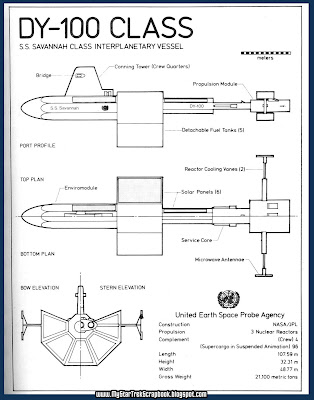 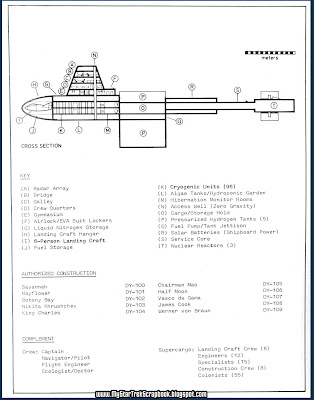 Update: Although the link has been on my sidebar for awhile, in looking through the contents of the "Star Trek Blueprints" site, I see that they have the entire Officer's Manual posted. No need for me to scan in more pages, since all are viewable here! Enjoy.
Posted by Frederick

I had no idea that they set up the scenes that way. I sorta sounds like how Terminator 2 made it unclear as to what each Terminator's objective was.

I love the newspaper article inspired by "Space Seed." It could very easily fit into Star Trek continuity.