From issue #51 of "Star Trek: The Official Fan Club Magazine," comes this cover article on my favorite mini-skirted African-American Communications Officer; clarifying "favorite" because their was another. (Did you know that? I'll be doing a post on that subject soon.) Anyway, this interview with Nichelle Nichols was conducted a couple of months before the release of "The Voyage Home," in which she had a larger role than the previous films.
(Click on images to enlarge.) 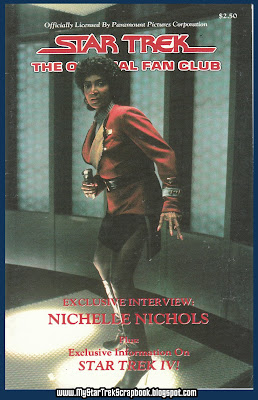 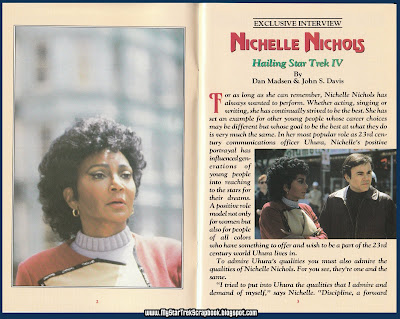 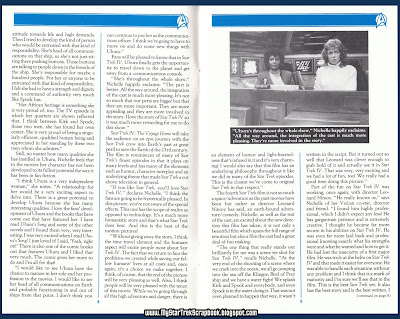 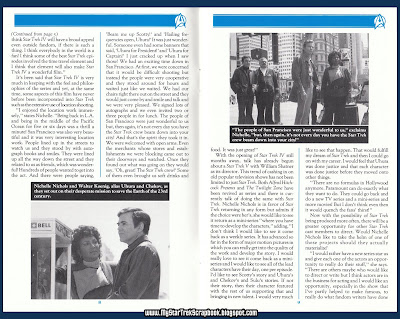 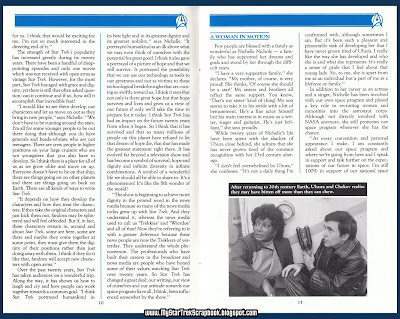 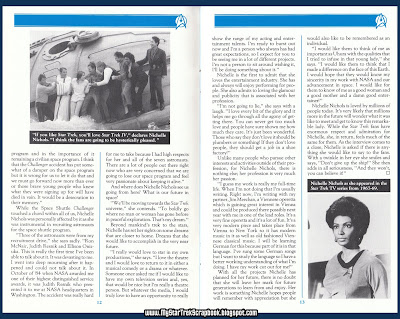 Bonus: below, a lovely publicity shot of Uhura from a set of photos in the official newspaper press kit. I got quite a few press kits back in the day since I was friends with the lady that worked at the newspaper who dealt with them. 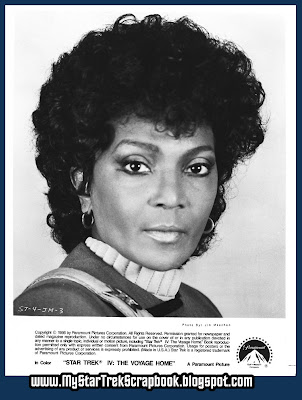 Thanks for the post. I had this back in the day. I love this blog.