Article from the July 1967 issue of the magazine "TV Star Parade," reprinted in an issue of the fanzine "Enterprise Incidents."
(Click on images to enlarge.) 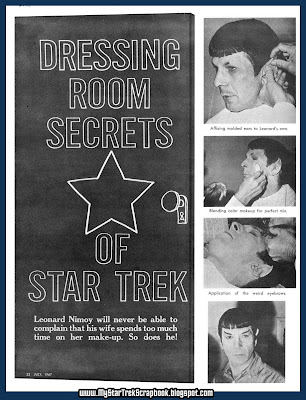 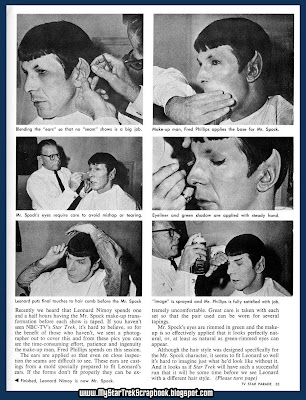 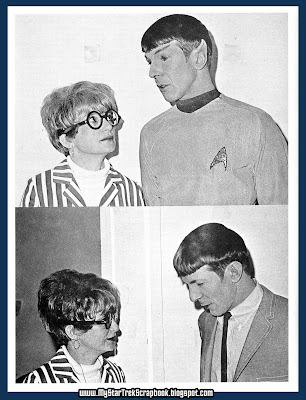 Below, Leonard in the makeup room during the filming of "Amok Time." Note the other Vulcans on the background; the "executioner" and "Stonn" played by Lawrence Montaigne, who was once considered a replacement for Nimoy if he wasn't signed again. I recently saw Lawrence playing an alien in an episode of "The Invaders," and he certainly has the alien "look" that it takes to play a Vulcan. 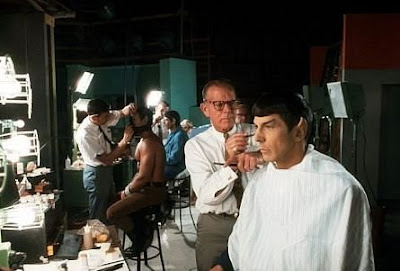 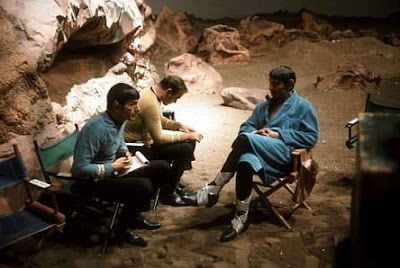 Nimoy relaxes in between takes of filming "Amok Time" with Shatner and Montaigne.

Science-fiction fan favorite Virgil Finlay drew this pen and ink portrait of Spock, working from a pre-series publicity still. It was used for the cover of a mini-convention magazine in the mid-70's, which is how I came to have a copy of it. 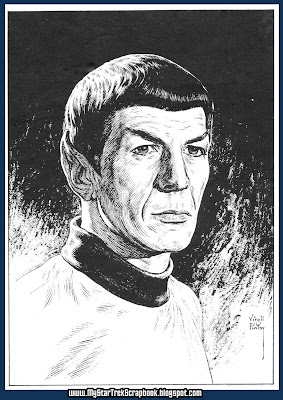 Do you ever come across anything with Celia Lovsky in it? We saw an issue of "Enterprise Incidents" with an article dedicated to her after she died, but couldn't afford it at the time and have been trying to track it down ever since.