The move to Friday in 1968 was the beginning of the end, but it didn't go down without a fight, with the fan letter-writing campaign saving it from cancellation at the end of season two. The bad timeslot, paired with the drop in quality (and budget) after Roddenberry withdrew in protest, was deadly. But the articles printed at the time are fun to read, as they gave hope to the fans at the time. 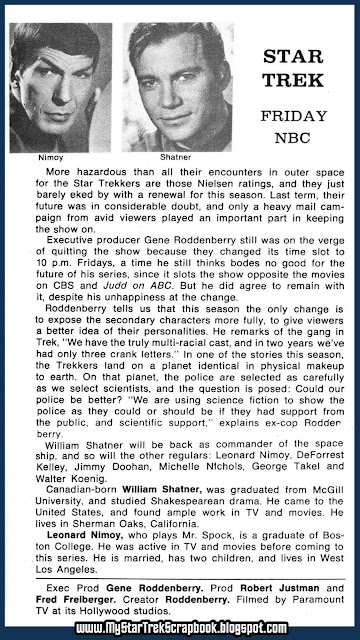 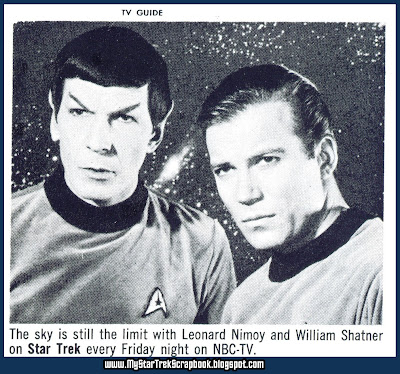 And an earlier ad for the start of season 2: 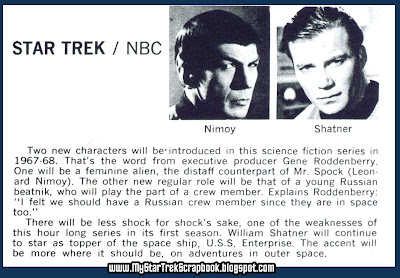 It's too bad they didn't introduce the female Vulcan character in season two, as mentioned in the write-up above. We had to wait until "Star Trek II: The Wrath of Khan" to see that. However, the might have been referring to the charcter of T'Pring, as a reader of this blog noted in the comments.


Below, the less-than-enthusiastic Nimoy and Shatner feign excitement over the death-knell of being exiled to Friday night. 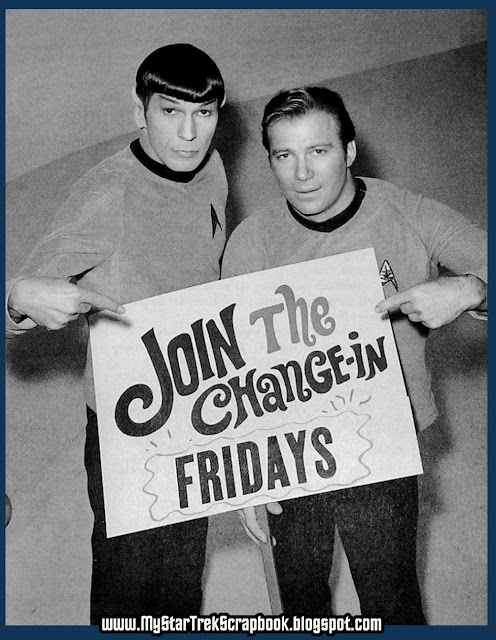 Well, they DID introduce Spock's female Vulcan counterpart... T'Pring. In the first episode of the second season... they may have been talking about her.

Thanks for visting and commenting! Treu, they might have been talking about that... it never occured to me!

Thanks for pointing that out!