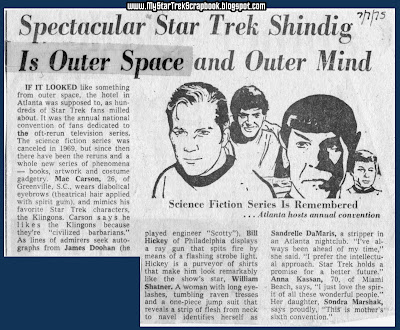 Above is the first Atlanta Trek convention I was aware of, clipped from the Macon

Telegraph on July 7th, 1975. I was 16 at the time, living in my hometown of Macon, GA, and Atlanta was tantalisingly only a little over an hour away. But it might have as well have been in California for all the chance I could go; the Anti-trek Gestapo (my stepfather) would see to that. I would have liked to have encountered Sandrell DeMaris.. an intellectual stripper. Isn't that the best kind? Notice that Sondra Marshak is mentioned, who was famous in Trek circles for her fan fiction stories. She and friend Myrna Culbreath went on to be professionally published as they co-authored over a half-dozen early Star Trek books, which were some of my favorites at the time. 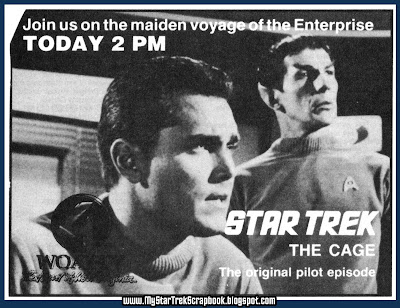 Below is a pen-and-ink I did back in the late 70's of the Rigel VII fortress, the location of Captain Pike's exciting fight with the barbaric Kalar. "The Menagerie" was one of my favorite episodes (both parts) and I devoted a number of drawings to it, which I'll share here as time goes by. 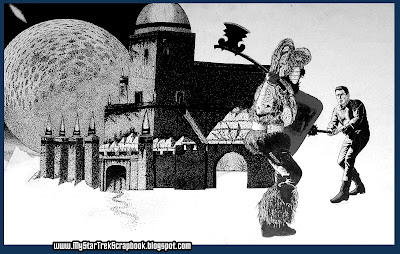 YOU did that artwork? That's amazing! You should have been published in one of the fanzines of the time (the type you're now scanning and posting for us on your website).

Thanks for the compliment! I would have loved to contribute to some of the fanzines, but I knew no-one that did them, and was lucky to get the ones I found, "Trek" and "Enterprise Incidents." I was isolated from other Trekkers at the time due to a controlling and hostile stepfather who didn't want me to have friends, and certainly not ones interested in the same things. Of course I had them anyway, at school, but could never bring them home like others did. But interacting with those that I would need to write (and get mail back from) was out of the question in that household.