Today's item from the collection cabinet is a goodie from the first issue of Starlog, published Aug, 1976. I've already posted the cover and some memories of this landmark first issue, here. Now, I begin posting the actual articles contained within, starting with one that is especially interesting in light of what all has come about since it was written. 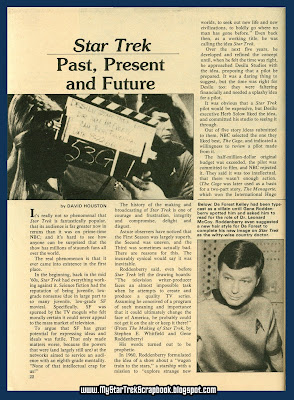 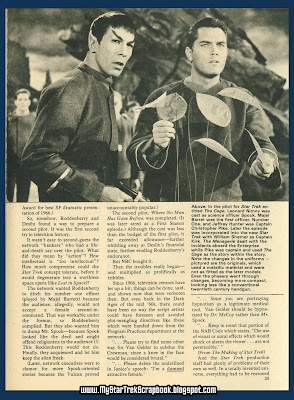 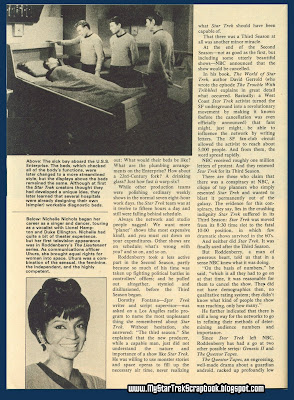 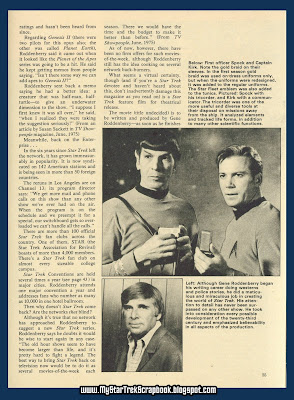 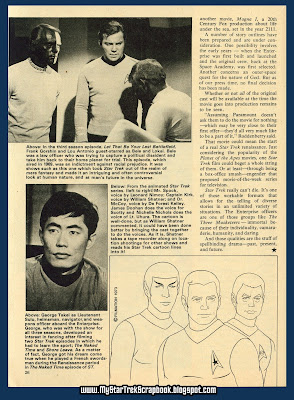 Bonus: below, a newspaper clipping about Bill's TV movie "Indict and Convict," from 1974. You can see the old tape that holds it in my first scrapbook, which was a school notebook.

Bonus: Below, Kirk discovers that the time of captivity on Mudd's planet could be filled in some entertaining ways. 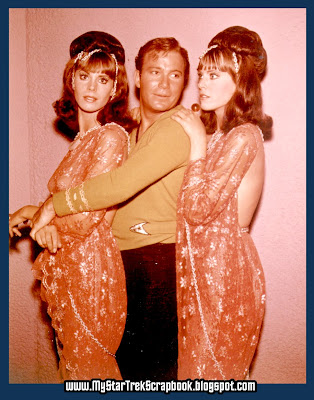 "So, you say you are both fully functional?"

Starlog was THE GREATEST..!! I still remember finding the first issue. My life changed. I love all the initial issues, MILES above anything else at that time for quality and in-depth reporting of current sci-fi stuff. LOVED the second issue with the Space:1999 color insert as well.

Thanks for commenting! Glad to hear from someone else whose world was rocked by a simple magazine... :) Good memories, huh?