The old collection cabinet doors swing open this time to present more material from "The Monster Times" Star Trek special, published in 1973. I recently posted the first article from it here: ST special #1 post and now I'm bringing you some more. Aren't I just the nicest person you know?
(Click on images to view larger.) 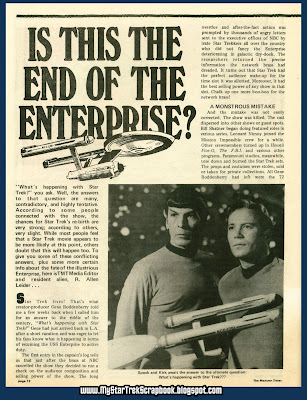 It's interesting to read that even as far back as 1973 that Trek was being considered as a movie, and that Gene was wanting to out-do "2001: A Space Odyssey," a goal he apparently held onto even into the late 70's when he finally made the movie... without taking into account the need for some action as demonstrated by the success of Star Wars. Heaven knows ST:TMP could have used some. 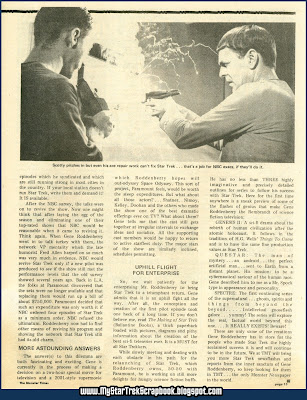 Below, from the same issue, another of the trivia question articles, "So You Think You Know Star Trek?" Well, do ya... punk? Do you feel lucky? Then see if you can answer most of them right! 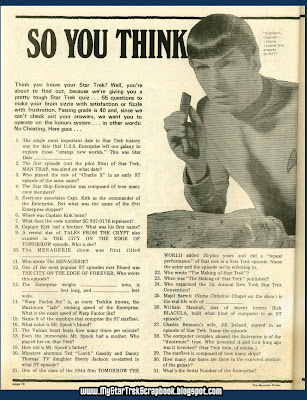 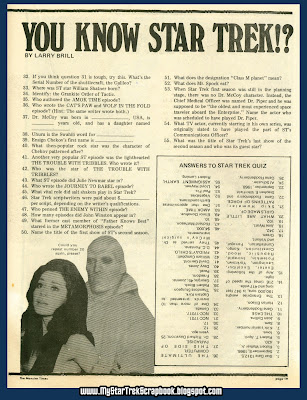 Below, two more of the colorized black and white pinups from the magazine. Since the magazine only used two colors per issue, any photos that were color were done using as many mixtures of the two shades as they could come up with. 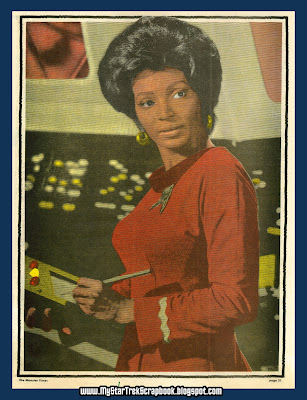 Of course this one was my favorite.
Posted by Frederick

That's not bad! They had some tricky ones on there even I couldn't answer. But this simply means that you have much discovery to enjoy in the future, you're not jaded and over-informed!