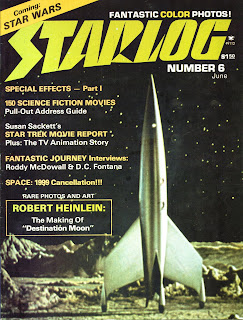 I collected Starlog for many years beginning with their first issue, and for a long time it was my main source of sci-fi and Star Trek news. Below is scanned in the article from the June 1977 issue #6, about the making of the animated series. For a couple of years the cartoon was the only source of new Trek and it was exciting to have, and this article written 4 years later came out while it was still very fresh in our memories. Enjoy! 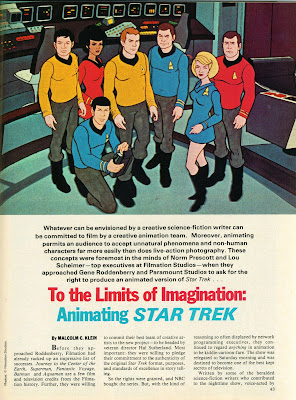 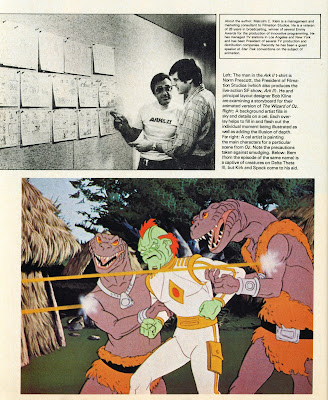 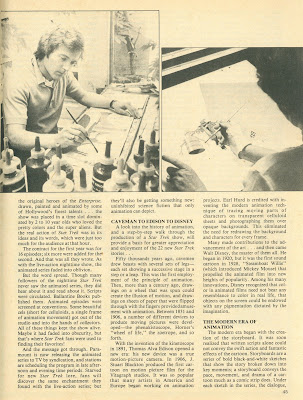 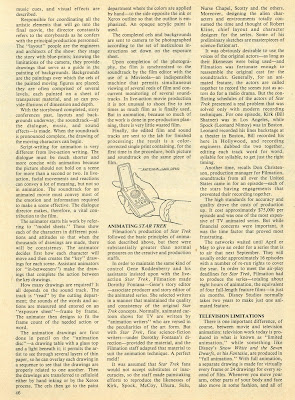 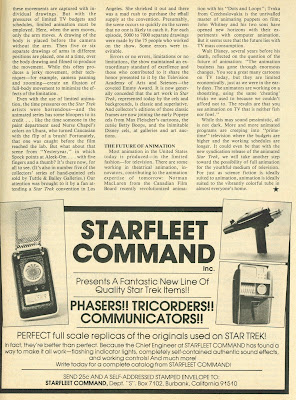 Note the ad for the functioning prop replicas even back then. Master Replicas wasn't the first to offer them! 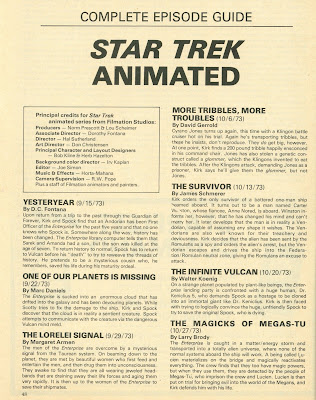 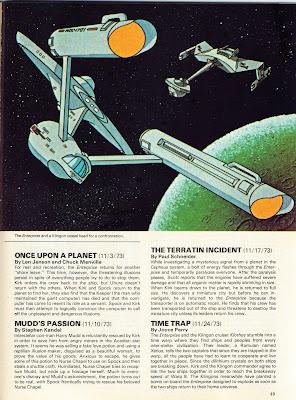 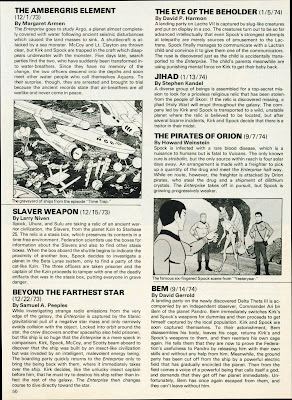 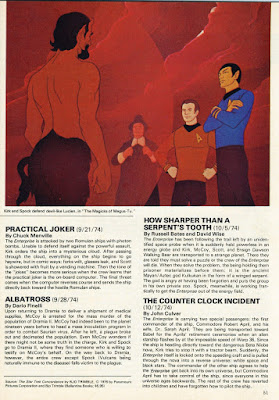 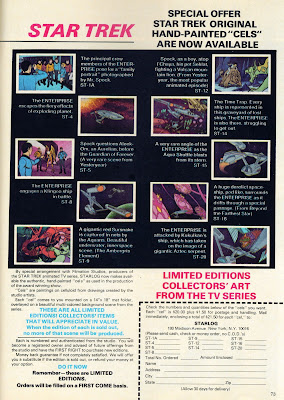 The extended adaptations by Alan Dean Foster were awesome to read. Whereas James Blish condensed the tv show hour-long scripts to feature 8 or more stories per book, Foster added to the half-hour scripts and enhanced the stories greatly. I have fond memories of these books, and especially this first one. How excited I was to find it and soak it in! 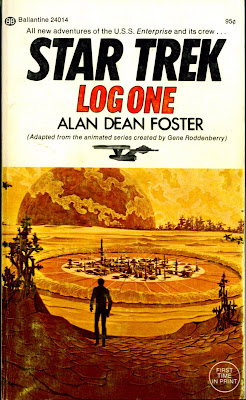 Recently, the L.A. Times published the photo below that shows the Big Three taping their lines for the animated show. It was a rarity when any of them could actually get together to tape at the same time. 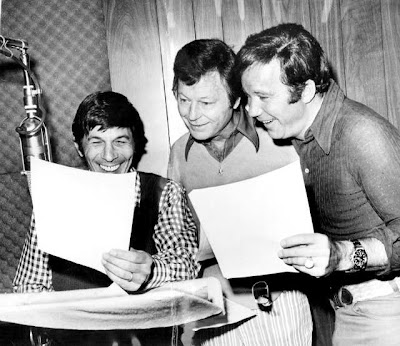 Besides being together again, they're just happy to be working! 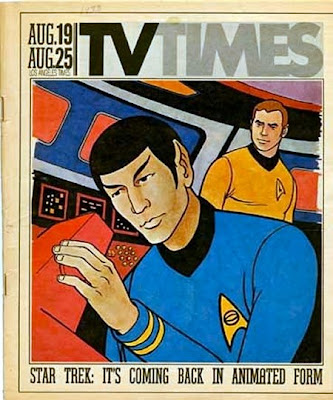 I love the animated series, it was my first Star Trek experience. I didn't see a live action episodes until a year or so later.

I'm sure it was that way for many kids! At that time, the liva action show was hard to find in re-runs. But the animated series was right there every Saturday morning for awhile.

I saw more of the animated while it played than I had up to that point of the live action ones... I didn't get to see all of the original show until they began playing them every afternoon on the local stations around 75-76.

So, I was exposed to more of TAS than TOS as far as actual episodes. Hence it meant a lot to me too! Seeing the shows on DVD now really takes me back to that time.

I've never understood why so many Trekkies consider TAS not to be canon. Everyone from TOS was involved one way or another, both actors and writers.

I love TAS too, (own the series on videotape! Someday I hope I'll get to trade up to dvds) and it's so nice to see others with fond memories of it. Watching it while mom vacuumed on Saturday mornings is one of earliest memories!

Ah, my first Starlog ... and one that has been lost. Thanks for posting the whole set of articles from the magazine. ... And yes, I consider TAS "canon." At TAS's worst, it's still better than the poor science of TOS's "Spock's Brain" or "wink of an Eye." I thinkt he only reason Roddenberry didn;t want it to be canon was because that meant Niven's Known Space stories could be wrapped into Star Trek.