The Burger King Star Trek campaign is getting underway with the introduction of what may be the funniest promotion ever. The offspring of an "alien encounter" between the Burger King and a Klingon woman (possibly when he showed up one morning in her bed with a breakfast sandwich as he likes to do, but didn't count on the agressiveness of the species), the "Kingons" are here on Earth on a mission to collect all the Star Trek glasses. 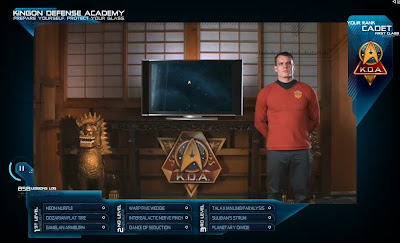 The website "Kingon Defense Academy" which has just opened, has a series of hilarious training videos to help earthers learn the tactics of these glass-grabbing aliens: http://www.whenkingonsattack.com/ You have to visit it for a good laugh, I got a real "kick" out of it! 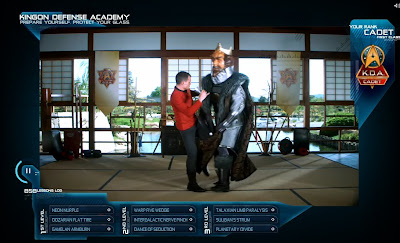 A Starfleet security man demonstrates the weakness of the enemy, involving lots of groin-punching and kicking... which is pretty much the same defense you would use against any human male that attempts to grab your glass. 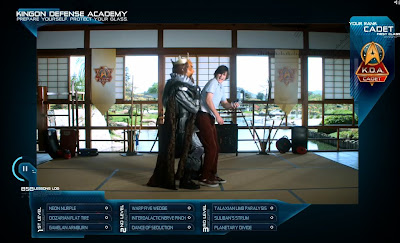 While it might look like another kind of attack in this screengrab, the Kingon is actually giving the fellow a Warp Five Wedgie, only one of many methods they employ. Others, many of which are known and feared by interplanetary nerds everywhere, are: "Neon Nurple," which involves a painful nipple-twist; "Dozarian Flat Tire," "Gamelan Armburn," "Intergalactic Nerve Pinch," etc. 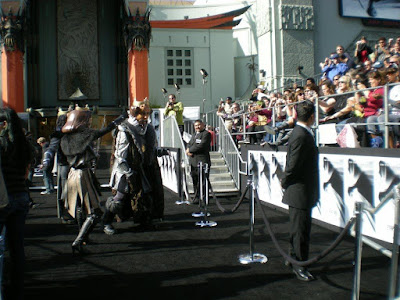 The Kingons showed up first at the Hollywood premiere of the new Star Trek movie at Chinese Theater on April 30th. The crowd seemed to love them! The trusting, gullible fools, leaving themselves open for attack... 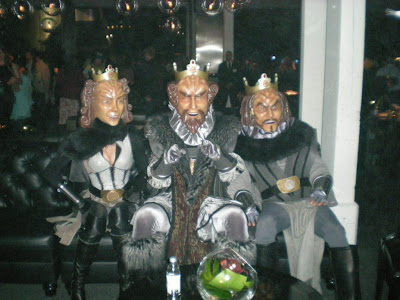 Ingratiating themselves with the fans, it was not yet apparent that their ultimate agenda was to covertly acquire the glasses, which have dilithium incorporated into their molecular structure. 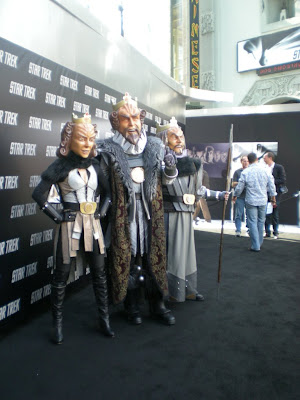 When Kingons Attack... watch your glass!

Enjoy the first in a series of "Kingon" TV ads, which began airing Sunday, May 3rd.

I just returned from the King of Burgers and am now the proud owner of a Kirk and Scotty!

oh and a case of the Burger Kings...

I still have my "Spock Lives" glass from Star Trek III, and that's good enough for me.

I liked the "Enterprise Destroyed" glass the best. I still have the whole set.