You never know what era of original-characters Trek I'm going to post from; the show, the movies, the animated series; I just skip around to keep it interesting. But sometimes one post will inspire another, as did the last article on "The Voyage Home." I've decided to follow up with the Mad spoof on it, from issue #271, published June of 1987. Artist Mort Drucker does his usual superb job on the caricatures, not content to simply repeat his earlier versions but accurately reflecting the ages of the stars in the current movie (if not always flatteringly.) However, he wrongly depicts the whales as sperm whales and not humpbacks.
(Click on images to enlarge.) 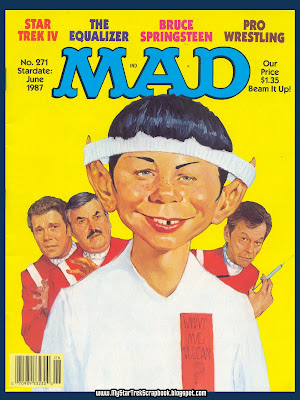 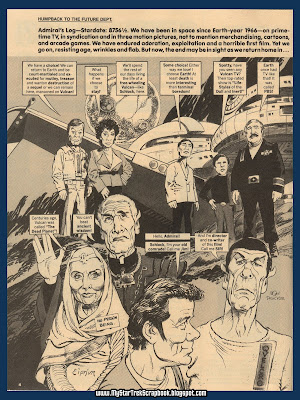 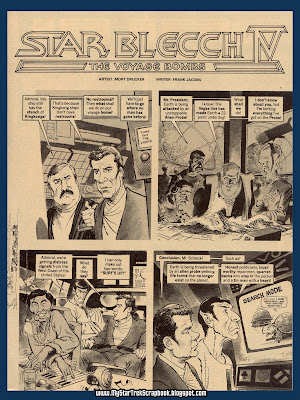 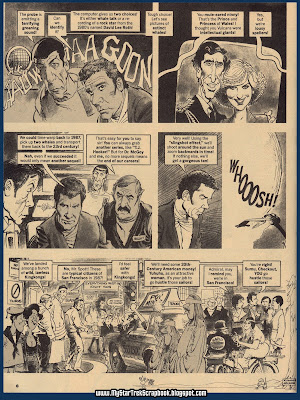 The joke involving Sulu in the bottom panel is even more humorous in retrospect. 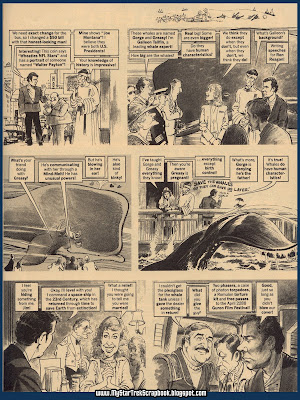 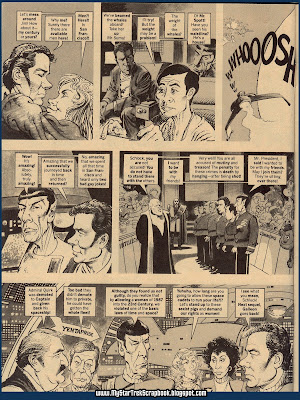 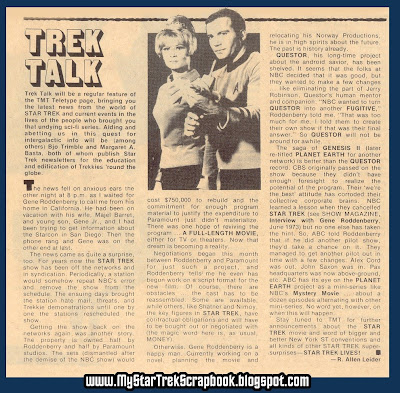 Bonus #2: below is another of Ralph Fowler's terrific drawings, this time depicting a tense moment from "Amok Time." This was scanned from the historic first issue of the fanzine "Enterprise Incidents." Ralph; buddy... if you're out there checking this out, email or comment, I (and the readers) would love to hear from you! 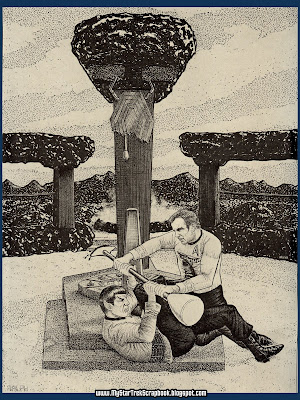 Don't tell me you don't hear that piece of music in your head as you look at this.
Posted by Frederick

I love his work. You can watch a mort drucker movie on www.schoolism.com if you are afan, you will really enjoy it. and learn alot

Thanks for commenting, and stopping by! I have enjoyed your own artwork on your various sites, and it was cool knowing I had seen your work on TV.

Capt. Kirk always seemed to get the beautiful women didn't he. Even the beautiful alien ones. lol. Love the blog. I really appreciate it.