This time we take a fond look back at Issue 161 of the fun(and pun)-filled Famous Monsters, as they covered the new Star Trek: The Motion Picture. This was published in March, 1980 and I bought it on the newstand while living in Savannah, GA at the time. I was 22, going on 16. (I have always been younger in heart than my actual age.) 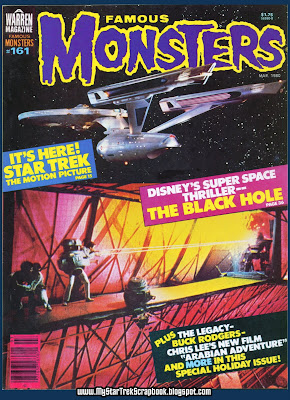 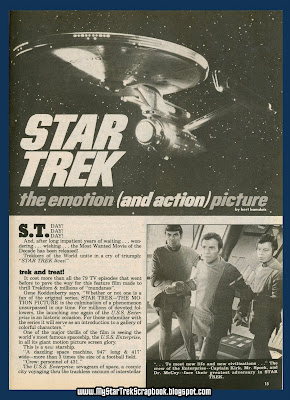 In case you're curious about the unusual use of the word "sevagram" in the article above, I looked it up for you. I learned something new about a word I have never read in use before. See, kids could learn from reading FM! 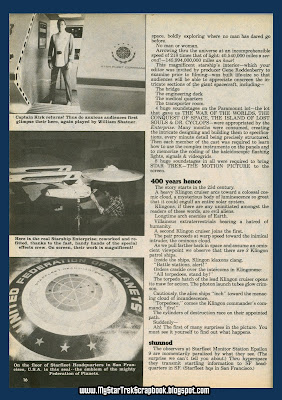 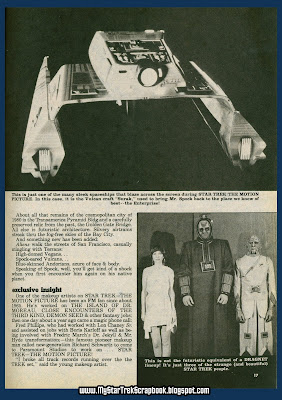 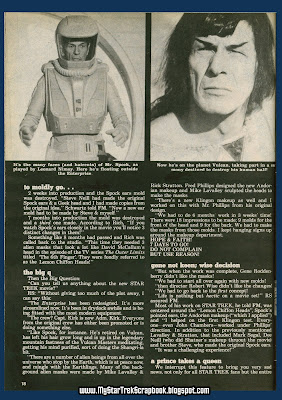 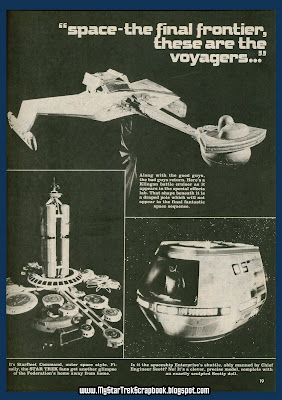 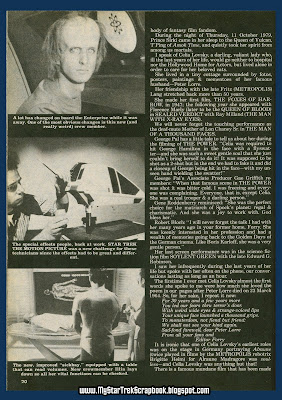 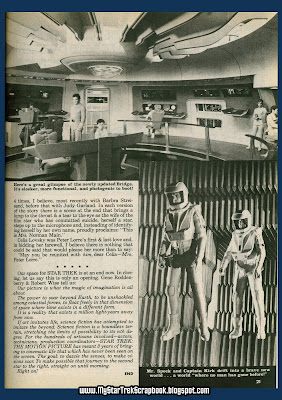 Bonus: below, one of the early publicity photos taken before regular production. They got a lot of mileage out of that transparent chart, as a number of both Shatner and Nimoy photos were made using it. It kind of reminds me of the transparent display screens seen in Abram's '09 Trek movie, except static. 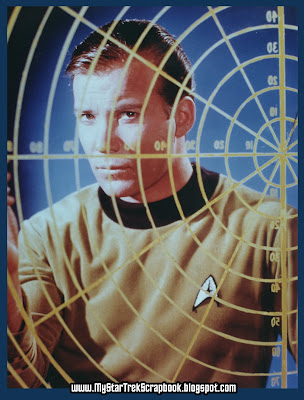 The captain calculates the amount of Vitalis needed to control flyaway hair during action scenes.

Bonus: Below, a vision of loveliness that could go under the wikipedia entry of the word "goddess." Nichelle from her pre-Trek days. No wonder Roddenberry went for her! 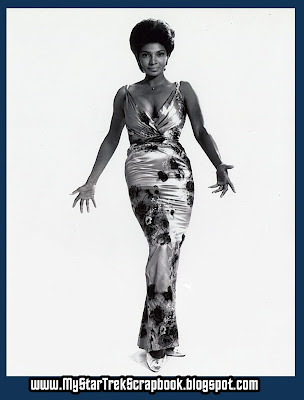 I have very fond memories of the handful of issues of Famous Monsters I was able to get when i was a kid - even if most of them (very late '70s and early '80s) were well past the magazines heyday, which I have always surmised were the mid to late 1960s. By the time of the late '70s sci-fi boom, I think the weight of genre pop journalism had already shifted to Starlog and Fangoria (with Cinefantastique having the real meat-and-potatoes articles). None of which diminishes my appreciation for Uncle Forry and the eye-popping art of Mr. Basil Gogos!

I know what you mean, I missed the painted covers of FM when they switched to photo covers. I guess they had to, to compete with the other mags that featured movie photos, but the "old" issues of FM are the ones I feel most nostalgic about.

After that I started saving them intact, but when I think about those I could still have, but cut up, I could kick myself. I plan on ordering those issues online soon, just to have them again.