The Man Who Saved Star Trek 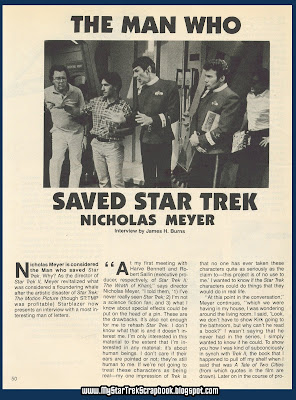 Being the collectorI was of any kind of magazine about Trek and SF, I of course bought many of them, even then knowing they were trashy. But, occasionally an article would rise above sensationalism and made-up stories, like this interview with Nicholas Meyers. Illustrated with many awesome behind-the-scenes photos, it read more like an article from Starlog. The sloppily mis-matched photo captions -a seeming trademark of these publications- still plagued the layout, though. 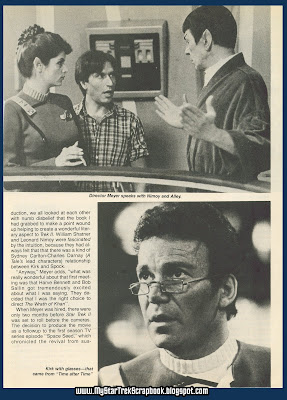 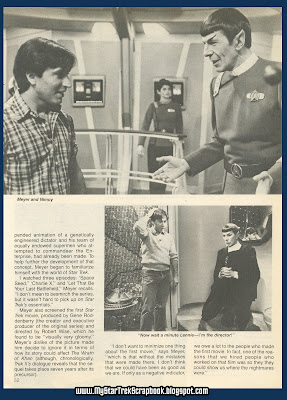 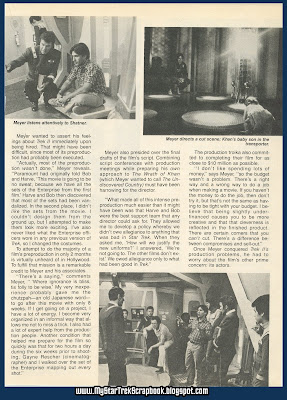 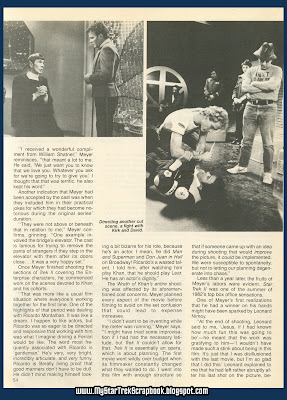 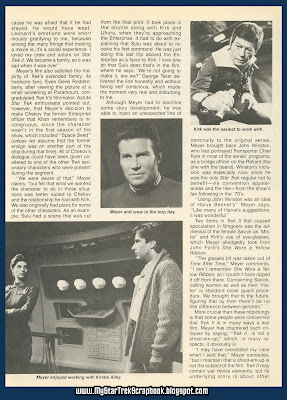 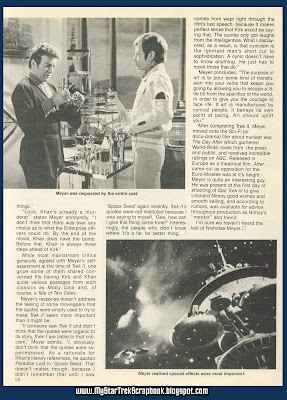 Below: Did you catch this photo in the article? I'm betting not many fans know about this cut plot point of Khan's baby son; did you? There had to be other scenes; since I doubt that the baby shows up only in the last seconds to crawl on the platform with the activated Genesis device. 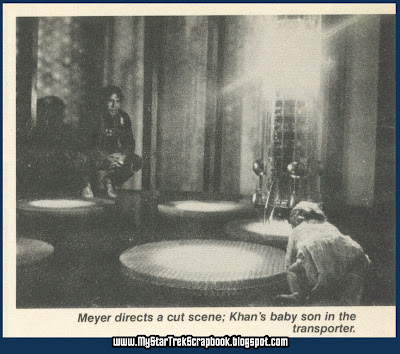 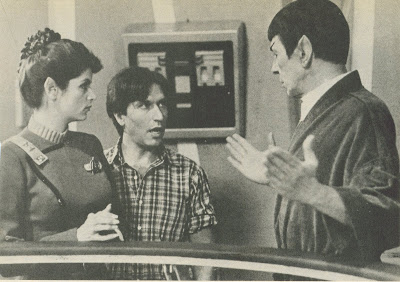 "No, Leonard, I don't think giving Kirstie a line about Spock's "Vulcan endowment" is a good idea... sorry."

Below, one of the earliest articles announcing the new film, clipped from a Beckley, WV newspaper on March 18, 1982. This was the first look I and many others had of the new uniforms and I loved them! 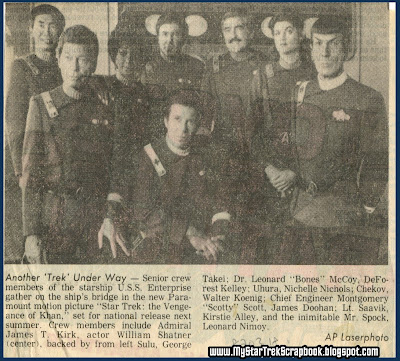 Khan had a baby son? WTF?

Wow the cut scene with Khan's son that is the first I ever heard about this and I thought I knew everything about this film.;) I also was one of those types that bought many of those trashy Scifi mags along with FAMOUS MONSTERS and STARLOG.;) Seems like a lifetime ago since I bought any scifi magazine. Of course with the Internet there is really no need.