The Scrapbook opens this time to:
The Time Magazine, Sept. 1975 article
(Click on images to view larger.) 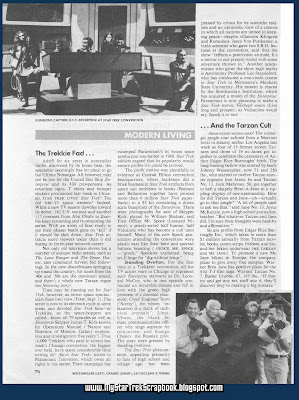 Fads may come, and fads may go, but we just keep on Trekkin'! And back in the early and mid-seventies, the get-togethers known as conventions kept us going. Big, as the one reported above in Time, or smaller, as reported on below. In Florida particularly there were a lot of small "mini-cons" as they were called, in colleges and hotels all around the area. I got to attend a few, but mostly I collected their promotional material, such as newletters and flyers. I'll feature some of those in future posts! 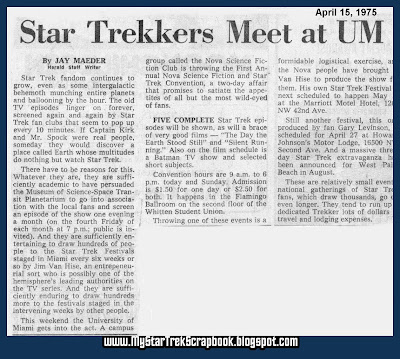 I was rabid about saving anything that even mentioned Star Trek. Below is a local TV Guide ad I clipped in the mid 80's. Notice the all-too-frequent mistake: " Doctor Spock." How that used to get on my nerves! Almost as bad as people calling the show "Star Track." Aargh! 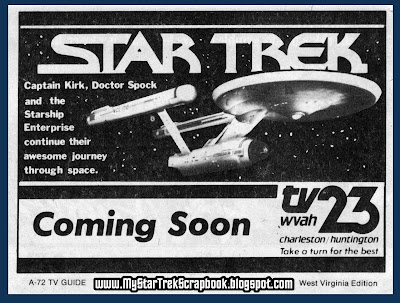 I used to draw a lot more than I do now. Here is a early-80's pen and ink drawing I made of Kirk and Spock. 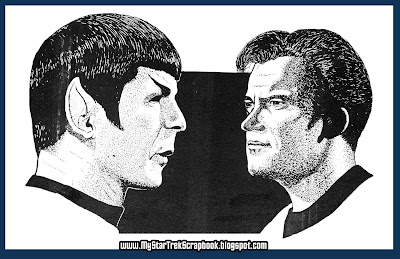