For a small but appreciative group of fans in the 70's, those who were lucky enough to have a specialty shop in their city, the fanzine "Enterprise Incidents" was pure Trek gold.

Editor/founder James Van Hise (best known to fans as the author of numerous "unauthorized" Trek books) often included reprints of vintage articles from past publications, for which I was grateful. From issue #6, published in 1978, comes this reprint of a 1967 article originally from the magazine "TV Star Parade," as some of the cast chows down on a cookout between takes.
(Click on images to enlarge.) 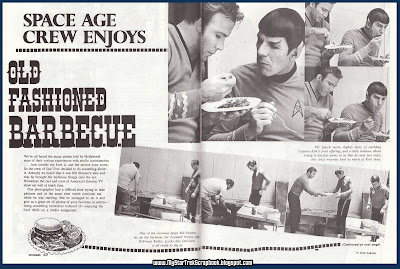 There's nothing like a cookout in the summer with good friends! 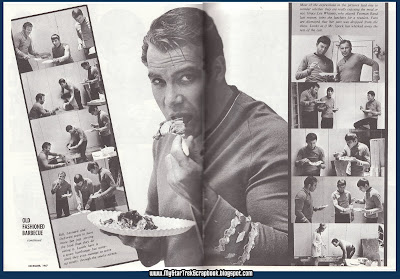 Another of the fun aspects of the fanzine was the artwork within. Although I don't even know the first name of the artist, "R. Wilber" often contributed nice pen-and-ink drawings to the magazine. Below are three examples for you to enjoy. If you are in the know about the artist, please leave the info in the comments area and I'll update the article. Hey, maybe we'll hear from Mr. Wilber himself, if he is still alive and well, as we hope he is.

Below: From issue #2, we see that not all aliens greeted Starfleet officers with open tentacles/claws/feelers/arms. 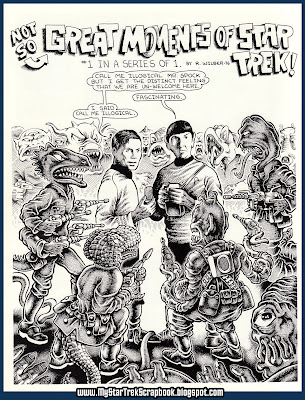 Below, from #3, an illustration for the episode highlighted that issue, "The Menagerie." I watched this two-parter again on my Blu-ray set just a few nights ago. 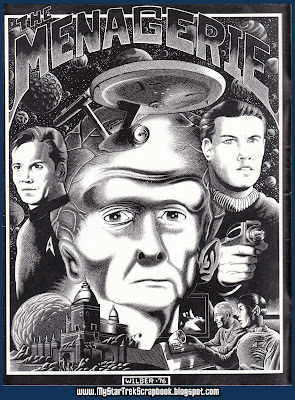 Below: And another from #6, this time depicting "Balance of Terror." 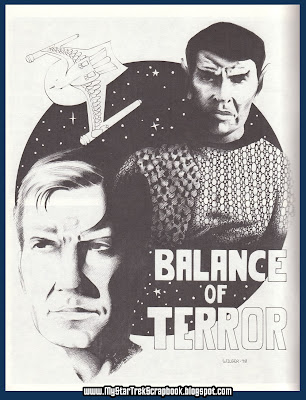 I'll post more of Mr. Wilber's art as I find it in other issues, as well as that by different artists. One of my regrets of the time period is that I never contacted James to submit some of my own artwork. I like to think it would have been accepted (don't all artists?), and I would have been proud to see it in a forthcoming issue! Here are a couple I would have sent in: "Mirror Uhura," and "Fight On Rigel 7." Do you think I would have made it?
Posted by Frederick 10 comments

From the boundless depths of the collection cabinets comes Issue #2 of the Star Trek Poster Magazine, officially known as the "Star Trek Giant Poster Book." Published October 10, 1976, this monthy magazine was the one publication I did not miss. Knowing when it was due on the drugstore magazine stand, I haunted the rack until the magazine delivery guy dropped off his shipment and was the first to get an issue from the bundle! 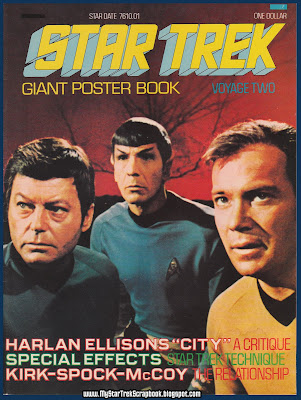 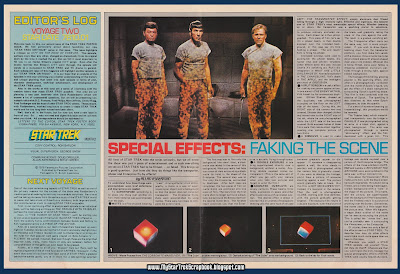 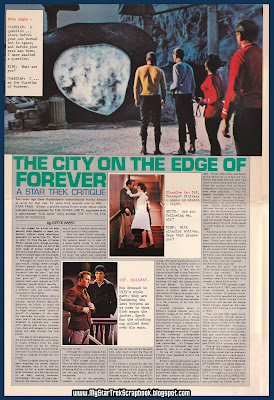 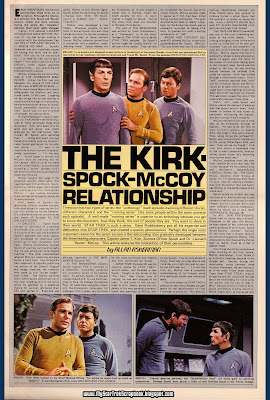 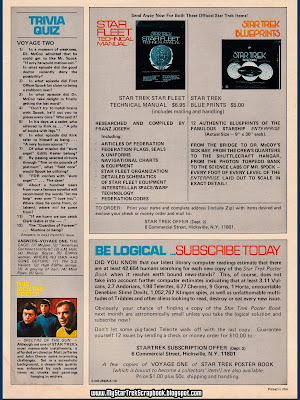 Bonus: Below, the next in the series of novelizations by James Blish. Painted by the same artist that did the cover for #9, the art is so similar that it could be mistaken for the earlier edition at first look. A little lazy, it seemed to me at the time. Surely even a change in the background colors could have set it apart more. 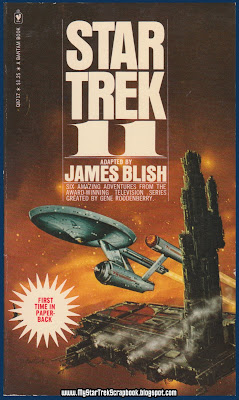 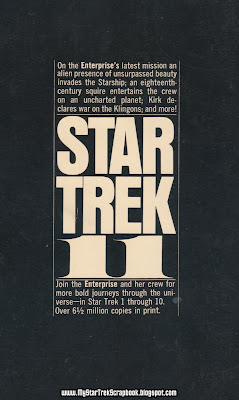