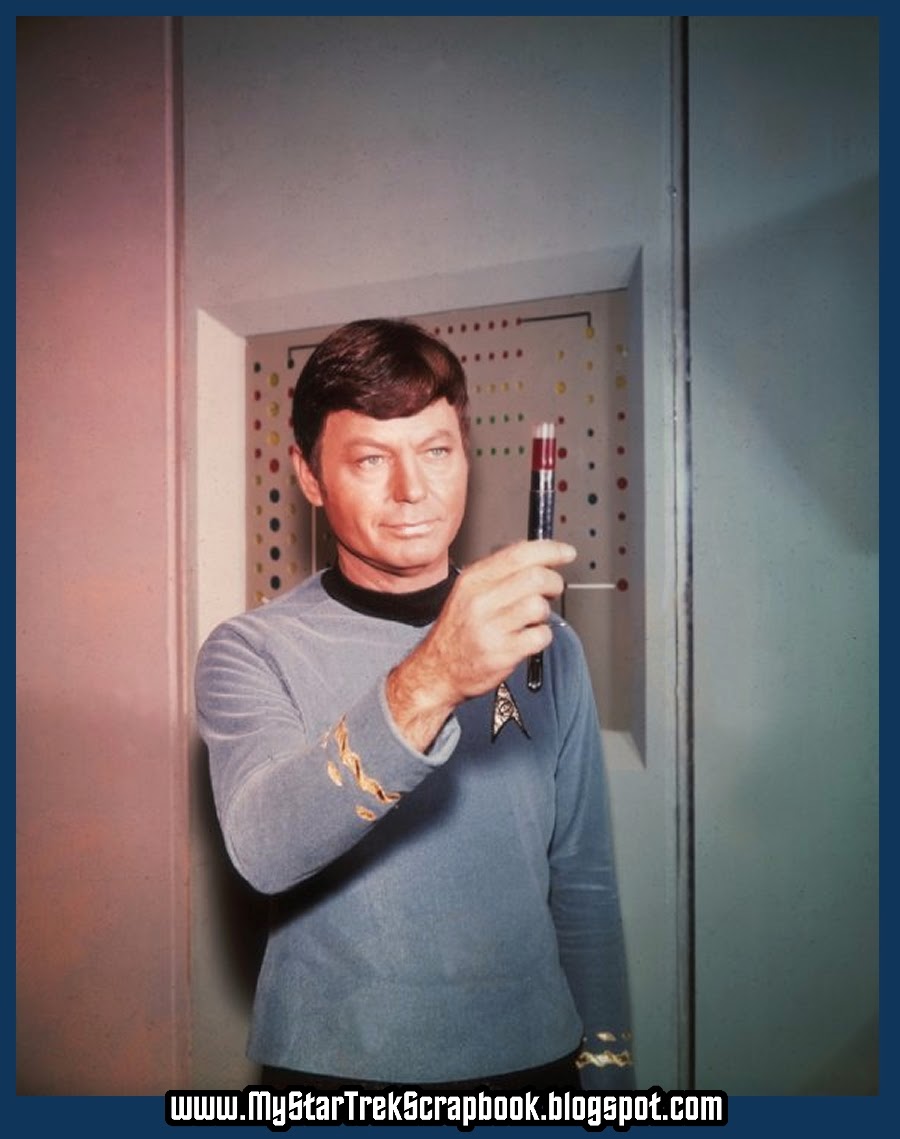 One got the feeling from just watching the original series that "Dr. McCoy" was the most relatable human on the show; the person that represented the "everyman" from our time period, and the actor DeForest Kelly was the one we could be most comfortable around. DeForest Kelley was that kind of person in real-life, as all the interviews bear out. Here's a good one from Starlog issue #38, published in September of 1980.


Click on images to enlarge; once open, you may have to click again to view full size. 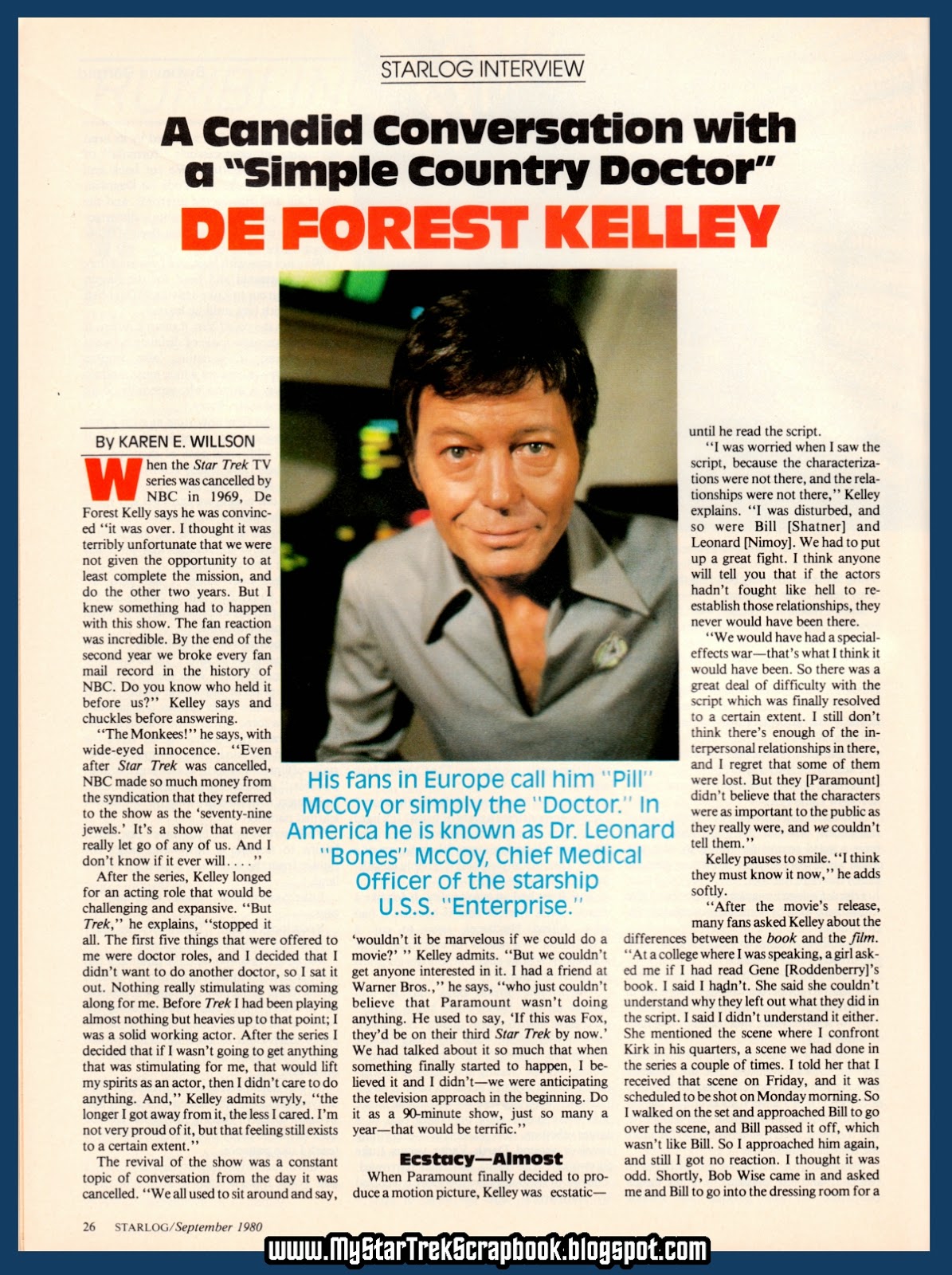 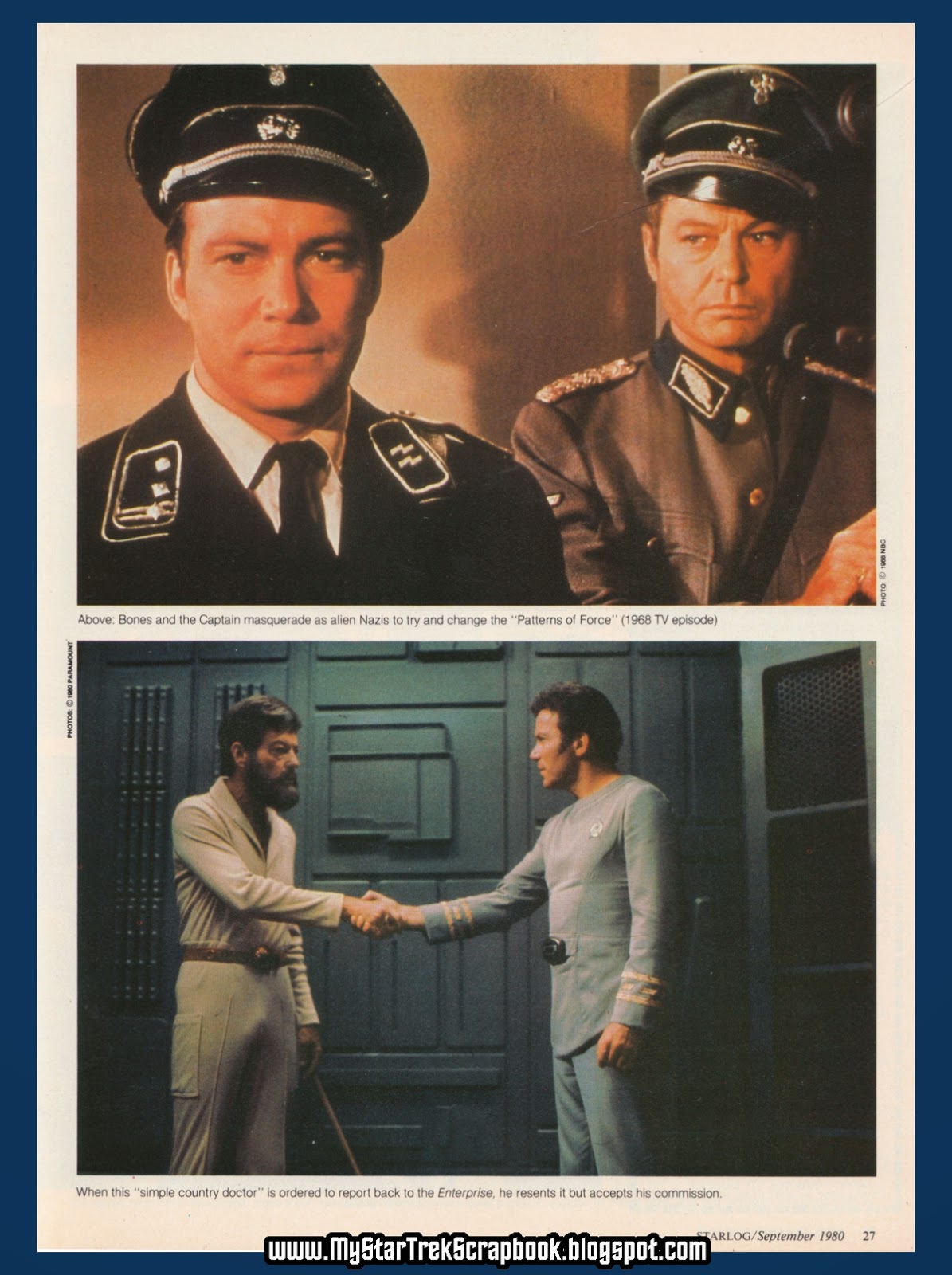 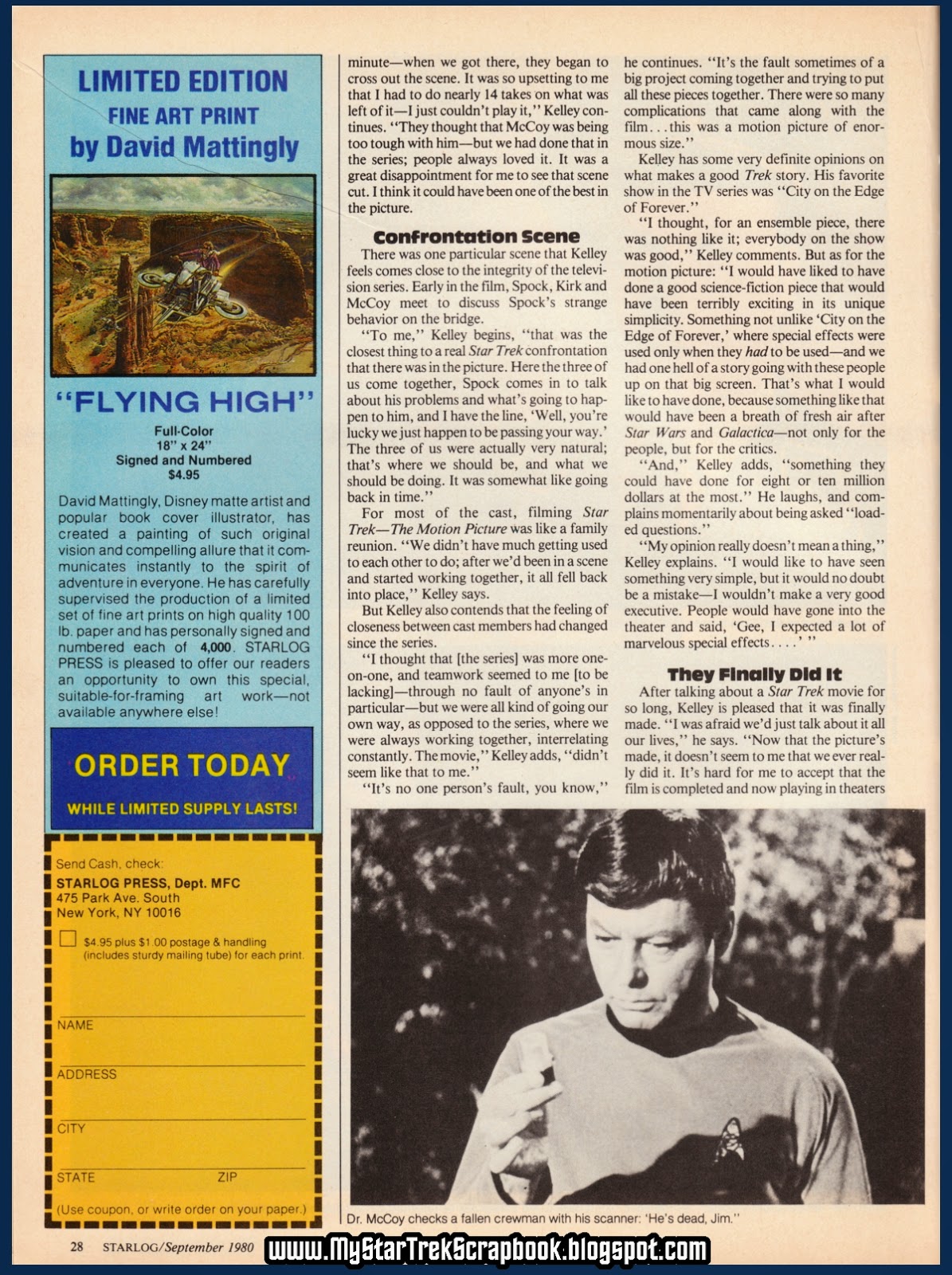 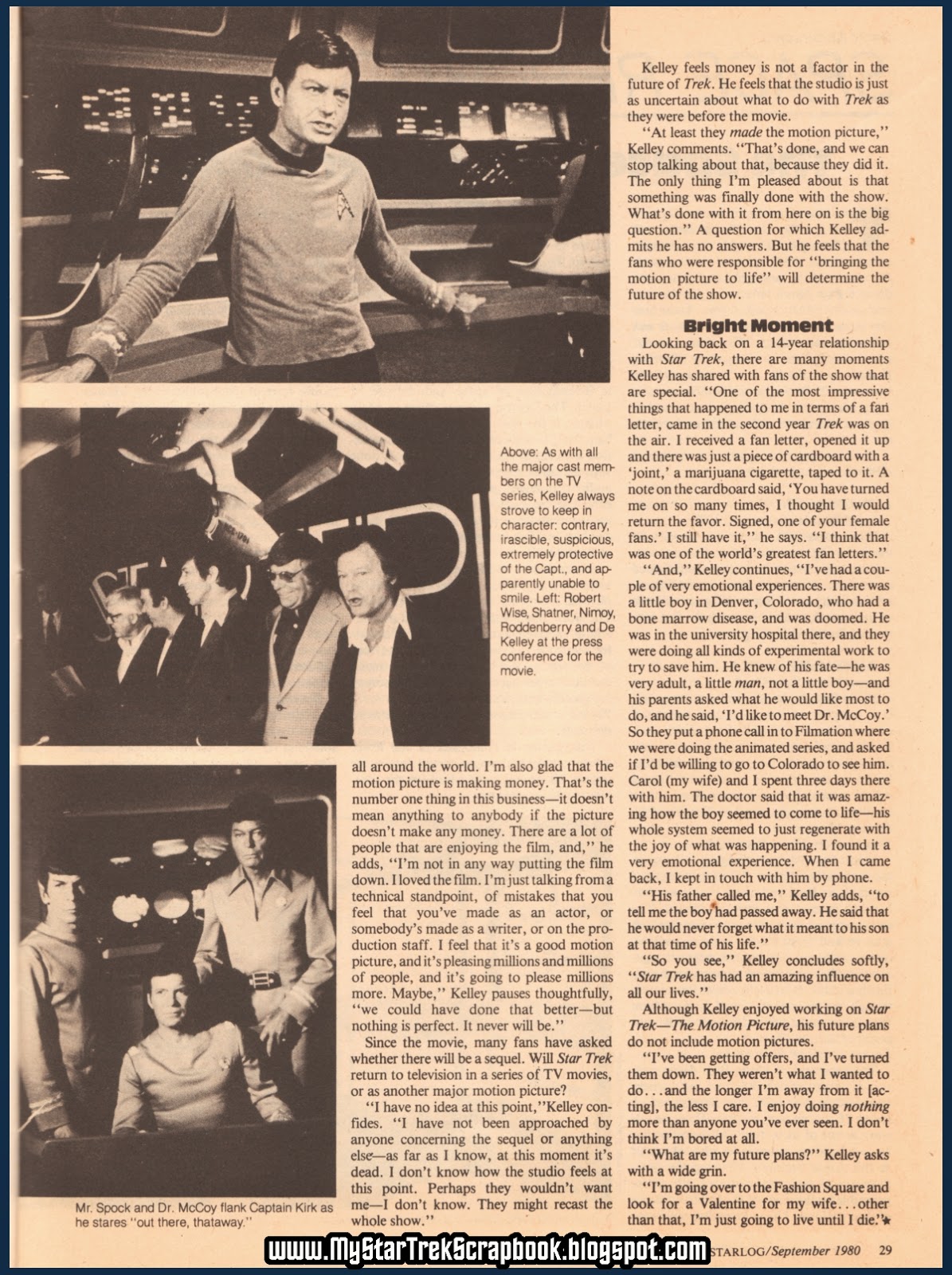 Bonus: a candid closeup of De from a movie magazine that came out during the series run. 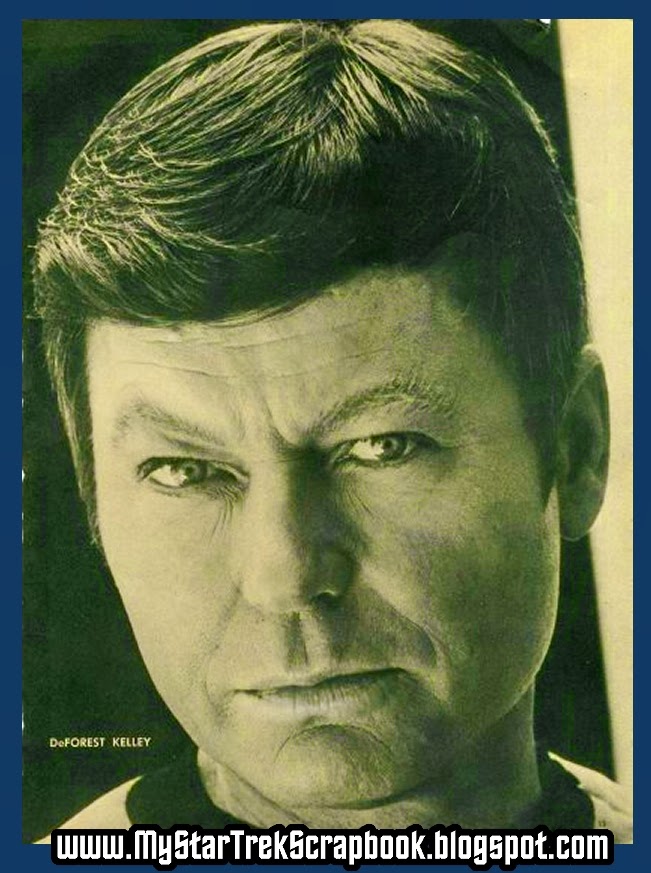 Bonus #2: a great shot of Bill giving archery lessons to De during the series. 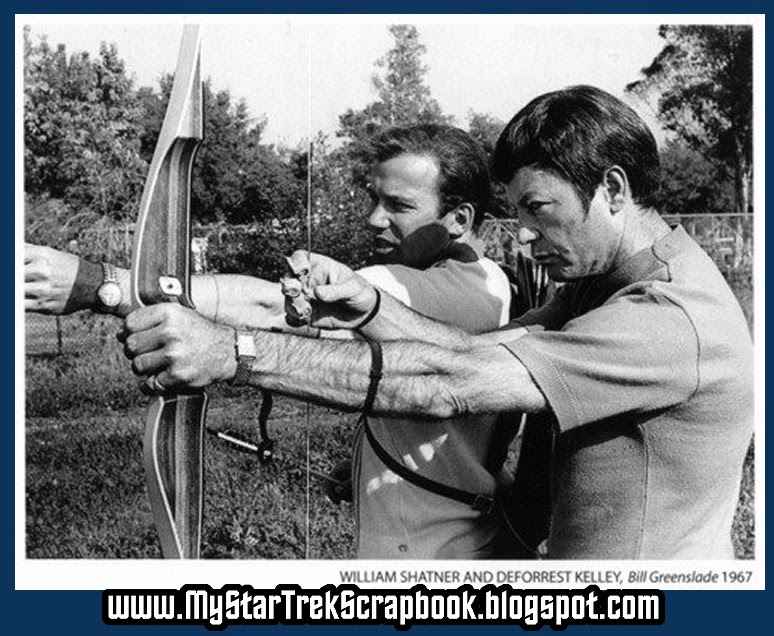 "Okay, De, let's try to hit Leonard in the behind and bring him down a couple of notches."
Posted by Frederick 1 comments

Back when the series was about to begin regular production, it was planned that Janice Rand would be one of the more prominent characters and certainly the main female to bring the sex appeal. However, Nichelle Nichols was always on the bridge in almost every shot that looked back toward Kirk's chair, and she more than amply supplied the sweet, sweet eye candy. And, it was realized that Rand cramped the Captain's style when it came to romancing the alien ladies. So, before long during the first season she was used less and less and finally -sadly- released. However, not before she got the attention of a lot of male viewers, and it is they who will appreciate these unusual promotions images, some taken before production of the series and some during. 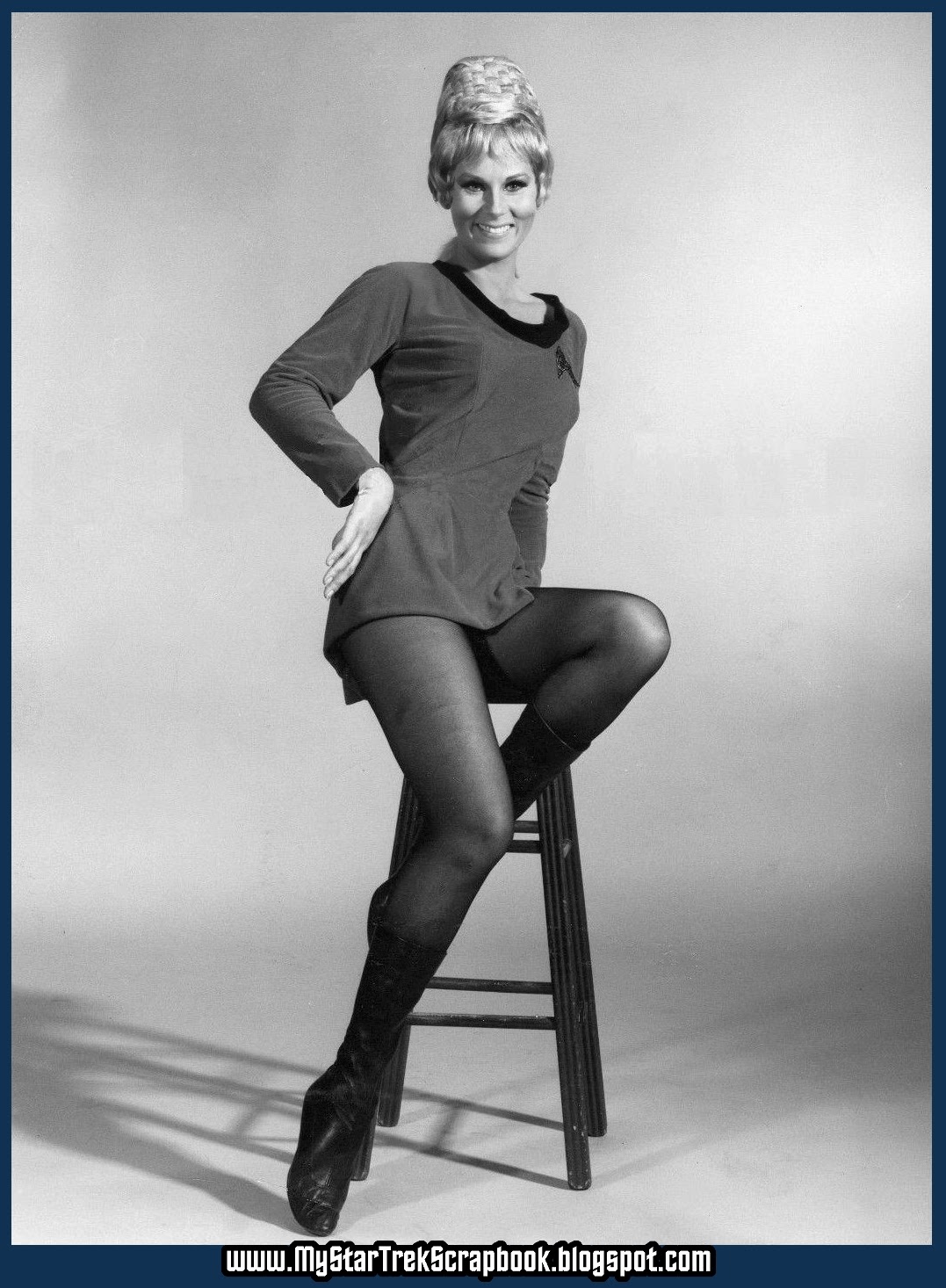 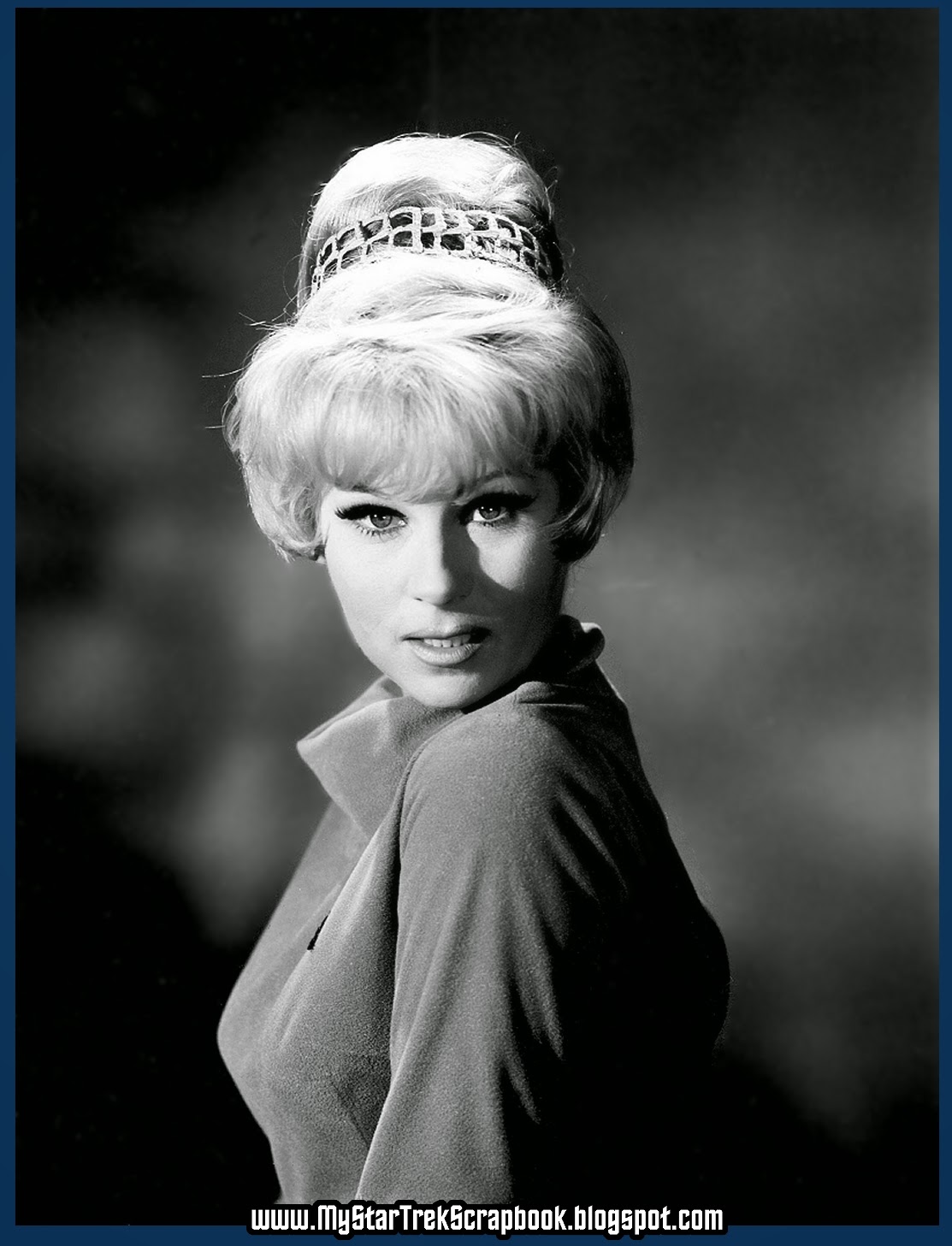 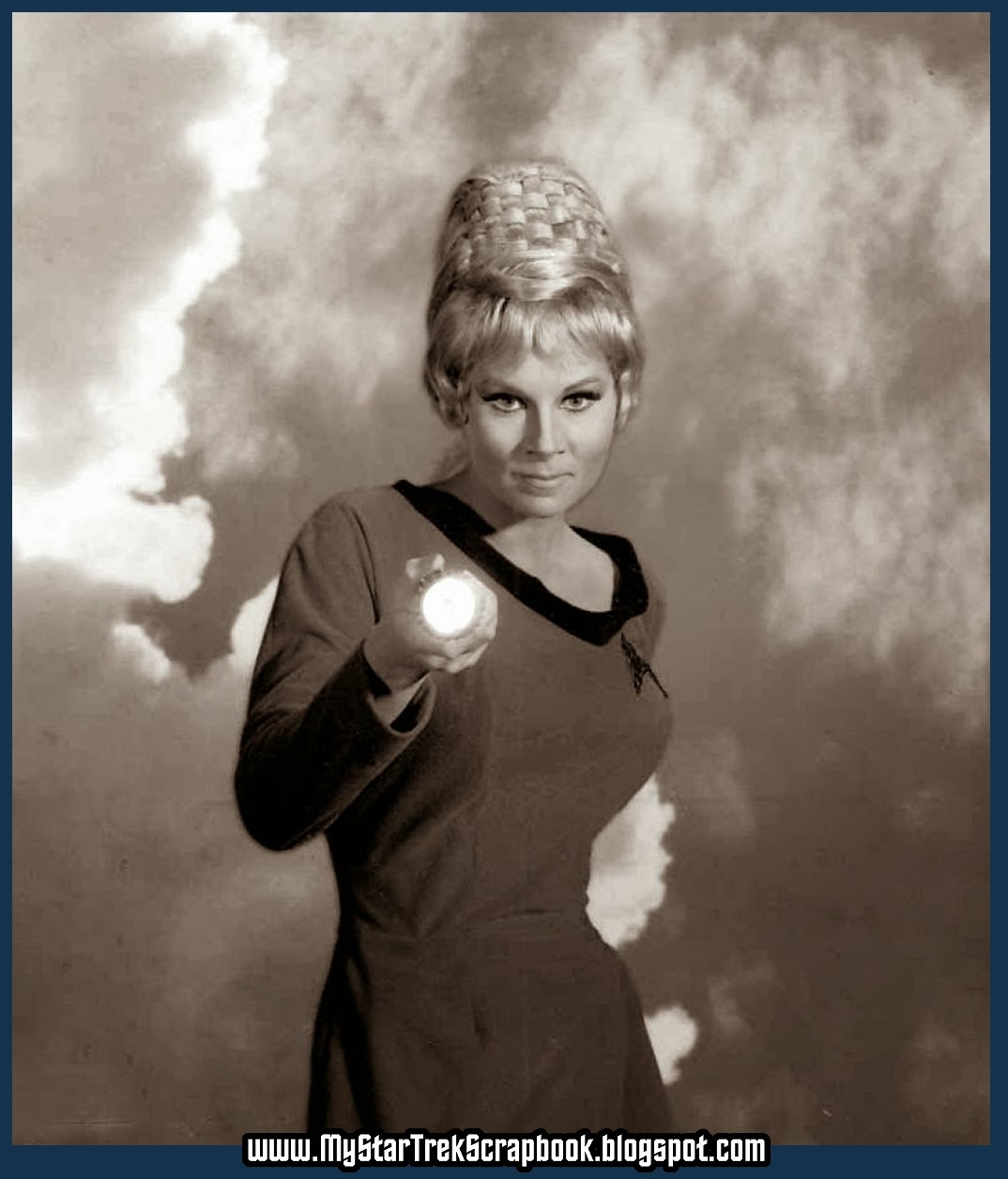 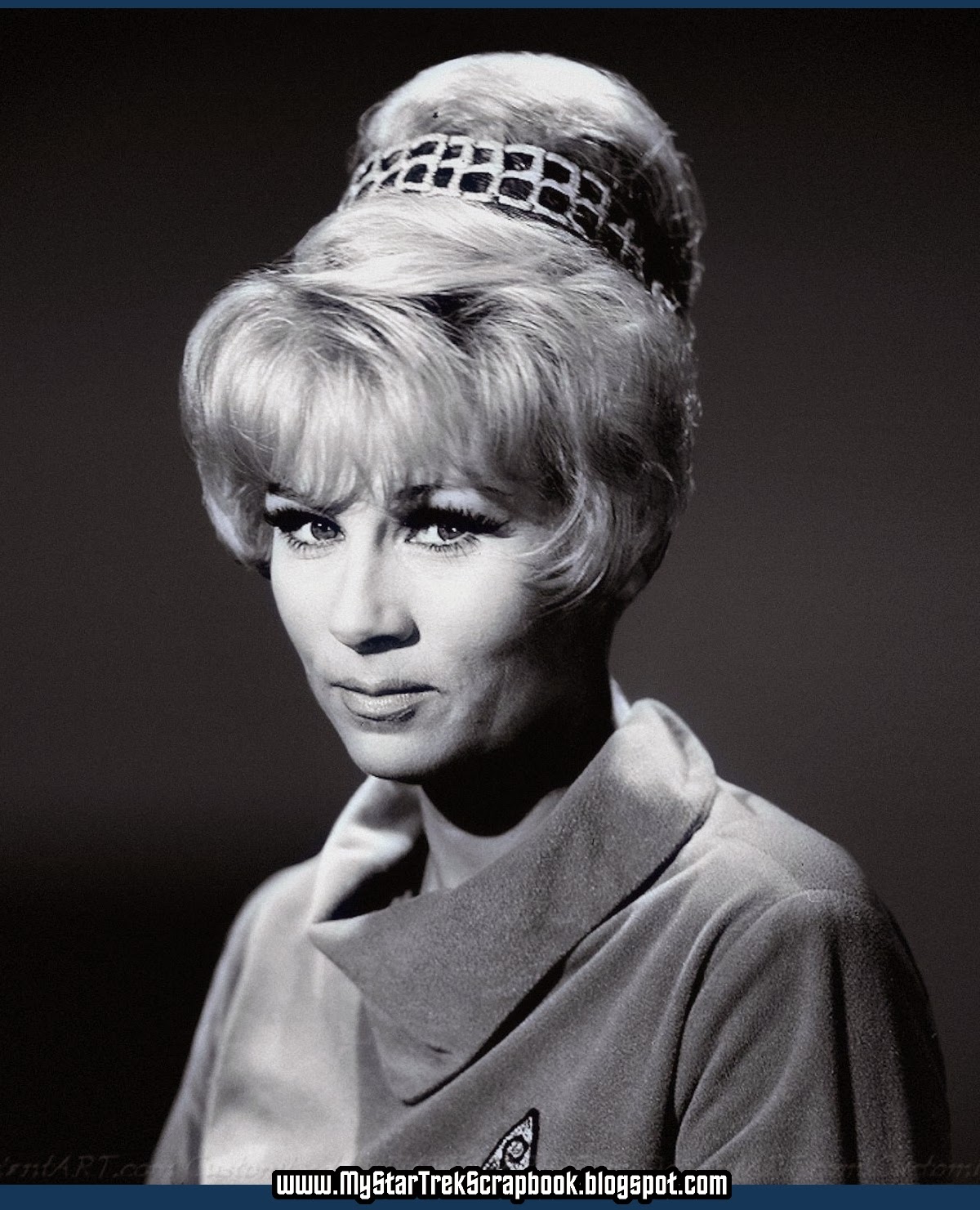 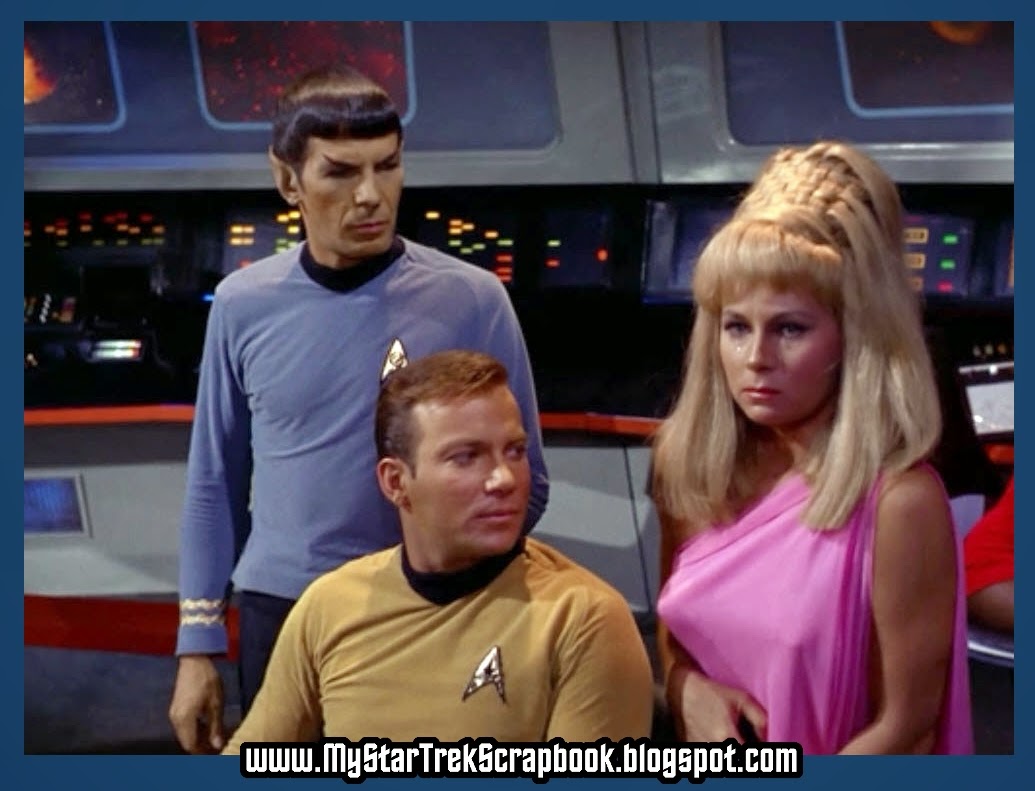 "Mr. Spock, remind me to keep the temperature down on the bridge in the future."

Bonus: a page from one of the movie magazines back during the series third season, from February of 1969.. 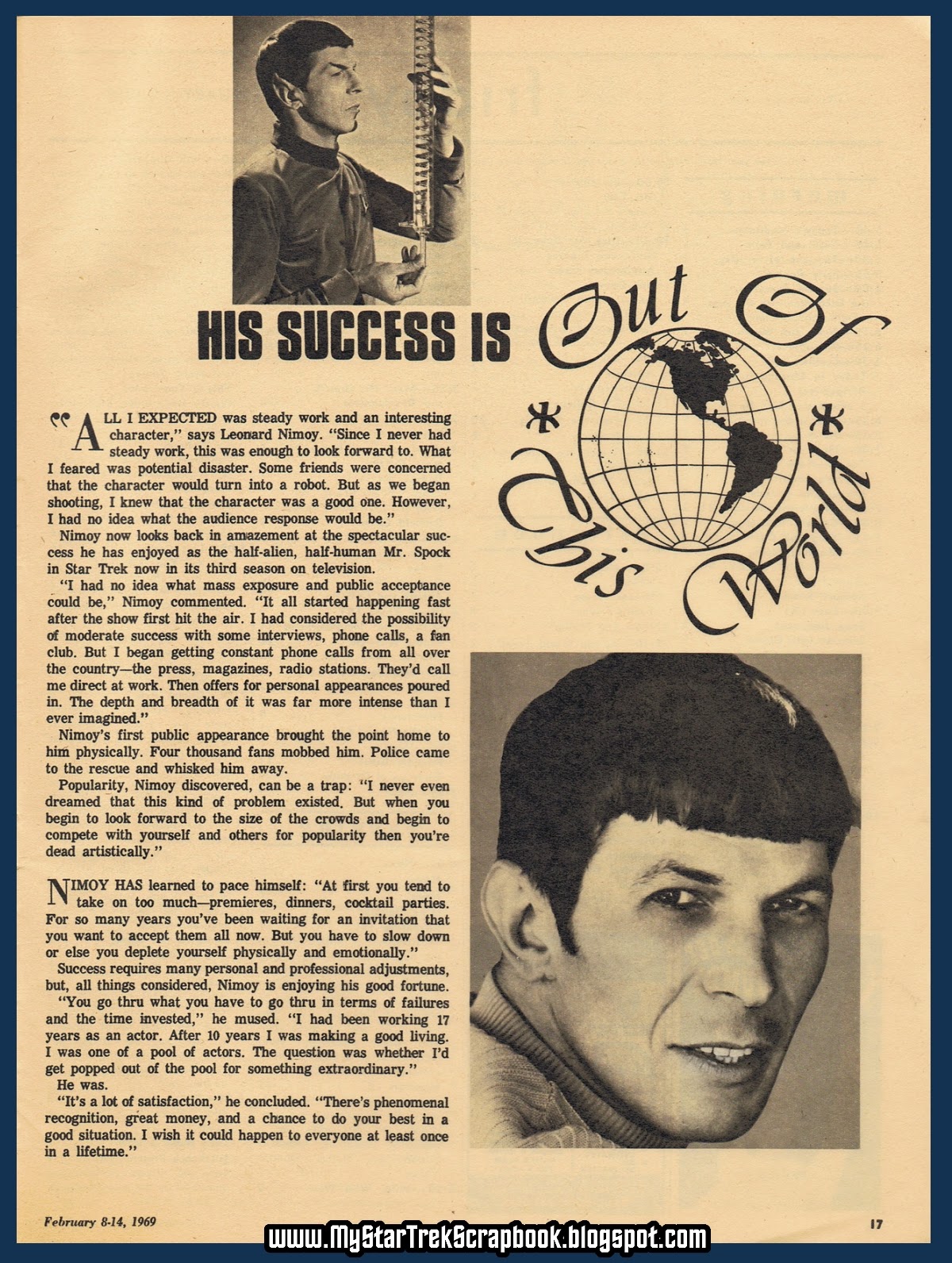 Bonus: the packaging of the Pocket Flix film viewer that supplied fans with their own (one-minute) clip for watching whenever they wanted! I bought one about 1978 and it was the first time I could actually "watch" a real part of an episode apart from TV. This was before videotape players were available to most, and certainly to me. It was taken from the episode "By Any Other Name," and was edited together from the scene where the two security guards were reduced to polyhedrons, and the scene of the barrier-crossing, which was very exciting to own! Such was my mania that I even dubbed those scenes from one of my cassette tapes of the episode to match the editing of the film, then would synch them up as I watched to supply sound! 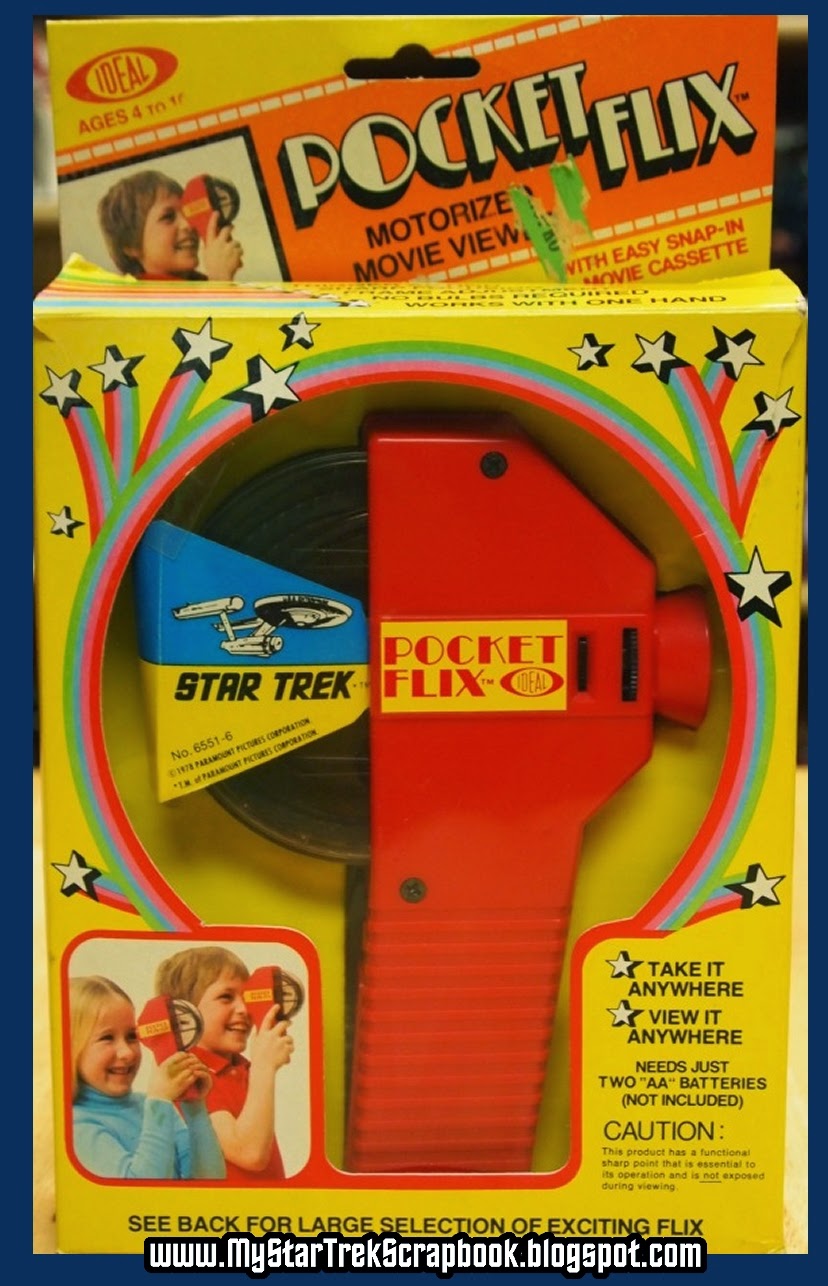 Bonus link: Star Trek In Cinerama! See how scenes from various episodes of TOS look in widescreen, done without cropping the image. It's "fascinating" to coin a phrase! Except where characters are in the scene twice, then it gets a bit weird.
Posted by Frederick 3 comments