Mike Minor made some significant artistic and production design contributions to the original series third season, the aborted Phase 2 series, ST: The Motion Picture and ST II: The Wrath of Khan.  In this extensive interview from issue #14 of Enterprise Incidents, published February of 1984, we find out the extent of his involvement. (See his Star Trek wiki page here.) As you may recall, I posted another article on Mike earlier from Starlog, but this one goes much more in-depth. He worked on many other genre productions, not the least of which was Star Wars. It's tragic that he passed away so young in 1987 and we never got to see what he might have done since then. 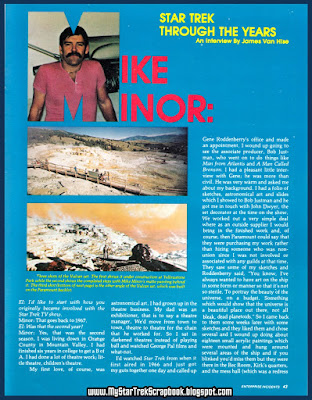 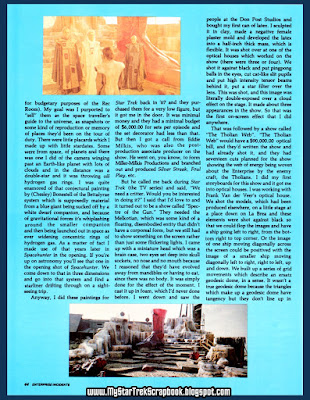 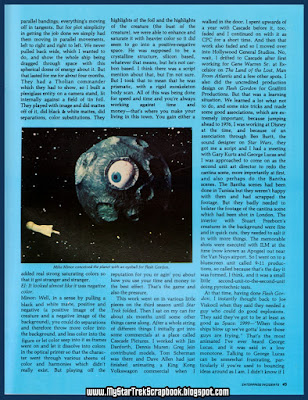 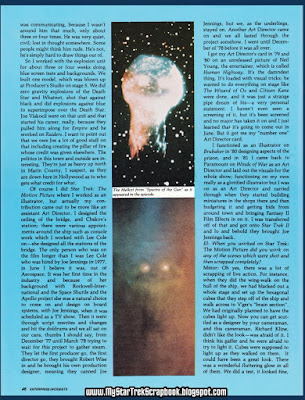 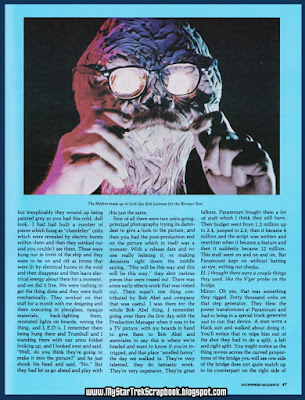 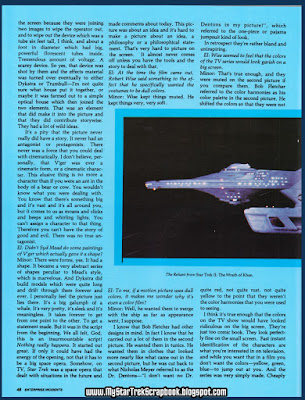 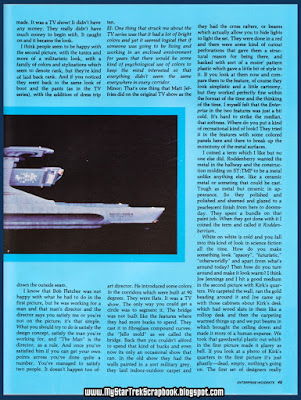 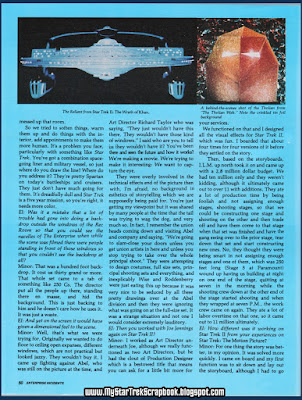 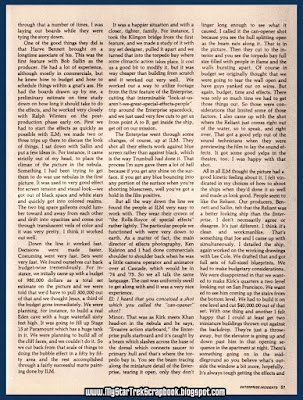 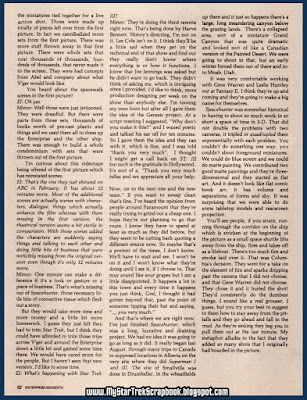 Bonus: from the same issue of EI, comes this fan drawing of the Mutara Nebula battle. 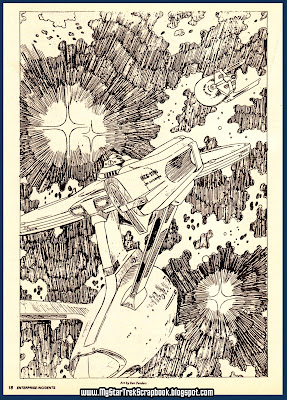 Bonus #2: Publicity photo of Kirk once again baffling Spock with his propensity for somehow inexplicably winning against the Vulcan. 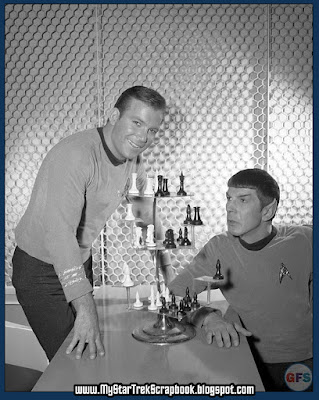 "How does he DO that?"
Posted by Frederick 1 comments