The Animated Series (or TAS as it is known) holds a lot of nostalgia for me and many others. Although I was already a fan of Trek before I saw it, TAS was really my first extensive introduction to the series, since it was in first-run, while in the early 70's the original series re-runs had not kicked in to the extent they would a few years later, and were harder to find. Although I never had a TAS coloring book, I have found an excellent site by Kail Tescar devoted to the series that has created an entire gallery of such pages! Go here to view them, then print your choices out and let your kids have at it! You can help a little too.

Below are some samples from the site. Sharpen your crayons and  have fun! 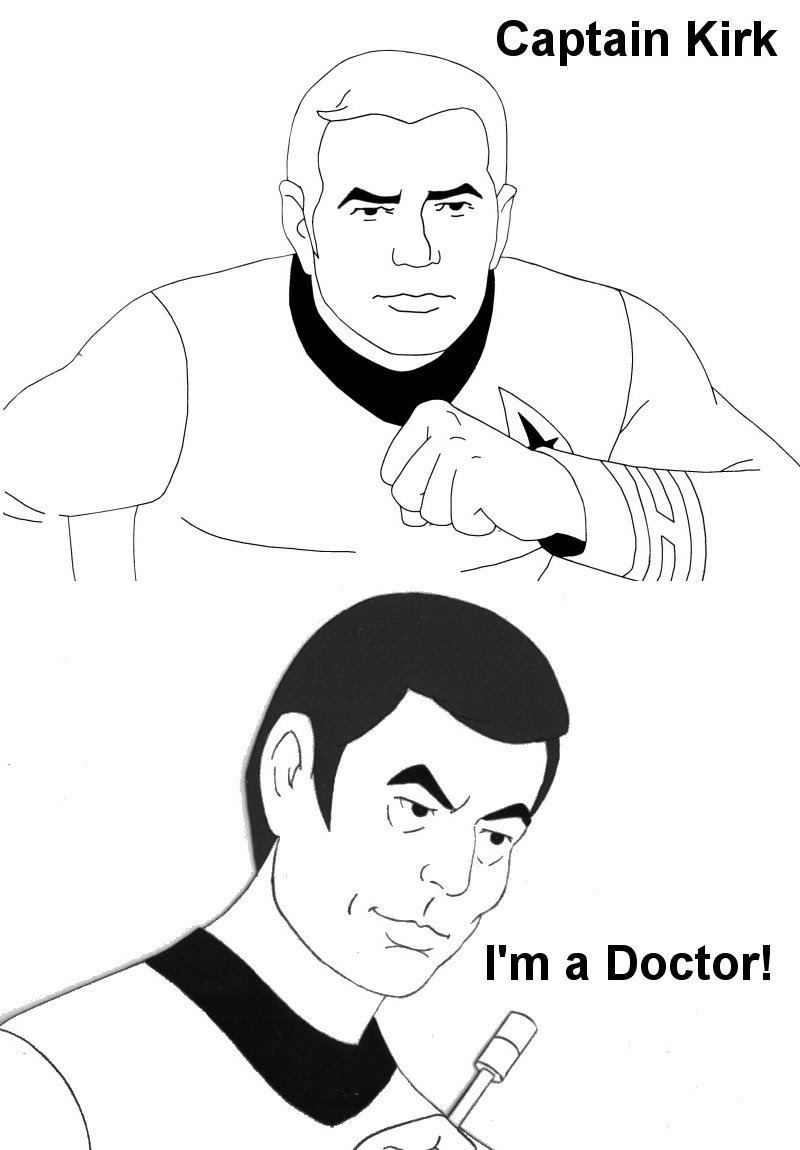 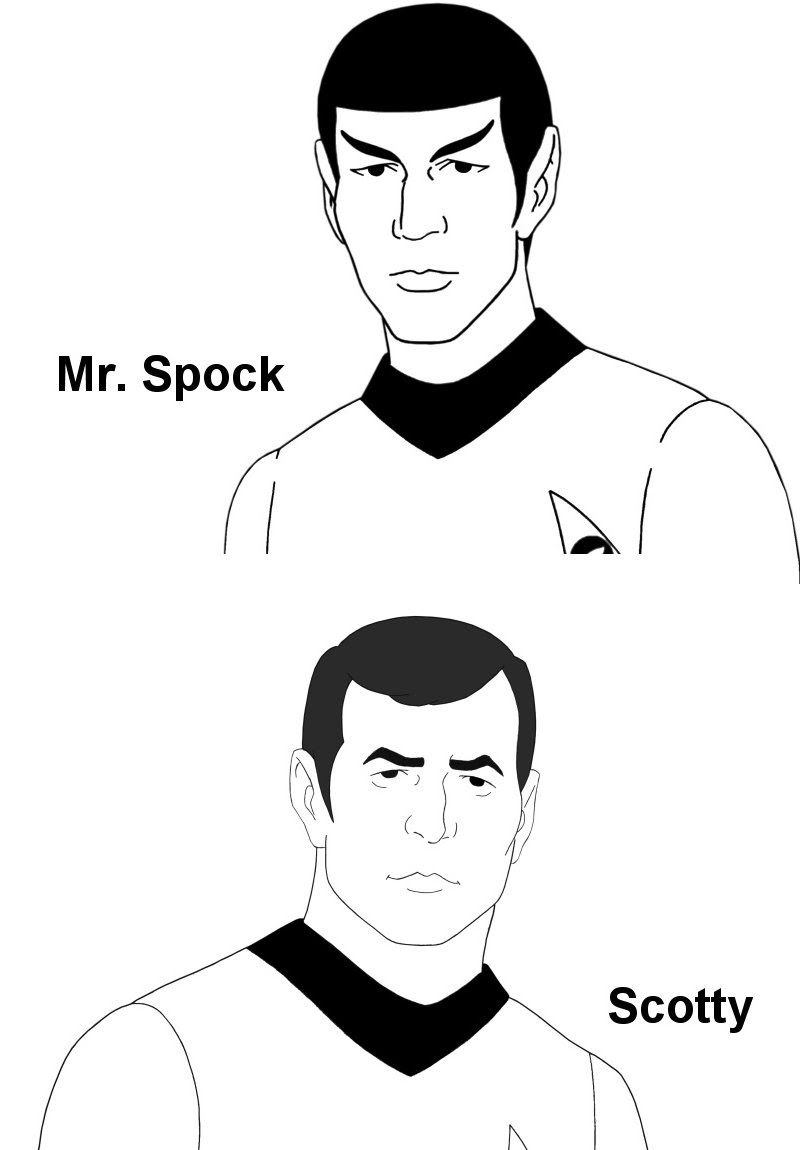 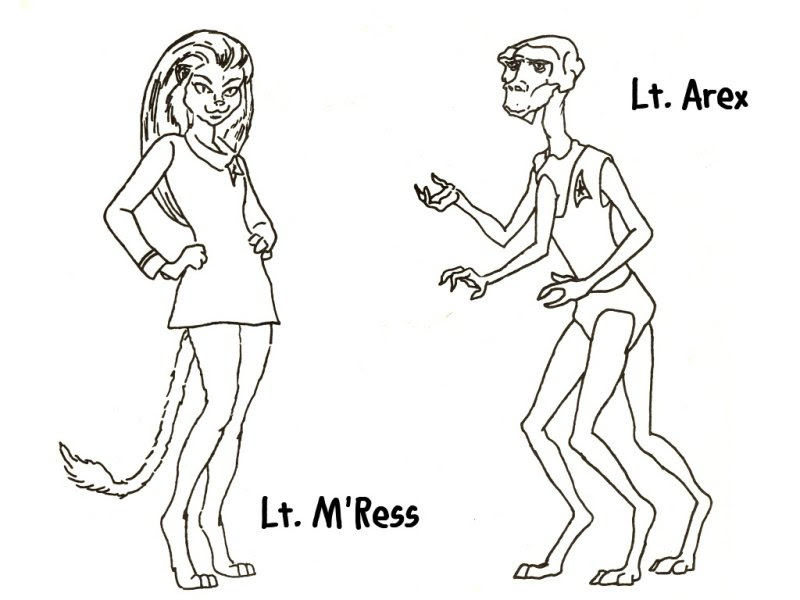 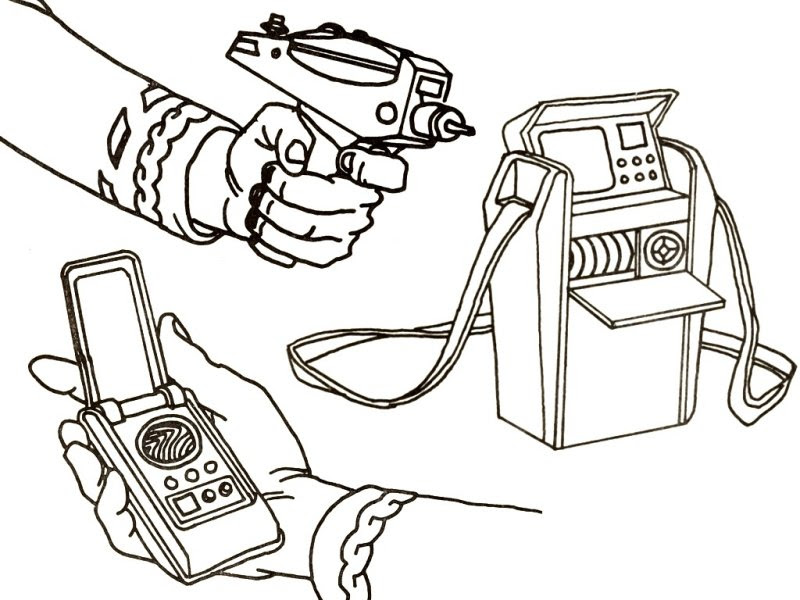 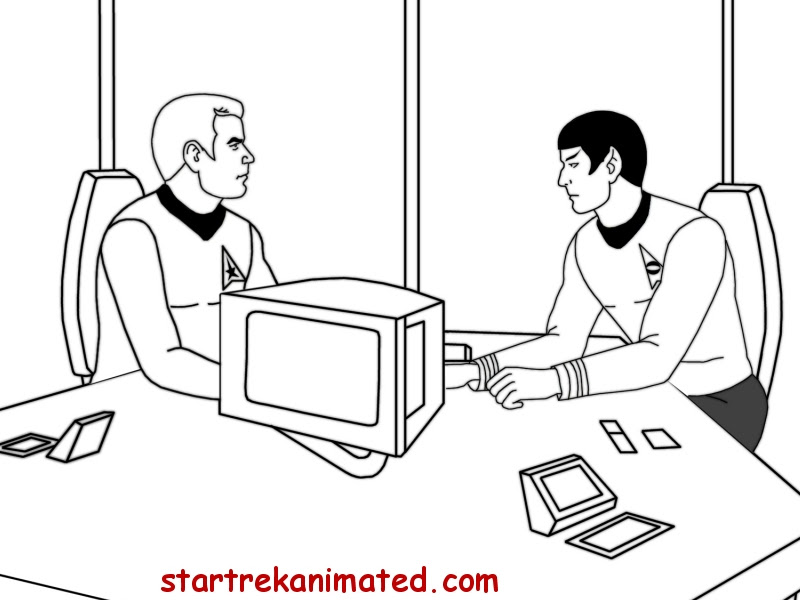 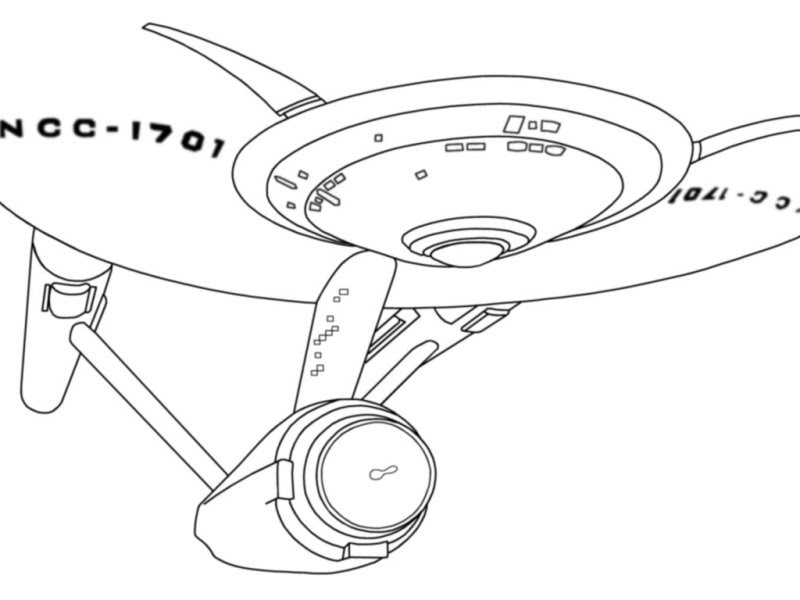 Bonus: a sexy painting of Lt. Uhura found online for your enjoyment! 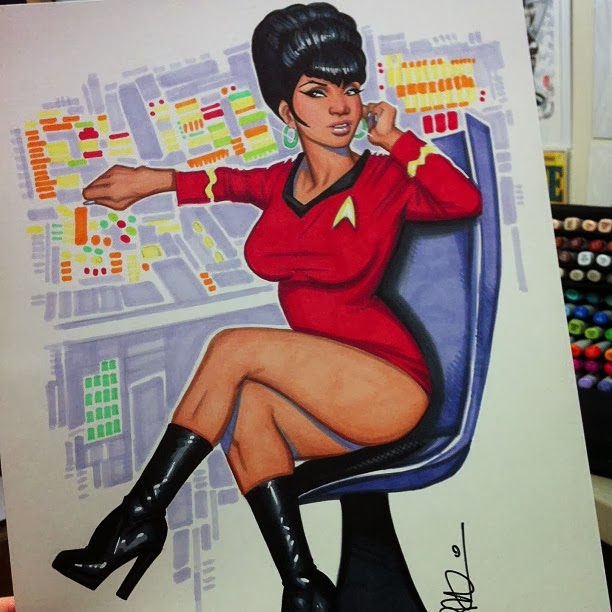