When "The Wrath of Khan" director Nick Meyer wanted a more nautical look and feel on the ship, he started with a dramatic (and to many, a welcome) redesign of the uniforms. Often, if a director on a sequel doesn't like some aspect of the design on the previous movie, he hires another person to come in and do what he wants. Fortunately, instead of going to someone else Meyer asked ST:TMP Costume Designer Robert Fletcher to return. Here is an interview with Fletcher from the pages of Enterprise Incidents (the news stand edition as opposed to the earlier fanzine version), issue #18, published June, 1984 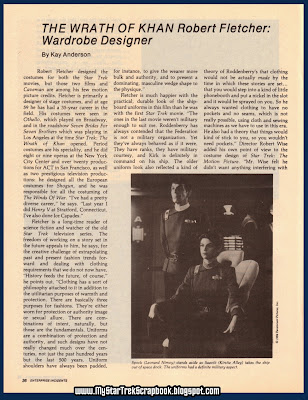 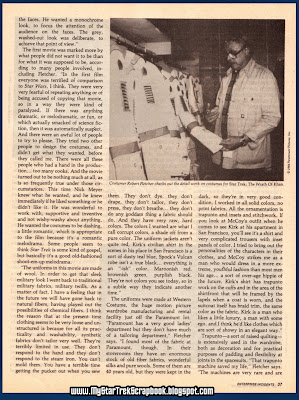 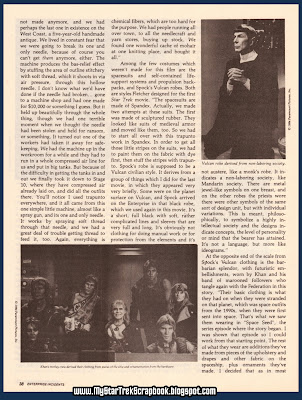 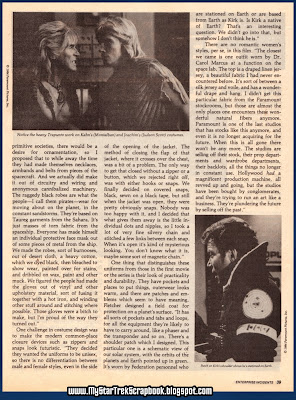 Bonus photos: Leonard Nimoy in a very early 1967 promotional appearance in costume and makeup at a parade. He never appeared in public in character again. Here is a link to an article about it. 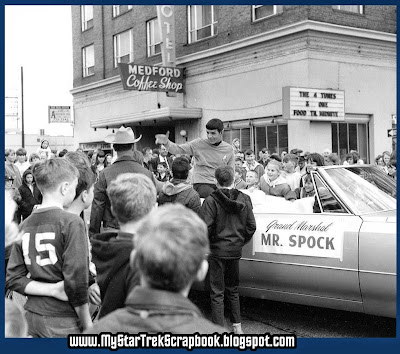 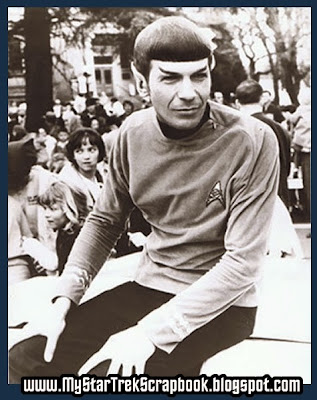 Not much to post this time, but I wanted to spotlight a couple of images I found around the web. First, an amazing painting of 'The Cage" found at www.SpaceboyComics.com! They do a fantastic job of combining all of the most iconic images from the pilot. One of the things I like about "The Cage" is that is gives the universe we know from the series a sense of history; that there was a crew before the one we are familiar with. Although largely an issue of practicality (to use the expensive footage and to stave off deadlines where no other scripts were ready), the way it was used in "The Menagerie" made the most of having the footage, and incorporating it into the history of the characters was done in such a way as to make it feel entirely planned (more naturally than George Lucas' retroactive decision to make Luke and Leia siblings and Darth their father). Gene's idea for doing this, in the way he did, was pure (if pragmatic) genius, and as a result we have the series only two-parter (which really felt like "an event") with a special story and feel. 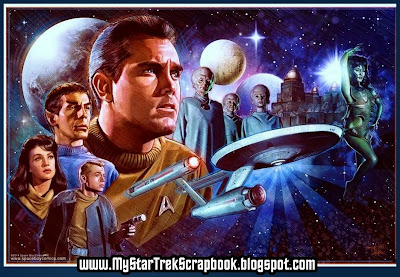 Bonus: I have found this photo only one other place, in an article that I posted awhile back. But here is the photo itself without the cheap magazine paper degrading the image. This is a special photo made behind the scenes of "Plato's Stepchildren." Wow! 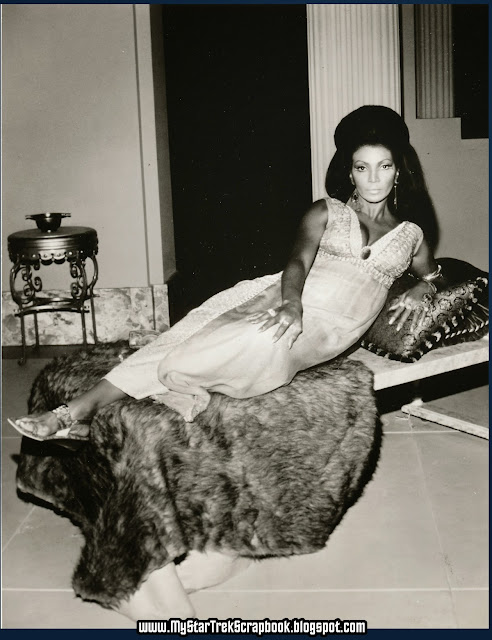 Bonus link: Speaking of Lucas, here is a well-done video mashup bringing the Enterprise and crew into conflict with the Star Wars universe!

And, so close on the heels of losing Leonard, we now say goodbye to another Trek crewmember, Grace Lee Whitney. She passed on May 1st, one month after her 85th birthday. (Read an official announcement article here.) You can find out more about her work and life here; you may be surprised how many other roles she had outside of Trek.) 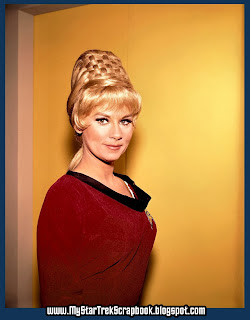 Initially planned to be a larger part of the show (as evidenced in the publicity photos where she was featured prominently with Shatner and Nimoy), the producers quickly realized that her character put a damper on the romantic dalliances of the Captain and put her in less and less shows. Grace's short and turbulent time as part of the show came to an end when she was unceremoniously let go during the first season (they could have at least written her out in a dramatic way, instead of not addressing it at all). The slide into depression, alchoholism and other kinds of addictions dragged her into a downward spiral that she struggled with for many years. She credited Leonard Nimoy and DeForest Kelly with helping her get work and help, and she openly professed that turning to Christ gave her strength to change her life. This didn't make her an angel; she was a flawed individual with issues still to be worked out, as all of us who know the Lord are. But it is only through the unmerited favor of God through Christ (which is known as grace) that any of us can find deliverance and peace.

As a believer also, I know that she is now beyond any struggles and is with Him forever. We won't forget you, Grace, and your life touched many people who are also struggling with similar troubles. Your short time on Trek made a big impact on the viewers, and you had many devoted fans who will miss you. Godspeed!

See all my other posts about Grace here.

Below, a couple of photos of Nimoy and Whitney having some fun on set. The top is a rare photo with Nimoy and Whitney having some fun behind the scenes. And in the next one, Rand seems to be teasing Spock about his ears! She is showing the same fascination with them that many women did. And note in the bottom photo (from the filming of "The Undiscovered Country") how close Leonard's pose is to the one above it! 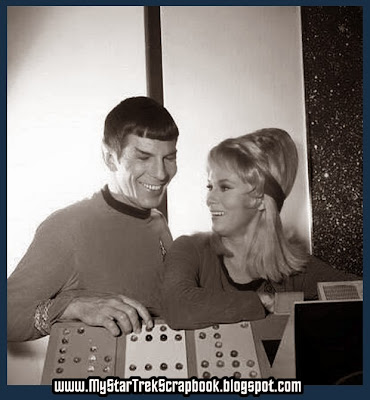 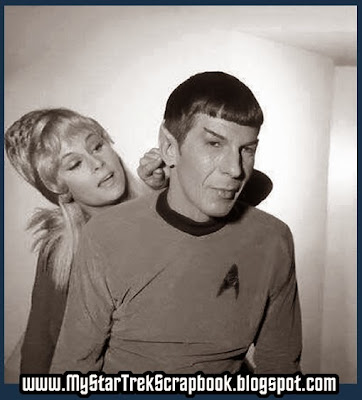 "Did anyone ever tell you how sexy your ears are, Mr. Spock?" 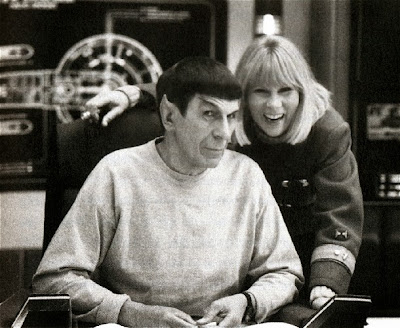 We miss them both.