Here's an article from the May 1990 edition of the awesome magazine "Cinefantastique," where Walter Koenig spills the beans about the then-planned "Starfleet Academy" movie which could have been ST 6. Thankfully, it was never made, and we got to see our heroes one more time in a grand send-off, "The Undiscovered Country." If Walter's efforts to alert the fans (and the resulting backlash) factored at all into the studio's decision to scrap the idea, then we should be grateful to him.
(Click on images to enlarge .) 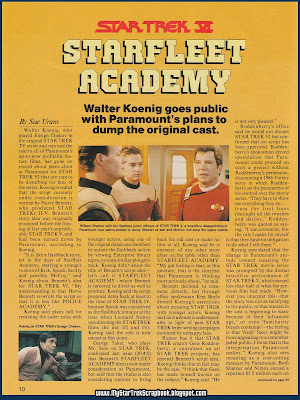 Of course, Star Trek '09 was in essence the same idea; recasting the characters with younger actors, showing the Academy days, and even using Nimoy as an anchor; but enough years had passed that by then, we were ready to revisit the original show and were willing to accept new actors if it meant seeing the TOS crew in action again.

Bonus: Below, a silly article from the National Enquirer tabloid, published in September of 1983, that tries to use Star Trek to lend "credibility" to it. 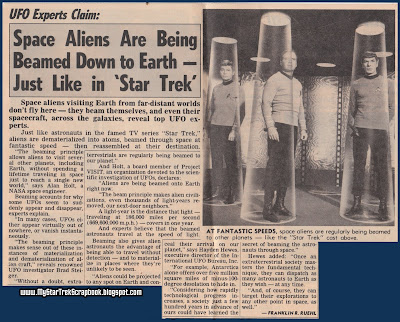 "Uh, you should be gettin' back under the beam, Cap'n, unless ye want to lose the left side o' yer body, sir."

Where ever I lived at the time, I made it a point to get in good with the person at the local newspaper who handled the entertainment section and received the movie press kits. I was fortunate to be able to get quite a few press kits for various genre movies when they were finished with them, as most were thrown out later. Here are a few from the "Search For Spock" press kit package, I'll post more from this and others as time goes by. Beneath each one is the card stuck to the back that described the photos.
(Click on images to enlarge.) 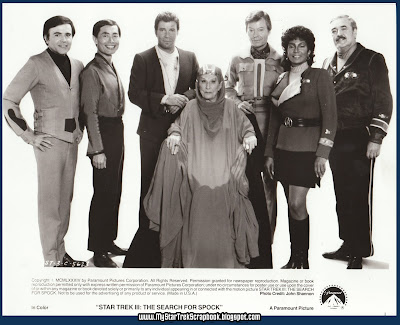 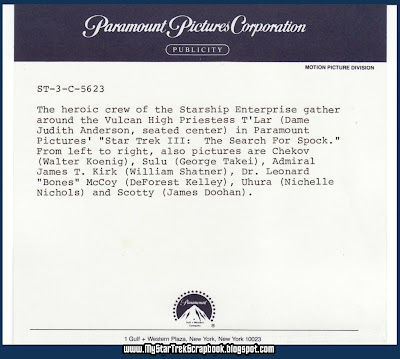 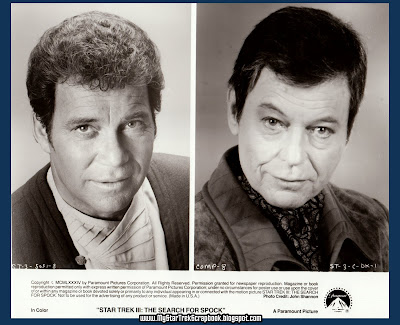 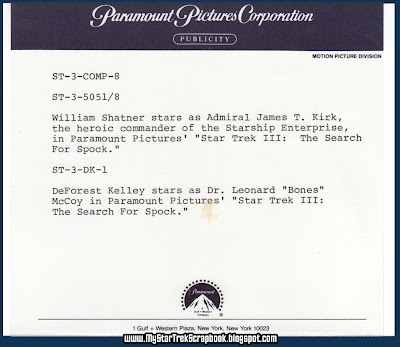 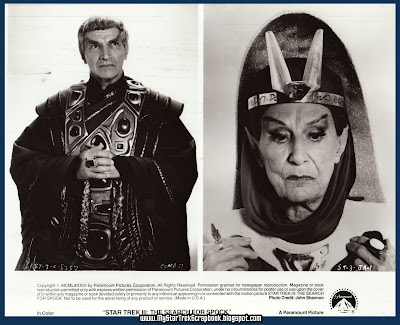 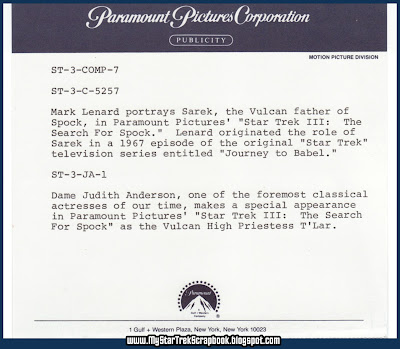 On a personal note, I apologise for the lack of recent posts; but it's getting into the holiday season and my mail order business is getting very busy and taking up more time than usual (no, it's not Trek-related.) I'll try to post more soon, though, as often as I can!
Posted by Frederick 2 comments