When Star Trek: The Motion Picture premiered, a lot of people were disappointed, myself among them. I had such high hopes! And we were let down. Although the movie accomplished a lot in terms of restarting the "franchise," and laid the groundwork for the look of everything to come after it, the all-important story and character interaction left a lot to be desired. Writer Harlan Ellison, known best to Trekkers as the author of "City On The Edge Of Forever," reviews the lackluster film in issue #33 of Starlog, published in April of 1980.

Harlan manages to set aside much of his anger at Roddenberry and company over his perceived ill-treatment when writing the TV script, and in much of his review I agree with him, something I rarely do. For example, I felt that the changes made in the filmed script for the series were for the best, and better "Trek" than his original script. Most of his criticisms of the movie, however, are spot-on, and sadly warranted. However, it does end on a note of hope for the sequels, and in that he (and the fans) were rewarded.

Agree? Disagree? Comment! (To read Roddenberry's reaction to this article, read this.) 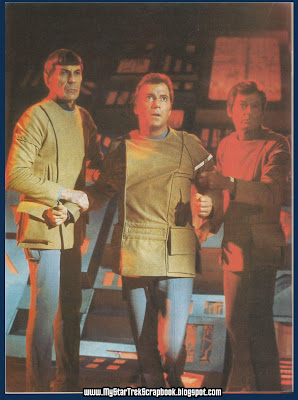 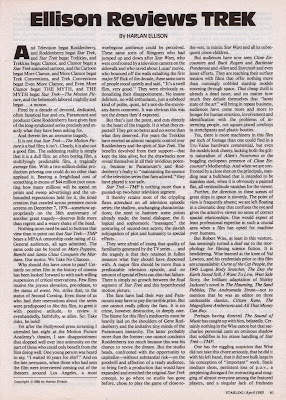 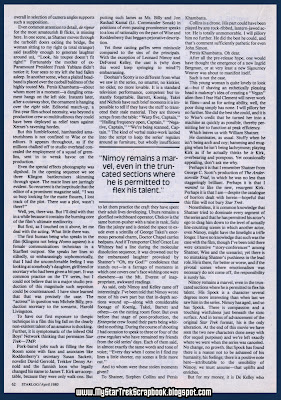 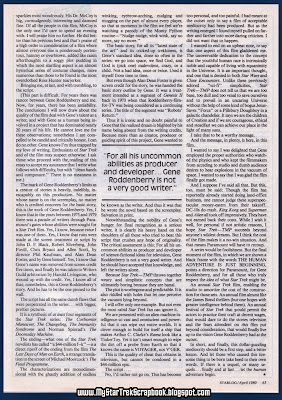 Bonus: below, a page from the same issue, on the comic book adaptation of the movie script. 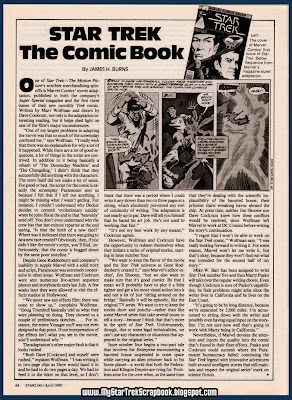 Bonus #2: Below, an ad from the back cover, for an LED-enhanced jacket movie tie-in. 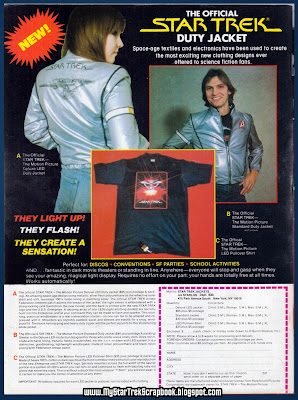 Bonus #3: Below, the inside front cover, an ad for the light-up movie Enterprise model. 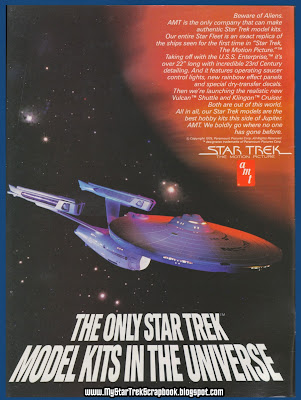 Bonus #4: Below, a one-page write-up by the movie's science adviser on the theory behind the movie's "wormhole" sequence." This sequence, while marred by the crew's "jiggling" in their seats when the camera was not being shaken, was still about the only action scene in the movie that raised a little excitement and suspense. Under that is a single-panel comic taken from the letters page on the same topic. 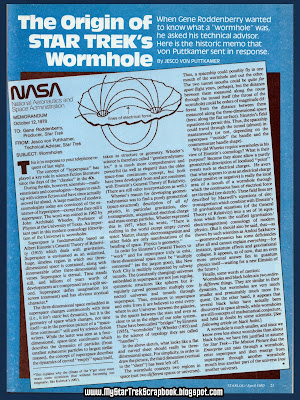 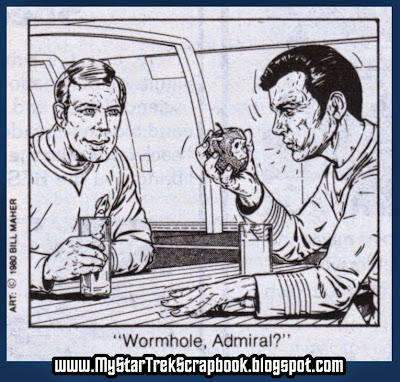 As an aside, I am not so completely down on ST:TMP that I can't appreciate the good things about it. Seeing the new upgraded Enterprise in loving close-ups was worth the price of admission; the epic score, etc. I still take out the Director's Edition that Wise re-edited occasionally and watch it, as it is the best version. The tightening up of the film and the fixed sound and visual effects add to the experience and allow me to enjoy it more than ever before. But I could still wish for better pacing and story!
Posted by Frederick 4 comments