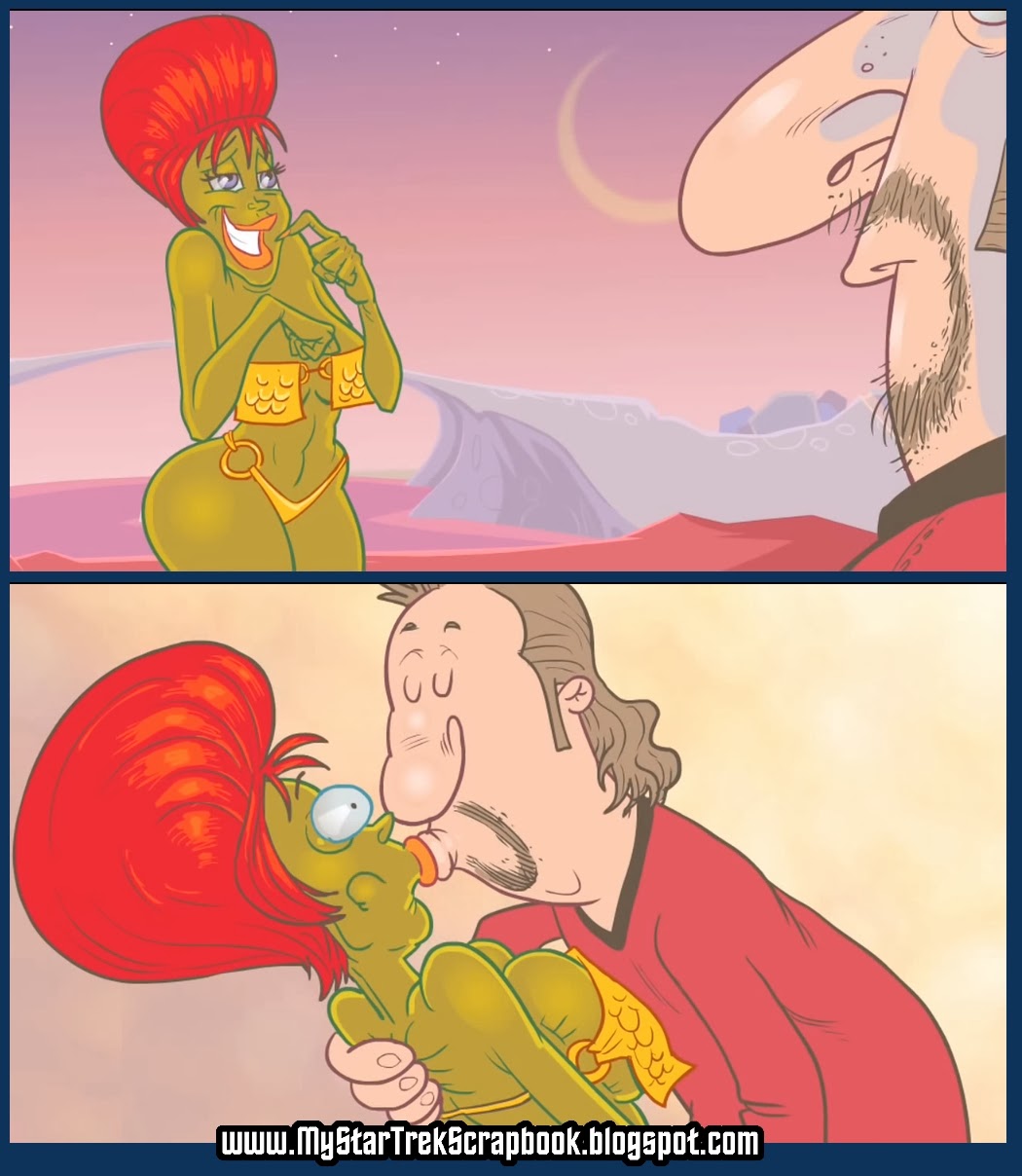 "This is the traditional Earthman greeting, honest!"

I was finally going through my accumulated emails from my various blogs after the Christmas holidays, and found some neat messages. One was the subject of my last post, the Trekker from Logan's Run. Another one contained a link to a very amusing and well-drawn and animated video, which I am sharing below. I particularly like the humorously exaggerated depiction of the Green Orion Animal Woman! Here's what the email said about the video:

Hey Fred! I love your blog, what an awesome collection to share with the world, I'm really enjoying it! I wanted to pass along a project I'm working on, I hope you enjoy it as I enjoy yours - it's a Star Trek parody about those members of the intrepid space crew who were unlucky enough to don red shirts. In an even unluckier twist, they keep coming back for more..

This is the first of the scripts to be animated, more to come! I appreciate the look, and hey, if you love it and want to post it on your site, I'd appreciate that even more!

BONUS: want to see something else funny? Watch this trailer for the '09 Star Trek film re-edited using bloopers from the film ! It's priceless!  http://www.youtube.com/watch?v=xYnLO-MVRaY#t=93
Posted by Frederick 3 comments

The Trekker In "Logan's Run"

In 1976, the biggest movie to come out that year (at least according to me) was "Logan's Run." I saw it several times in the theater, bought the novel, and the soundtrack LP. I even saved up about $50 to buy a set of over-sized lobby cards from the movie at the Ft. Lauderdale specialty shop "Starship Enterprises."

One thing I noticed immediately was that a Star Trek fan extra snuck in the Vulcan salute at the end! Have you ever seen it? Watch at the end when the young people are reaching for the old man... right in the foreground, one of the raised hands briefly makes the Vulcan hand sign, and it made it in the movie! And it wasn't just off to the side in a subtle motion... but it actually blocked the view of Peter Ustinov's face for a moment! See my screen capture of the moment below... (click on the image to view full-size.) 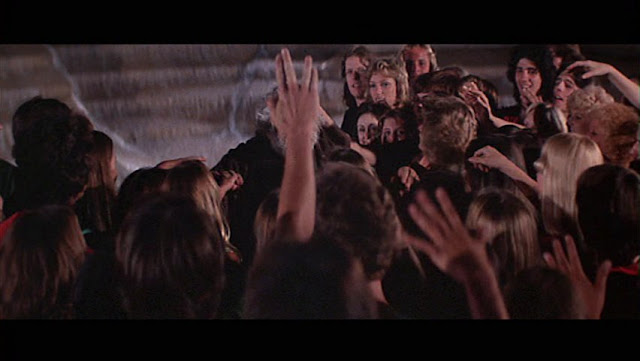 I originally wrote about this in a post about "Logan's Run" over on my sci-fi/nostalgia blog "Fantastic Flashbacks." You can read the original post here.  I ended the post with the line "My sneaky Trekker friend, whoever you are, I applaud you!"

Well, thanks to the internet, that person has stepped up and claimed this bit of filmic Trekker identification! Here is an email that I got from him:

Fred,
Thought you might be interested to learn that I was the Vulcan Hand Salute kid in Logan's Run.  My mother was a talent agent in Dallas after we moved here from L.A. in 1970.  I had done many national commercials through an agent there and my mom decided to open an agency in the new film frontier of Dallas.  As a result, she always sent me on extra calls for films made in Dallas at the time like Logan's Run, Phantom of the Paradise, Semi-Tough and others.  I remember working weeks on end on LR culminating to the big finale of filming the destruction of "Dome City" filmed at the Ft. Worth Water Gardens.  We were directed to wait on the far side of a wall for the explosions and then came over to gather around the first old person we'd ever seen, played by the late Peter Ustinov.  I also remember a girl from our agency was selected to be the one to touch the old man's face.  Rumor has it this required a "special audition", but who really knows. Anyway, I was simply wanting to find a way to locate myself in the crowd and didn't do it long, I thought.  I feared it would get noticed and end up on the cutting room floor, but as you mentioned, made the final print.  I had forgotten about this until a friend of mine from back then called me and said the salute had made the Internet.  So, there it is and thanks for the applaud.
Adam Wyse

Thanks, Adam, for writing and sharing with me -and the readers- your story! Now we know... and you certainly did make your mark that stood out from the rest of the crowd!

Bonus: Since today's post concerns the Vulcan salute, here is a nice image I found online that is a mock-up of the old Gold Key Trek comics with nice modern artwork!