Ah, what fun I'm having going through the collection cabinets looking for stuff to share with you! Lately I've been hitting the Starlog shelves, and there's so much good stuff in them that I think my readers will enjoy, that I've been posting them back to back. Here from the April, 1980 issue of Starlog is an interview with and article on Bob Fletcher, costume designer for ST:TMP. 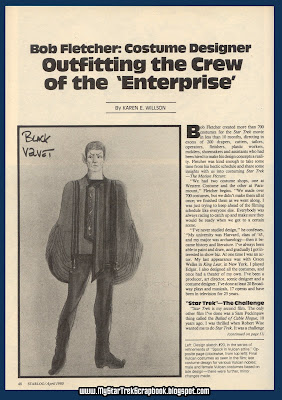 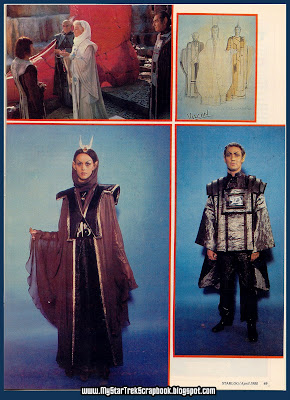 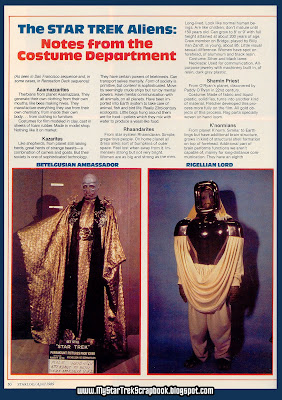 On the Rigellian homeworld, interior decorators also moonlight as fashion designers. Which makes a lot of sense when you realize that they resemble turtles, which carry their homes on their backs. 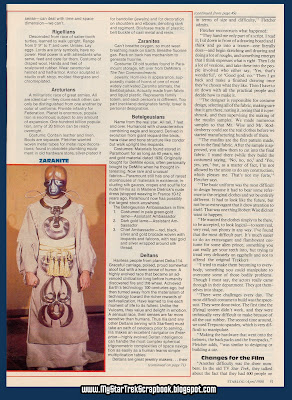 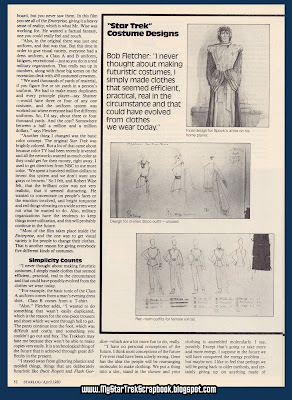 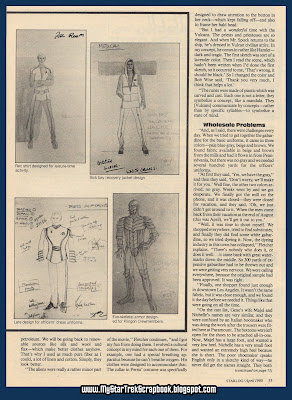 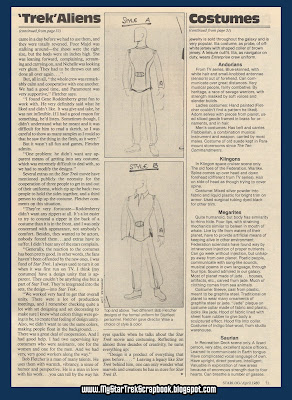 Bonus: Below is a clipping from the same issue of Starlog about the official Hollywood premiere of ST:TMP. 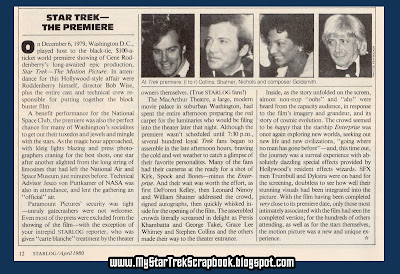 Goldsmith, having been the only one to have seen the film beforehand, seems to be wryly anticipating the reaction of the others.
Bonus: Below, from the back of the magazine, an ad for a neat jacket that lit up! (Yes, they did have LEDs that long ago!) Which would have been a cool thing to wear to a disco as the ad says... but how many Trekkers would have been at a disco, dancing the night away with the non-nerdy crowd? 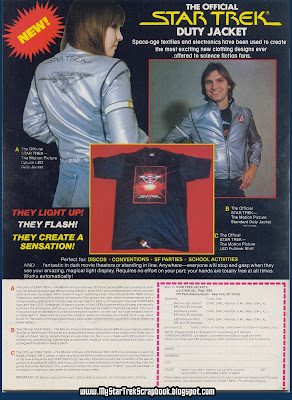 Guaranteed to get attention is the school lunchroom, just before you got your lights punched out... literally.
Posted by Frederick

One thing I noticed while going through the extra's for Star Trek XI on the 2nd disk - you see one of those 70's Star Trek silver jackets being presented to J.J. Abrams on set. Clearly he's a fan of ST-TMP.

I missed that, I'll have to watch for it next time! The way that the new ship imported so many external details of the TMP ship, and the (faster) shuttle fly-around do show his fondness for that movie.

I want that duty jacket! That's what it takes to be a cool Trekkie :)

I suppose of there ever was an article of clothing that could ever bring together those two words -"cool" and "trekkie"- then that jacket would be it!

The thing about that disco jacket that always impressed me was that its the STTMP landing party jacket, only in gaudy "metallic silver fleck polyurethane" with LEDs. So despite its tackiness, I always marveled that somebody decided to base it on something that was actually in the movie instead of just taking a generic jacket design and slapping a couple of Star Trek logos on it. Good for them!
Also, when you adjust for inflation, the cost of that thing in 2010 dollars would be $318.98 shipped, which really seems like a stretch :)