This time we look at a couple of articles on Star Trek IV from Starlog issue #114, published January 1987, which means it was on the newstands in December of the previous year, when the movie came out. "The Voyage Home" was a great present for Trekkers that year! First, the cover...
(Click on images to enlarge.) 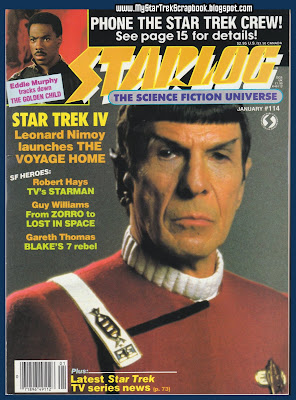 And next, the main article, which is an interview with director/star Leonard Nimoy. 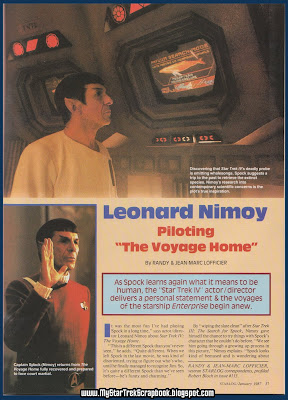 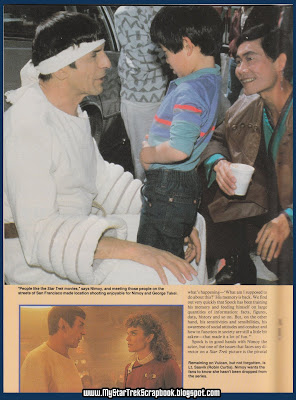 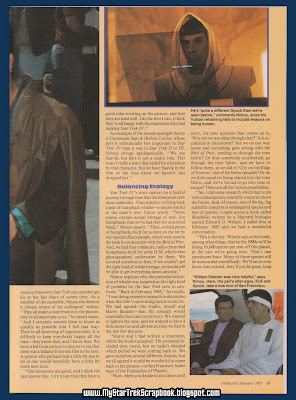 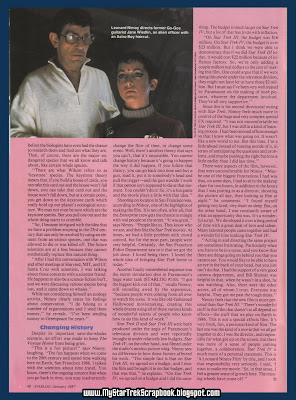 Next we have a three-page look at the movie itself. 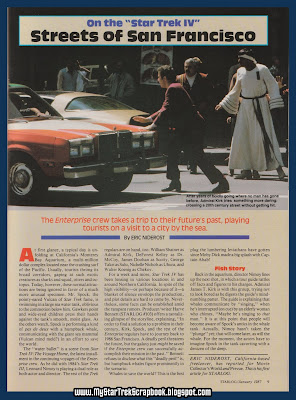 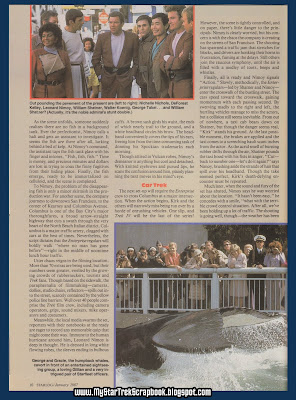 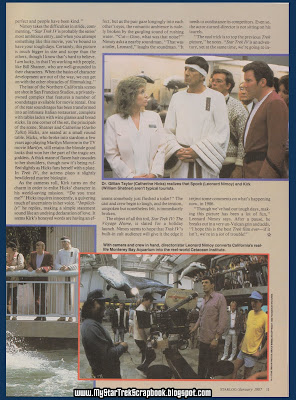 And finally, as a bonus, a cartoon from the same issue that re-casts the crew with some looney actors. Am I the only one that would like to see this idea realised now as a special DVD movie? 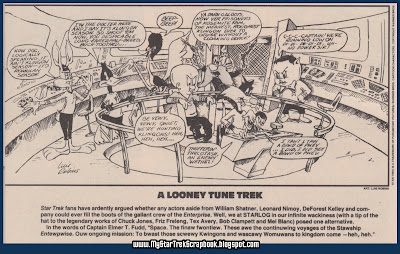 Fun set of articles. I went to see TVH six nights in a row at my locla theater over Christmas break. It made me feel like I really was watching the Star
Trek I grew up with in the 1970s (I've never been a big Wrath of Kahn fan - it's always felt too much like a Six Million Dollar Man episode cast with Star Trek characters, but that's just me).

I assuming the asian kid with Nimoy and Takei would have been the kid that was going to play Sulu's great, great, etc grandfather. Poor kid, bet he's kicking himself now.