Nimoy Looks Back at Star Trek 3

From issue #106 of Starlog, published May, 1986, we find this look back at "The Search For Spock" with a critique of the film in retrospect by director Leonard Nimoy.

(Click on images to enlarge; once it opens, you may
have to click on it again to view full-size.) 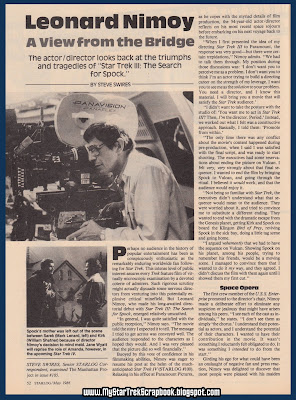 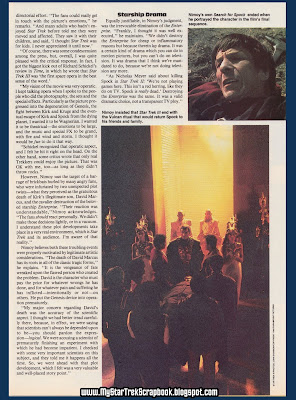 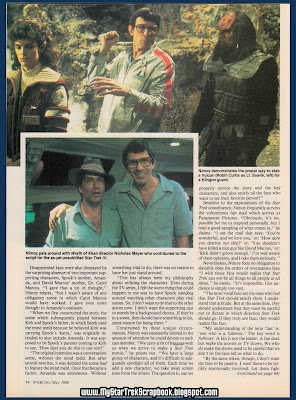 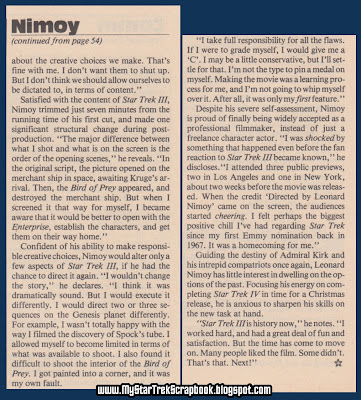 Below: from the same issue, a photo of Nimoy from page 74, the last page of the magazine with a regular feature called "Liner Notes." 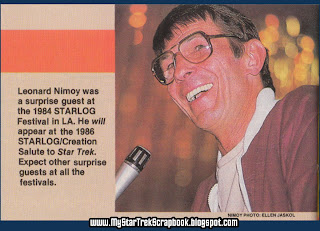 Bonus: from the same issue, an ad for the upcoming 20th Anniversary convention. Hard to believe we have passed the 45th anniversary already. And sad to see how many of the stars are no longer with us. 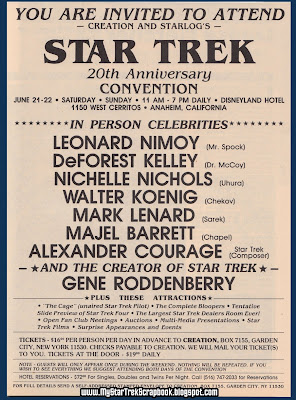 I don't remember seeing this in its entirety, and I love it. Thank you for posting

Fred, for file naming purposes, do you have the Starlog page number for "nimoy_tsfs_05"? And I assume it's from Issue 106, right?
--JohnG7

John, As soon as I pull that issue back out of the cabinet I will look at the page number and tell you. It was on the last page in the same issue, however.

Star Trek 50th is just around the corner.

I was at Leonard Nimoy's surprise appearance at the '84 Starlog Festival, and clearly remember the few hints he gave out about the soon-to-be-released movie.

The clearest memory I have is someone in the audience asking about the rumored destruction of the Enterprise. He tried a few different euphemisms for "destroyed" before finally asking if the Enterprise was "dusted" in the movie. Nimoy, playing with the audience but also trying to reveal as little of the movie as possible responded "we all get a little dirty."

Hard to believe that's 30 years ago.

Thanks for sharing that memory! You were lucky to get to go to such things!