Another veteran of the original series, this time a behind-the-scenes name, has passed off the scene. Charlie Washburn, assistant director during the the second and third years of the program's run, died at age 73 on April 13th of this year. Here is an article written by Mr. Washburn himself, recalling his memories from his time on the show, scanned from the Trek 20th Anniversary issue of Starlog, #112, published in November of 1986. (See the cover to the magazine here.) 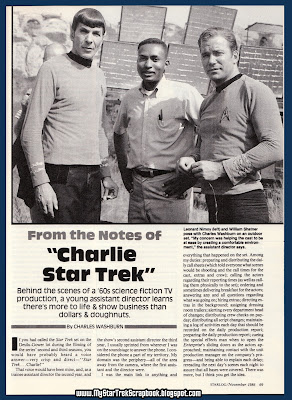 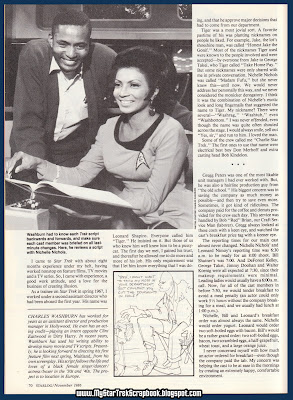 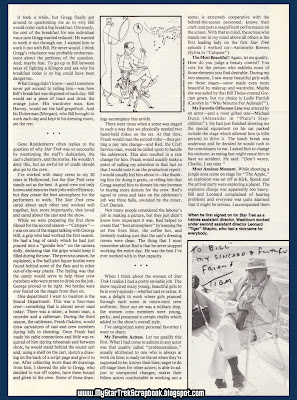 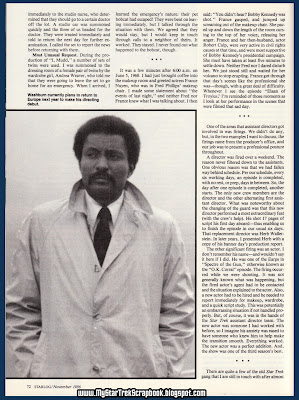 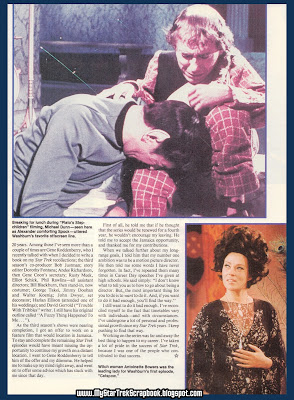 Here is a great blog post by Larry Nemecek about Charlie that does a good job of eulogizing him.

For some odd reason, the official site at http://www.startrek.com/ has refused to acknowledge Charlie's passing, as they do for anyone else that dies who was associated with any of the shows. I have posted this omission twice on their facebook page, but each time they have deleted the comment. Why? I think we should all post comments on the FB page and site and ask them that question. UPDATE: Finally, on Feb 23rd of 2013, the site did acknowledge Mr. Washburn's passing and his contributions: http://www.startrek.com/article/trekland-extra-15-oscars-remember-charlie-star-trek

Bonus: Below is another photo from the ST:TMP Date Book desk calendar that came out in 1980. (See more pages here.) 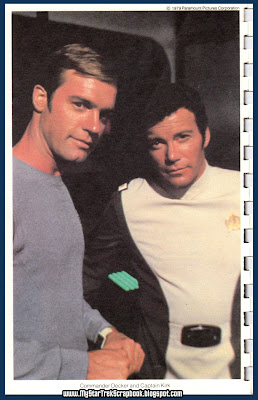 Man! If only these guys stayed around forever! Unfortunately, even these guys pass away as well...Good Bye Washburn!

THANK YOU for posting this article.
I too grew up watching Star Trek and it's interesting to know what took place behind the scenes.

It just goes to show Star Trek success hinged on the very people behind the scenes who believed and enjoyed in its profound philosophy.

Wow that Charlie Washburn article is fantastic -- thanks for sharing it!! Shatner's Toupee has also written a blog post about the article!

Great article and so nice to read the amusing story about one of my all-time favorite actors, Michael Dunn. Thanks for posting this, and thanks for the links to the Trekland article, too.

Curious if the official Star Trek site ever recognized his passing? Pretty odd that they would also delete you post asking the question.

I don't think so, I just did a search for his name on their site, and nothing turned up except for a credit or two for his work on certain episodes. Too bad.