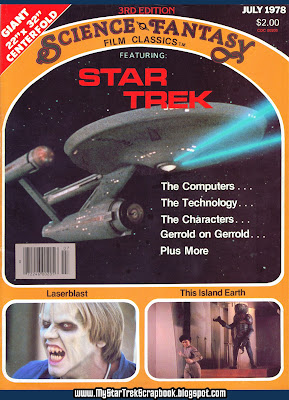 The old collection cabinet opens this time to reveal Issue #3 of the classy Science Fantasy Film Classics magazine, published June, 1978. Most of this issue is devoted to Trek, and I'll be spotlighting more of the great articles from it in future posts. Kicking things off is the article below, interviewing all of the main cast except for Nimoy. It's interesting for me to realize just now that one of the writers was Diane Duane, who wrote several notable Trek novels and even contributed to a Next Generation script. 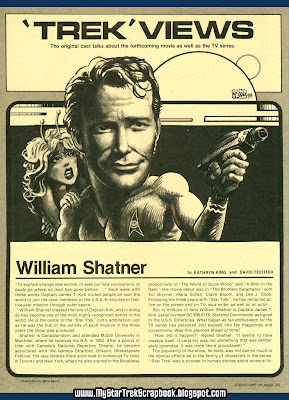 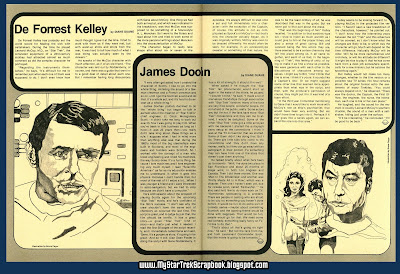 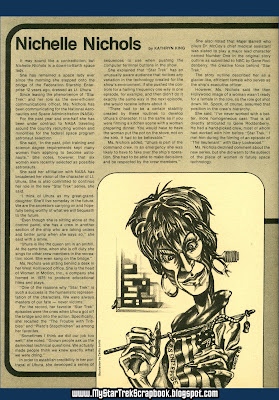 This has to be the least flattering depiction of Uhura I've ever seen, even considering it's a caricature. 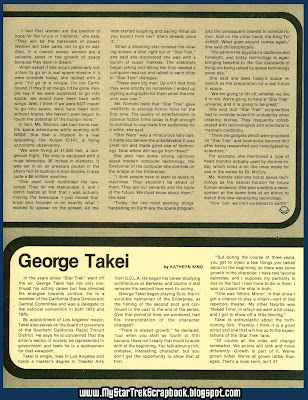 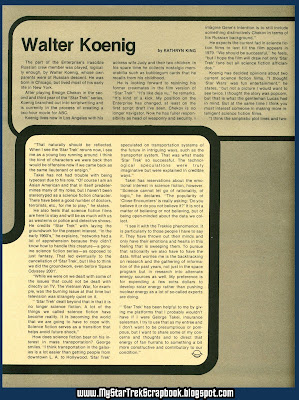 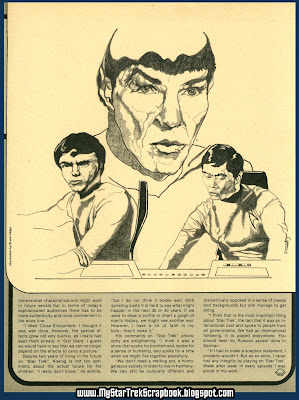 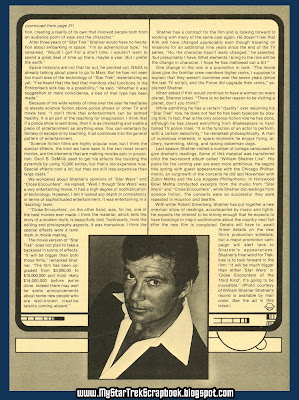 Below, not part of the article but interesting anyway for the ads! 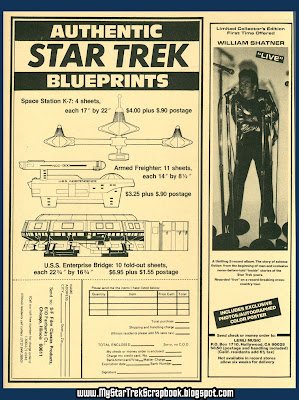 And a bonus page from the same magazine, by Mike McMaster (read his Wiki entry) who was famous among Trekkers for his detailed and accurate blueprints, advertised on the page above. Sadly, only a few months after writing this article, he died in an accident at only 25, in September of 1978. 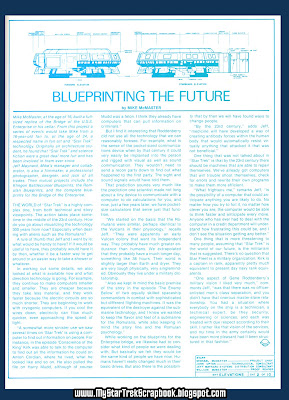 It was interesting reading in the article above that Mike thought that one unwelcome use of computers in the future as portrayed on Trek was the ability to use them to research individuals and their history. Prophetic words, which have come to pass already with the internet... anyone can look up virtually anything on anybody with a few simple searches!
Bonus link: To view most, if not all, of the various blueprints published about Trek vehicles, go to the LCARS Blueprint database. But beware, you may spend hours there before you know it!
Posted by Frederick

A buddy of mine has those blue prints, I tried to get him to give up the Shuttle craft set, but no go.