From the July 1987, issue #228 of Cracked magazine, comes this spoof on "The Voyage Home," published significantly later than when the movie came out, which was in December of 1986. The cover is rendered by Severin (who passed away recently) but the inside art is by Bill Wray, whose style takes humorous caricature over into plain grotesquery. First, the cover, then the spoof. 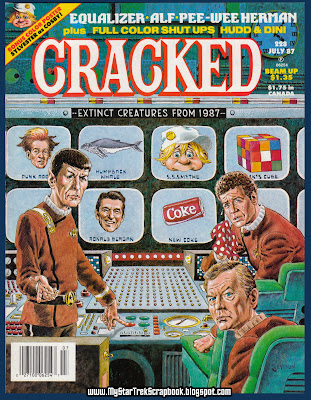 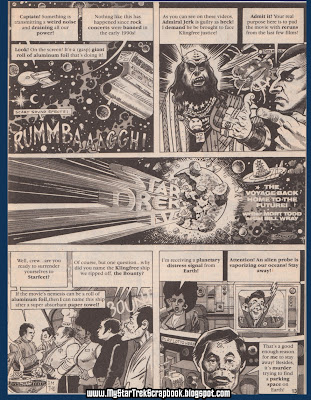 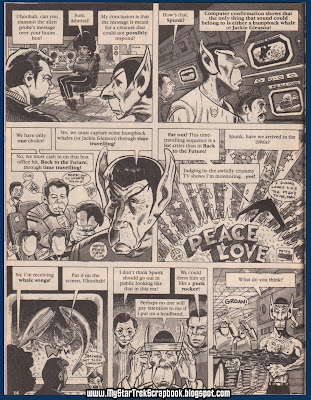 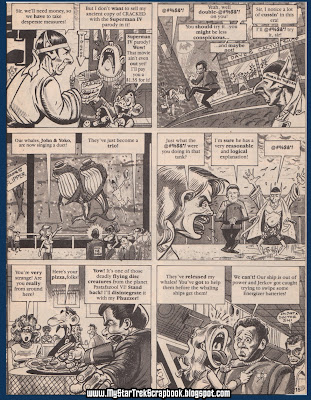 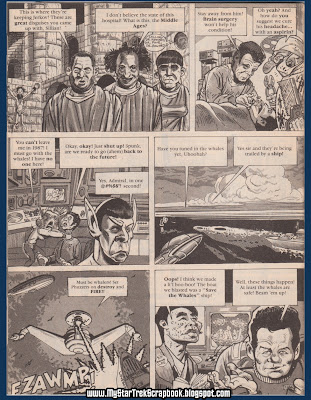 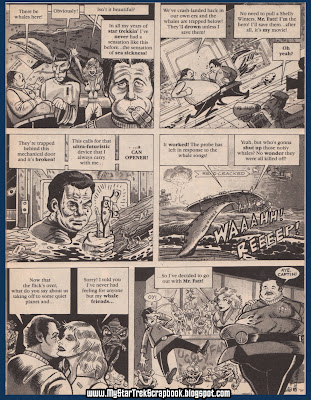 Bonus: from the same issue, a page of Trek Hurry Ups... 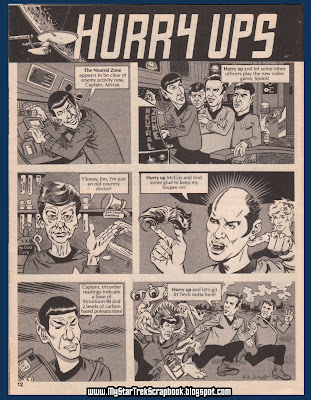 Bonus: a publicity still of Bones in makeup from "The Deadly Years." He was only slightly more crotchety in this episode. 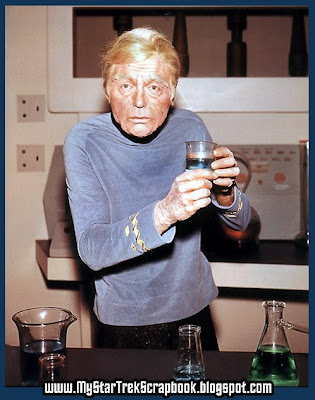 A rare costume test photo for the un-made "Star Trek 7: The Search For A Retirement Home."
Posted by Frederick

I think Bones has been sipping too much of the good stuff.

Your captions under photos always makes me chuckle

Thanks for commenting, glad you like my captions. My sense of humor is so weird I didn't know if anyone else would like them!

I enjoyed visiting your blog, seeing your photos and reading all about your travel adventures.

Yes Frederick, your captions are very funny. But, I may have a weirder sense of humor. After all, who else but me would have a license plate frame for their car that reads "What's The Frequency, Kenneth?"