For the past three entries, as you may know, (if not, use the Archives links to catch up) I have been posting the pages from issue #3 of Starlog, as they covered the 1976 Bi-Centennial 10 con, held in NY in September of 1976. This post wraps up that series, with the appearance page on Walter Koenig, and an inside look at the joys and trials of organizing conventions by none other than superfan Joan Winston.
(Click on images to enlarge.) 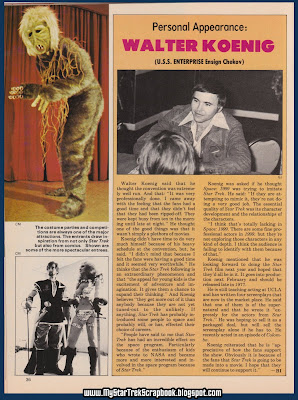 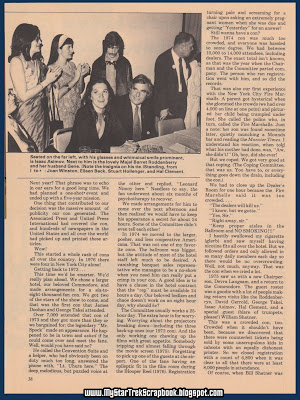 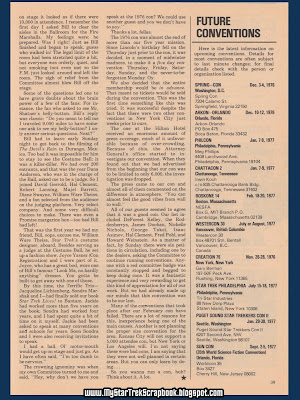 Below, from the same issue, is a writeup on the rollout celebration for the shuttle prototype which was named Enterprise. (I've covered this in other posts, but with articles from other sources.) 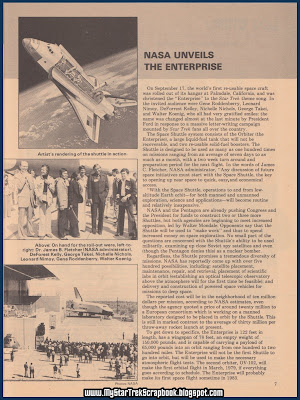 These are really good scans. And you've picked a section of Issue 3 that I skipped when scanning my own massive archive, so I'm gobbling them up. Your cover scan has brighter colors than mine for some reason. Your copy of this issue must be gorgeous. Cartoon Uhura never looked so good. --JohnG7