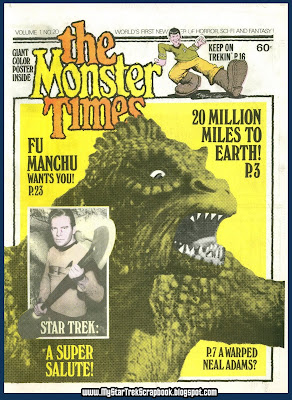 Back in 1972, I had just discovered Trek, and was about to find the Blish novels for the first time.

Up to this point the only Trek I had read was the Gold Key comics, and they weren't exactly true to the show. Below is the scanned in article on those books. If you were a reader of the James Blish adaptations, this will bring back some memories as well as knowing nods. 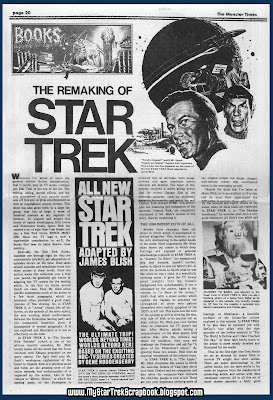 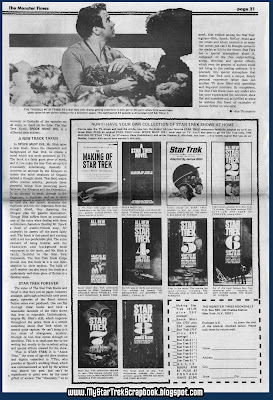 Here is the famous (or infamous) "Keep On Trekin'" poster from that issue that has now become a part of my blog header! 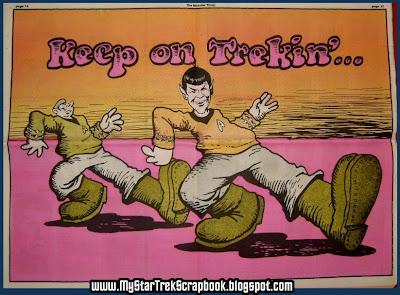 Below is an ad page from a later 1976 issue that will give you an idea of what we had to choose from as far as Trek items back then. This page served as a Sears Wish Book for me, in that I gazed at it and dreamed of owning so much of what was there. Thankfully, the books I could and did own as time went by. Each one was a treasure, even truncated as they were. I had never seen the episodes they were adapted from at that point, so even the scant descriptions given by Blish were like samples of my favorite dish, and only whetted my appetite to see them. 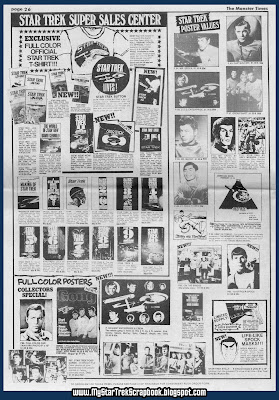 Yes, every true "trekkie" must own a pair of Mr. Spock ears. Scanned from the same issue.

And here are the scanned covers of my copies of the books that meant so much to me at the time. Getting my hands on them as a young teen helped make some of the best memories I have of those times. Looking at them now brings back a flood of sweet nostalgia! 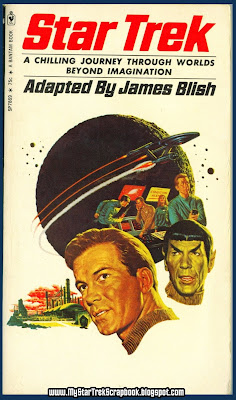 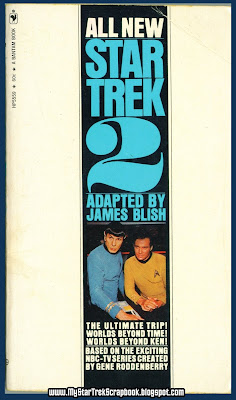 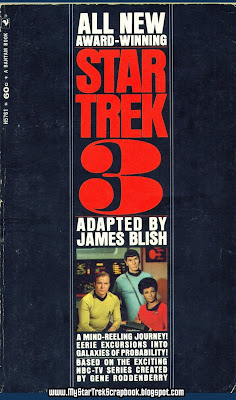 Wow! I have those books as well, but they've been in a box for years and so seeing the covers again was great :) Thanks for sharing!

I had that issue of Monster Times. I remember that Star Trek Super Sales Center. I wanted everything on that page!

Over time, I did collect many of the items on the STAR TREK SUPER SALES CENTER page.

UW,
I felt exactly the same way; everything else on the page that I didn't have, I wanted... except those!