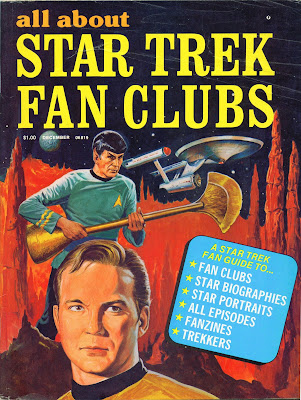 Issue #1
In 1977 a magazine appeared that only ran six issues. Made by fans for fans, "All About Star Trek Fanclubs" was mainly filled with photos of the stars as taken at conventions, fan creations and artwork, Trek news events, etc. The publication, while an admirable effort, seemed a little more amatuerish than most widely-published efforts, as if a local fan club suddenly found a national distribution for their fan magazine. It also seemed slanted toward the teeny-bopper fangirls; for example, who but them would hang a poster of Leonard as a young boy, featured in one issue, on their wall? But there was enough of interest to me that I bought every issue, and still have them.
Issue #2 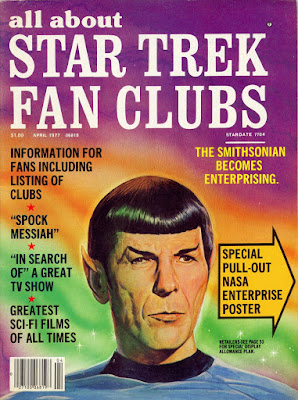 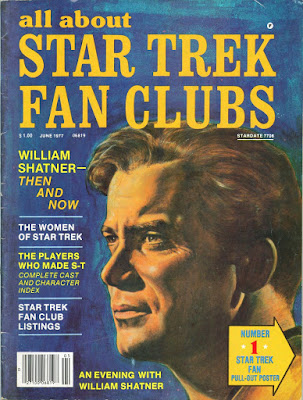 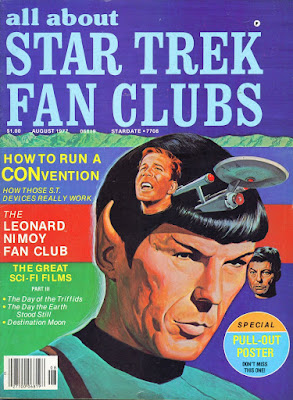 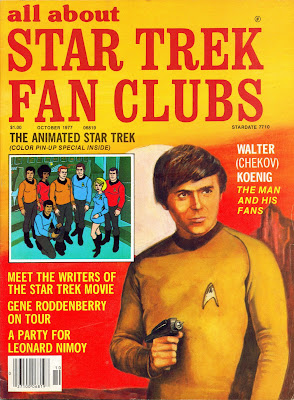 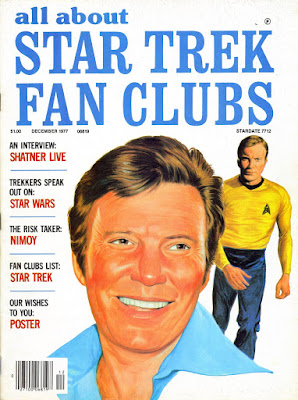 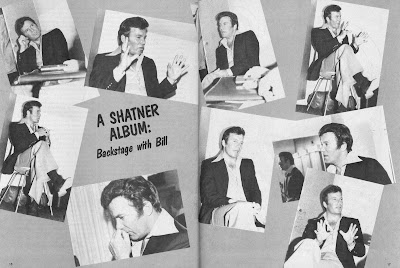 The Shat, from one of the photo spreads in an issue of the mag, in an expressive mood a couple of years before the first movie.

Another Funky Winkerbean strip, the last one in the buildup to ST:TMP, published on Dec. 10, 1979.
The computer in the strip got to see it before I did. My stepdad was watching like a hawk for any opportunity I might take to go see the movie, but I fooled him, acting cool about it and waiting until January to see it, after the heat was off. I finally saw it with a minimal crowd in a small theater in the first week of January 1980. As usual for me, I smuggled in my boxy Radio Shack tape deck under my coat, and taped the whole thing for playback later. 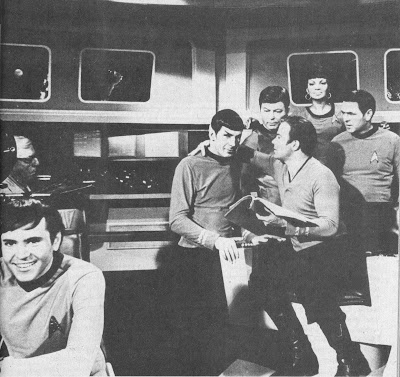 After reading a book on Pon-Farr, the crew assures Spock they will all help in any way possible.

Photo Caption Fun! Got a funny caption for this photo? Leave it in the Comments area for all of us to enjoy... but do try to keep it from being too raunchy.
Posted by Frederick

Through the magic of time travel, the Star Trek cast shows their opposition to California's Proposition 8.

I had all of these fan magazines too. They were worth having for the cover art.

I think I remember bit about Space 1999. The trekker is sporting a black eye and a vulcan hand greeting saying, "I'd rather fight than switch to 1999." This being a parody of the old Robert Conrad cigarette ads if anyone remembers those.