In May of 1977, I was 16 years old, going on 14. While other kids that age were concerned with dating, school activities or sports, I was more concerned with getting to the magazine stand and getting the latest Trek and monster magazines that were out. Of course, that information has no bearing on the material I'm presenting today, except to fill in my own background and show how important these items were to me then, and because of those memories, they are still great to take out and read.

This time we are looking at Issue #4 of Media Spotlight, a publication put out by the same people, or at least the same company, that did "The Monster Times," except in magazine format, not newspaper, and not as much fun; but still well worth buying. Of the various Trek-oriented articles in that issue, I'm featuring the interview with Nichelle Nichols, who always attracted my gaze in every shot she was in.
(Click on images to view larger.) 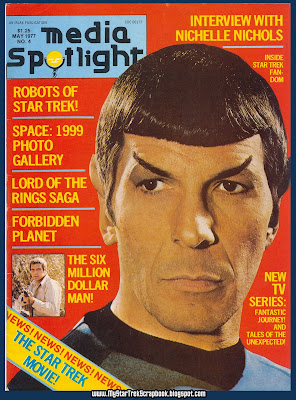 That is a great photo on the cover! 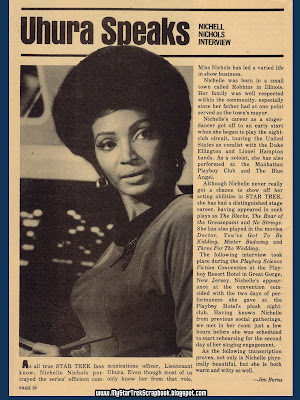 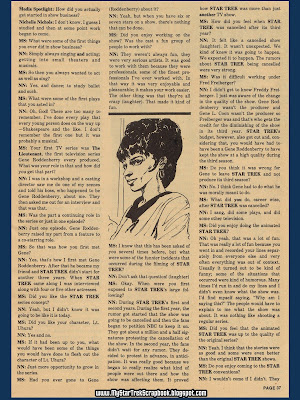 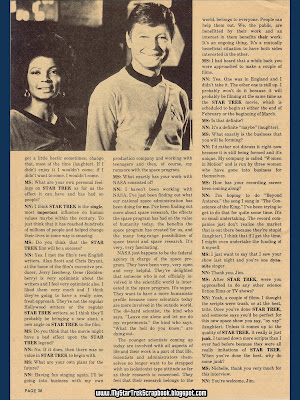 Our first bonus item today from the scrapbook is a flyer for one of the mini-cons that were a big part of the grassroots Florida fan scene back in the mid-to-late 70's. Since I could never go to them, I settled for collecting the exciting, well-designed flyers for the events. I only wish I had made some kind of date notation on them; since the year is not on the flyer, I'm not quite sure. But remembering where I was living and what I was doing when I got them narrows it down to probably 1976. They usually consisted of four pages, all of which are scanned in for you below. I'll be posting more of these flyers for other mini-cons in the future!

This mini-con, as well as most of the others that I'll be posting ads for, were organized (at least in part) by James Van Hise, the man responsible for the great "Enterprise Incidents" fanzine, which later went professional and got nationwide distribution.

And below is a final bonus item, the cover of the MECO disco album of the ST:TMP music, which came out in 1980. I put it on cassette and played that thing to death! Nice painting on the cover of an alternate ship design; I suppose that big window on the front opens up onto the shipboard discotheque. 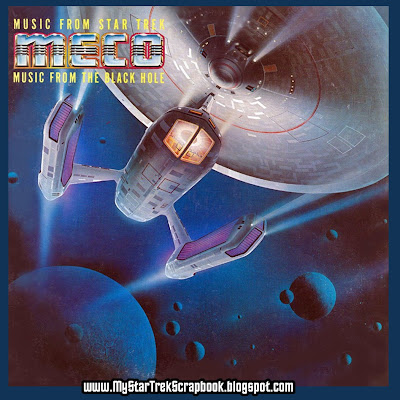 Also, the Shatner-pointing-at-a-star picture on that flyer is yet another example of a publicity photo that I have never seen, despite some 25 odd years of Star Trek nerdity. How is that possible??

I guess there's just so much out there! But it's nice to know there are still things to discover about it, which is good!

I still feel like jumping out of my chair and dancing every time I hear the "disco" version of The Search for Spock on the end of that album...until I feel my legs and back hurting, so I quickly and quietly sit back down. :P ;) :)

Hello,
I'm just discovering your "fascinating" blog and it's really great - even if I can't understand everything because I'm french.
I put your blog's link on my own blog (where I post my drawings http://sickshabbyside.blogspot.com/)
Thank you dude!
Live long and prosper

I vaguely recall this on newsstands and reading it while my mother shopped for groceries. Totally off the blog's theme, but I'd love a copy of that Six Million Dollar Man article.