From Issue #13 of Enterprise Incidents, published in January of 1984 (two issues after making the leap from fanzine to professional magazine with national distribution), comes this article on the various directors of the original series and analyses of the episodes they directed. Only this section of the magazine was in color, as it was cost-prohibitive to publish the still-new publication on all glossy pages with color stills. Although it was handy to be able to pick up the mag in the newsstands after the switch, and see color sections, I still prefered the original format, with painted or photo covers and no text blurbs, and printed on card stock. They just felt more special!
(Click on images to enlarge.) 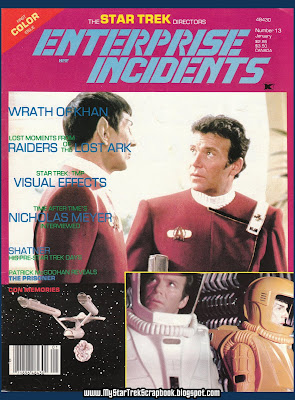 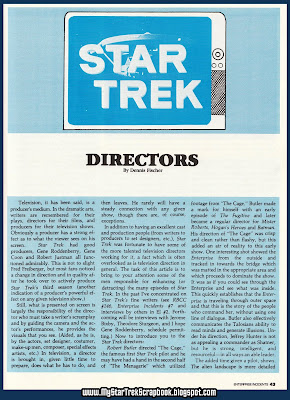 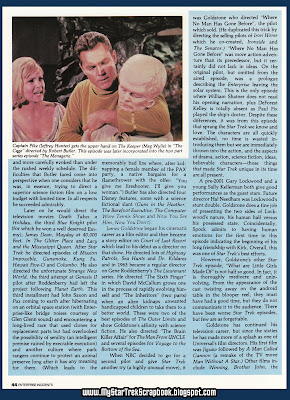 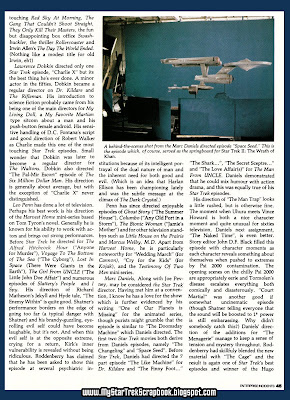 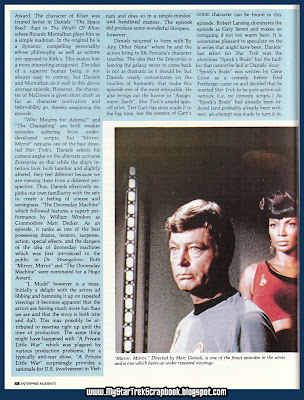 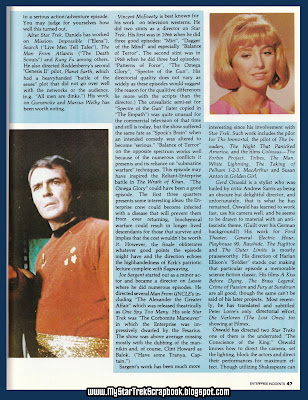 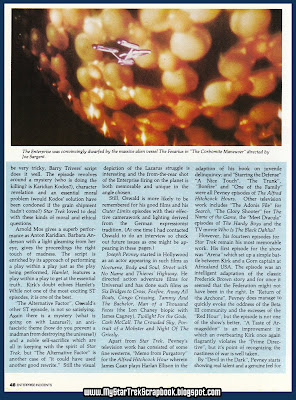 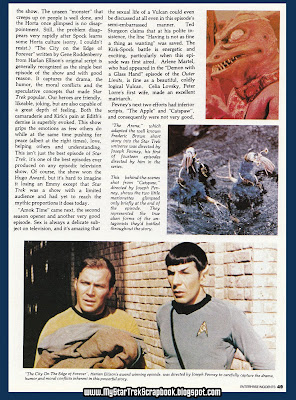 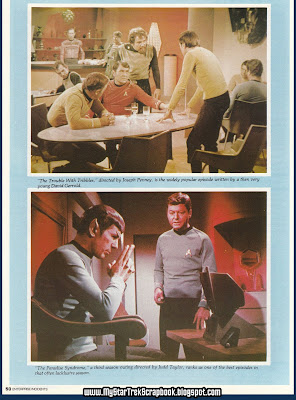 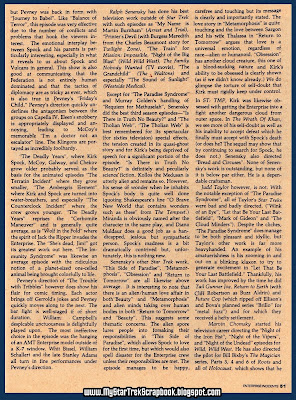 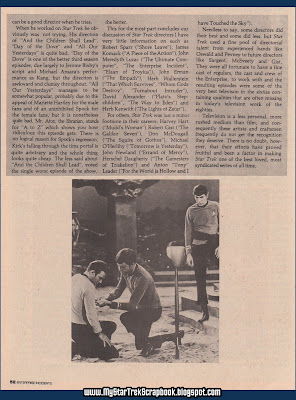 Bonus: As any fan that received them knows, the catalogs from the Roddenberry-run Lincoln Enterprises were like the Sears catalog for Trekkers; a wish book that held all sorts of items that we young fans drooled over. I did order some of the things in them; not much, but some, and had them mailed to my Grandma's house to avoid discovery by the "Parents Against Star Trek" organization, founded and presided over by the only member, my stepdad. The items I did manage to get are still treasured by me, but I also treasure the catalogs themselves for the memories they bring out. Here is one I got in May of 1976 just as the "Star Trektennial," the ten year anniversary of the show, was gearing up. Below, the side where the address was placed for mailing... 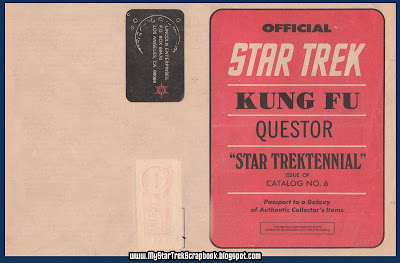 The next page in the newspaper-format catalog is actually the front cover: 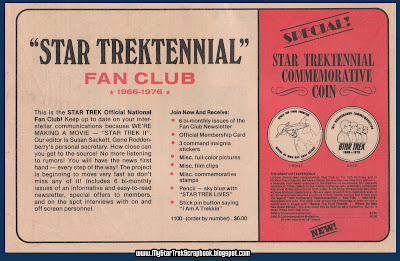 And here is the first actual page that it opens up to. You will notice the pen checkmarks I put next to items I planned on ordering, or at least really wanted. The only thing that could have made the catalog better was including items from the "Planet of the Apes" TV series! They featured "Kung Fu," so why not? 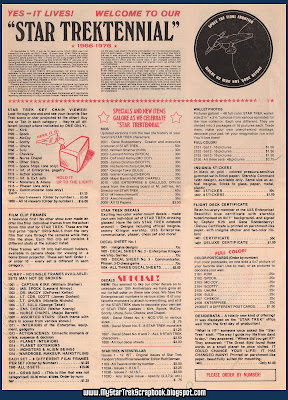 I'll post more pages from the catalogs in future entries as bonus items, so watch for them! At any time you can find all of them by using the "Lincoln Enterprises" tag on the right sidebar. I also plan on featuring some the the items themselves, as in an earlier post here. If you have good memories of these catalogs or getting items from the company, leave a comment and share them with us! As mentioned on this blog before, here is a Flickr photo group devoted to sharing film clips bought from this company. And, Rod Jr. is now running the company, (see this StarTrek.com article on it) and some of the old items can still be bought there, at http://www.roddenberry.com/.
Posted by Frederick

Ah, the Lincoln Enterprises catalog..? I looked over this very one over and over with my personal 'mental wishlist'.. Ordered a few things out of it, excellent resource, and just FUN to browse. THANKS for posting this!

Glad you enjoyed seeing it again! And thanks for commenting. It was fun to read and dream wasn't it? Now it's fun to read for the memories it brings!

could you post the visual effects article from this issue?

Thanks for asking, I plan to post it soon! It is Part 2, however, and I don't have the mag with Part 1. But look for it pretty soon!