1980 article on ST:TMP from "Superstar Heroes"

The time leading up to and around the release of "ST:TMP" was exciting, and a great period of collecting for me, since magazines and articles in any place were what I looked for. Below is the January 1980, issue #11 of "Superstar Heroes," which was on the stands in December of 1979. This publication was a step above in quality "Media Spotlight" but several below "Starlog." This extensive article on the new movie has some great pictures and info, but there are several inaccuracies concerning production on both the new movie and the original series. Oh, and thanks, writer, for totally exposing the plot twist of what V'Ger was. Way to blow what little suspense there was!
(Click in images to enlarge.) 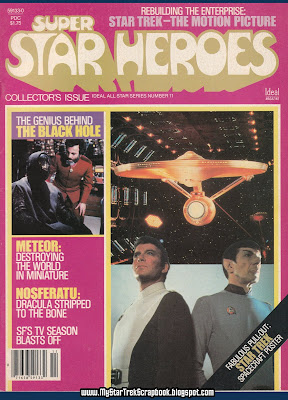 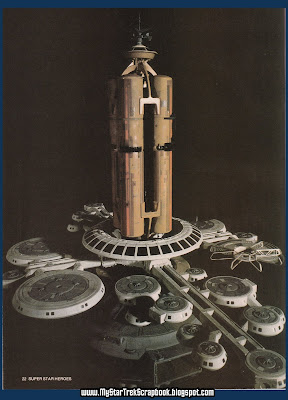 Nice view of the model for the orbital dockyards office... possibly the best photo you'll see for examining details. 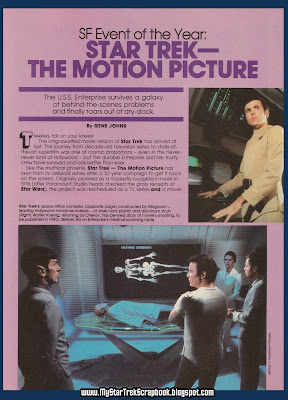 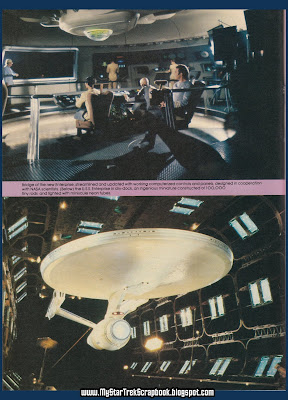 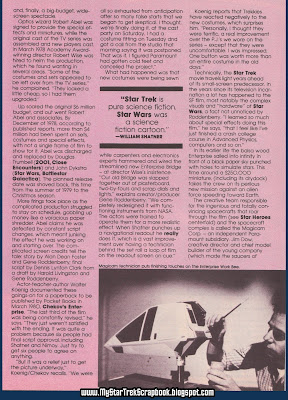 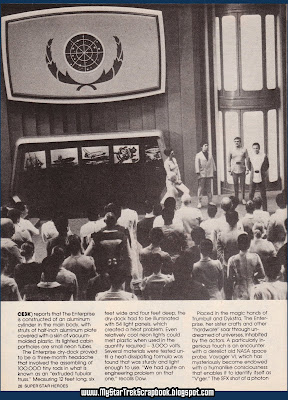 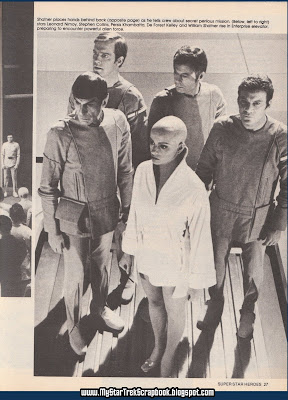 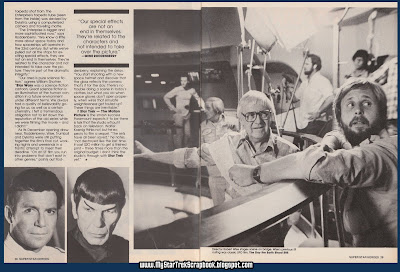 "Alright, for the next scene we'll have them stare in awe at the viewscreen for 20 minutes straight."

Bonus: Below is the first of some coming bonus images covering the 4 original series coasters in the set released in 1998 by Newfield Publications. Newfield offered the set of 16 coasters (four from each of the Trek series) for free when you tried out their subscription for card pages that went into Trek database notebook binder. (Here is the Memory Alpha page on it: Trek Giant Cards.) I didn't subscribe to it, I just got the binders and the first set of cards for it. But I will post what I do have, those pages on the original series that are interesting, as time goes by. 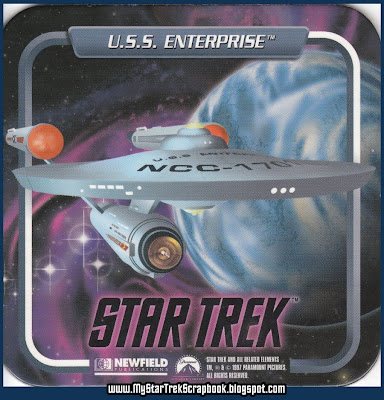 And another bonus, one of the nicely-painted cards in the Skybox ST Masterpiece Series put out in the 90's. Of course I'm starting out with one of my favorites from the series.... wonder why? 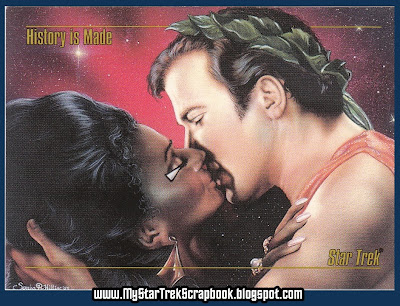 The kiss may have been forced by the Platonians, but the tongue he slipped her was all his idea. 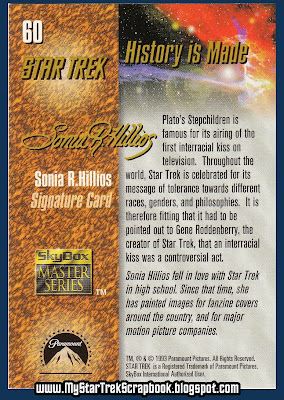 "The Genius Behind The Black Hole" - I'm guessing that was a short article. Zing!

"Give him a big hand folks, he'll be back later tonight!"

I don't often leave comments about other people's comments, but Jay, that was danged funny.

Too kind, sirs, in regards to my tomfoolery. I live to amuse.

Wow! Just wow, fantastic post, thanks for sharing.
The detail on the orbiting office station is amazing.
I loved the fact that it's still under construction and in ST-TMP you see the worker bee pobs flying in with pieces to complete the construction.

I see new things in TMP every time I watch it :)

I have enjoyed watching the Director's Cut on my big screen several times in the past year, and I too have noticed quite a bit that I didn't before.