Through the power of my awesome intellect and formidible brain power (which enabled me to open my collection cabinet, bring out this magazine, scan the pages, format them for the page, and upload them), I am presenting for your enjoyment this time the Mad spoof of "The Search For Spock," published in December of the Orwellian 1984. Behold, the epic known as "Star Blecch III: The Search For Plot." 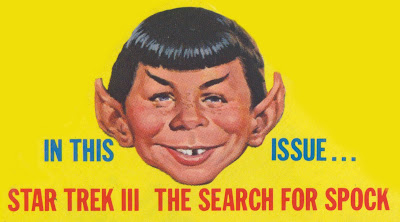 Alfred says to click on the images to enlarge and not worry so much. 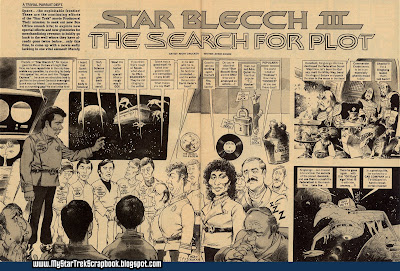 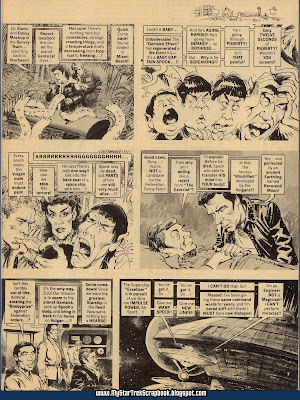 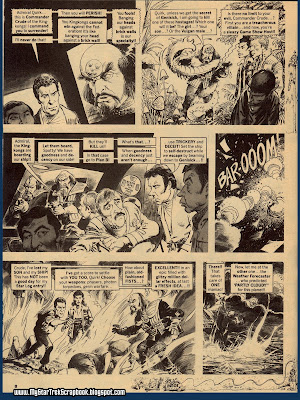 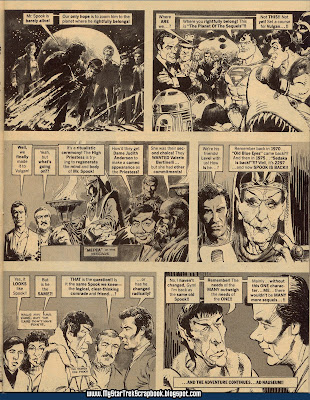 Below, from the same issue, Don Martin looks at the movie... 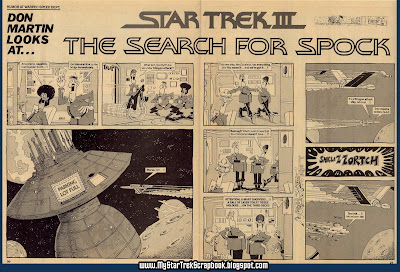 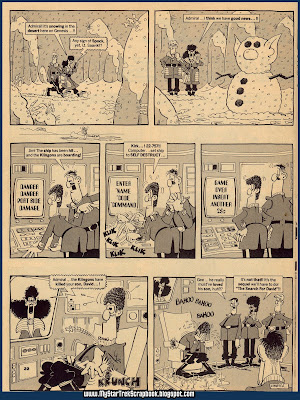 Bonus item #1: Below is the cover of the great fanzine "Enterprise Incidents" #5, put out in December of 1977. The art is depicting ships from the Franz Joseph Technical Manual, which many fans really took to heart. I'm certain that the space station seen in Star Trek '09 was inspired by the Starfleet headquarters depicted in the manual. 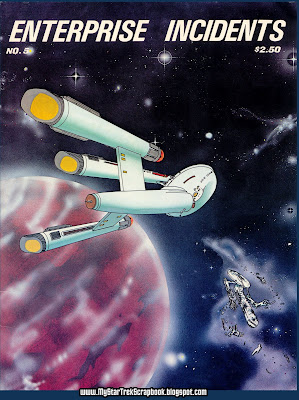 The next bonus item is from the back cover of the November 1974 issue of "The Monster Times." These ads and subsequent reports on the early conventions were as close as I ever came to them, but I enjoyed knowing that others shared in my love for the show to such an extent.

If you have memories of attending that convention, or anything associated with it, share them with us! Heck, even if you didn't go and have no memories of it, enjoy reading about it and comment anyway... I'm not particular as long as I hear from you! "Return with us now to those thrilling days of yesteryear..." And yes, I did own both of those "stupendous" and "colossal" life-sized posters advertised. I still have the Spock one; don't ask what happened to the Kirk one. Just... don't ask.
Posted by Frederick

hehehe - with a comment like that about not asking, I have to ask! What happened to the Kirk one?

Although not as exotic as some might imagine, the explanation will, reluctantly, be forthcoming soon. It's a sad memory... of posters loved and lost.

Frederick, I have those band-aids, as well as a first-aid kit that went with it! My box is more of a hot-pink - yours looks red. The band-aids themselves are Trek-themed too.