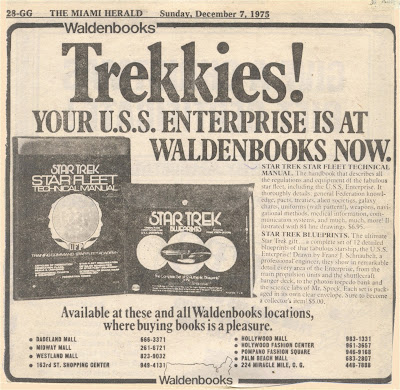 Clipped with feverish anticipation from the Miami Herald on December 7, 1975. Four years later the first Trek movie would be released on Dec. 7th. Just sayin'.


Below is an ad that ran in the TV Guide about the same time. The Tech Manual and Blueprints were the biggest thing that happened that year, as far as I was concerned! Even my first kiss paled in comparision. But, you would understand if you saw a picture of the girl. 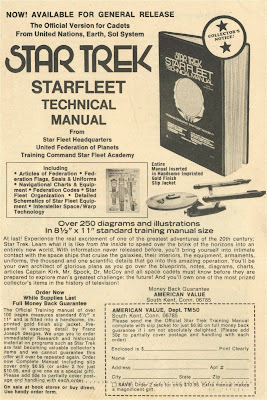 Bonus: Below is a scan of the 1976 package for a large poster that contained a Trek-oriented crossword puzzle. The poster inside is identicle to the image on the cover, only larger. I think it's funny how Kirk is shooting at something from safely behind Spock. 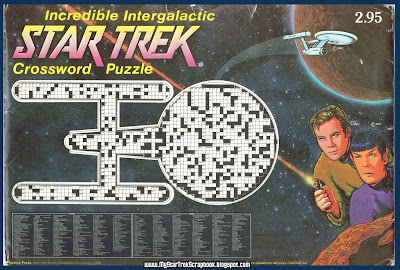 "Don't move, Spock... it doesn't seem to like Vulcan blood!"
I've been a bit lazy concerning how I posted the 1976 Star Trek cards by Topps... just haphazardly, with smaller images and not showing the backs. Well, no more! I am now posting larger scans, with the backs included, in numerical order, only skipping over those already posted. I start off the better approach to sharing them with the great box top, below: 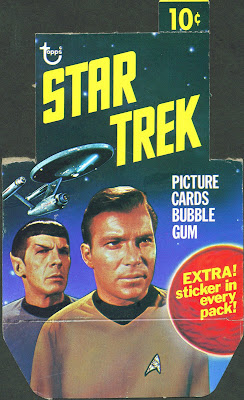 Ten cents! Compare that price for what you might pay nowadays for a pack of collector's cards! Today's kids don't use bubblegum cards to put in their bicycle spokes, that's for sure. If they could afford them, they'd have to pry them from the cheeseburger-greased hands of the slurpee-guzzling parent's-basement-dwellers who are buying them for their collections. (No offense to such, if this applies.) 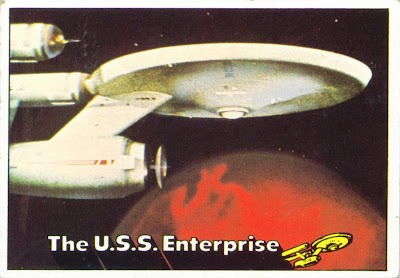 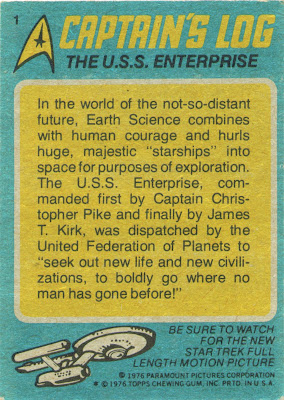 Note the tag about the coming movie... it would be another three very long years before it came out.
Posted by Frederick

One of the few books of mine to survive Katrina in 2005 (it was at my office rather than my home) was my original release Technical Manual. Had years of enjoyment drawing the ships and setting up my own designs. Still have the blueprints too.